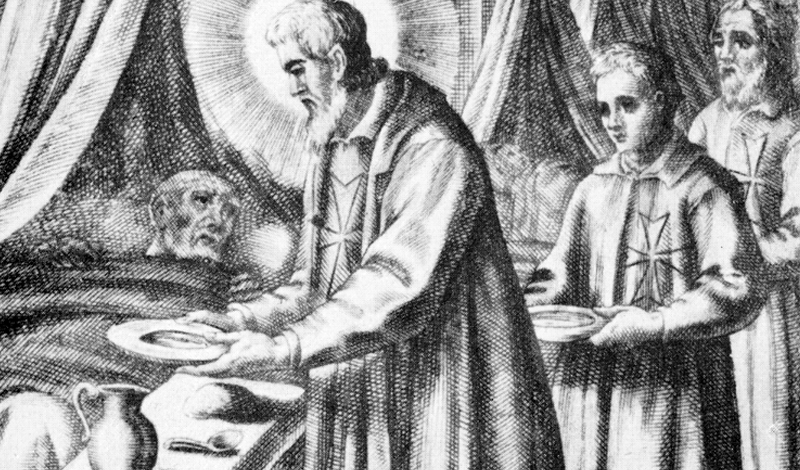 The birth of the Order of St. John dates back to around 1048. Merchants from the ancient Marine Republic of Amalfi obtained from the Caliph of Egypt the authorisation to build a church, convent and hospital in Jerusalem, to care for pilgrims of any religious faith or race.

The Order of St. John of Jerusalem – the monastic community which ran the hospital – became independent under the guidance of its founder, Blessed Gérard. Pope Paschal II approved the foundation of the Hospital with the Bull of 15th February 1113, and placed it under the aegis of the Church, granting it the right to freely elect its superiors without interference from other lay or religious authorities. By virtue of the Papal Bull, the Hospital became a lay-religious order. All the knights were religious, bound by the three monastic vows of poverty, chastity and obedience.

The constitution of the Kingdom of Jerusalem obliged the Order to take on the military defence of the sick and the pilgrims, as well as guarding its medical centres and main roads. The Order thus added the task of defending the faith to that of its hospitaller mission. As time went on, the Order adopted the white eight-pointed cross that is still its symbol today.