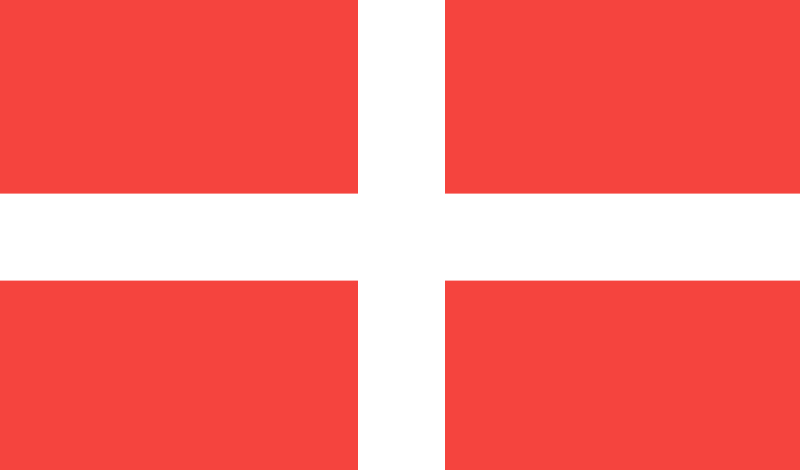 The red rectangular flag with the white latin cross is the State flag of the Sovereign Order of Malta. Called the flag of St. John, it has been used since ancient times. Giacomo Bosio’s “History of the Order “ (1594), records that in 1130 Pope Innocent II had decreed that “…Religion in war should bear a standard with a white cross on a red field”. Following Pope Alexander IV’s Bull of 1259 permitting the Knights in war to wear a red mantle bearing a white cross, the Order began to make systematic use of the latin cross as its emblem. In 1291, the Order left the Holy Land for Cyprus where its sea faring vocation flourished and from that time onwards, the knightly standard was flown over their ships for the next six centuries. Today the State flag flies over the Order’s Magistral Palace in Rome and accompanies the Grand Master and members of the Sovereign Council on official visits. 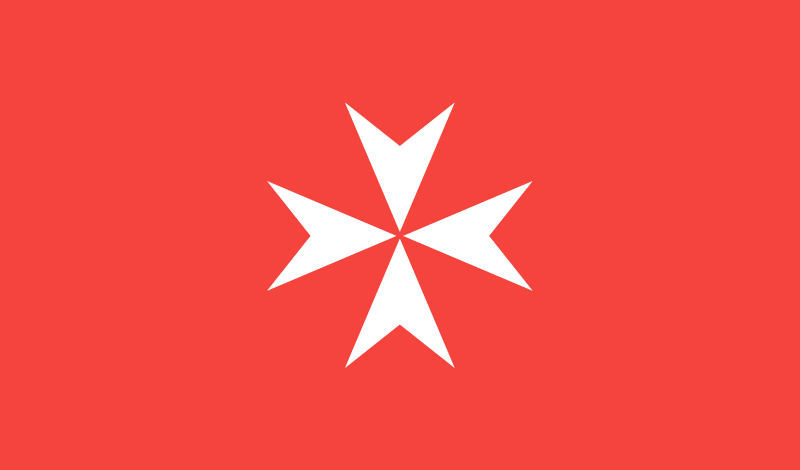 The Flag of the Order’s works

The red flag with the the eight-pointed white cross is the flag of the Order of Malta’s works. The eight-pointed cross has been used in the Order as long as the latin cross, and stems from the Order’s ancient links with the Republic of Amalfi. Its present form dates back over 400 years; the first clear reference to an eight-pointed cross was its representation on the coins of Grand Master Fra’ Foulques de Villaret (1305-1319). This is the flag flown by the Order’s Grand Priories and Subpriories, its 48 National Associations and over 100 diplomatic missions around the world. It also flies over hospitals, medical centres and out-patients’ departments, as well as wherever the Order of Malta’s ambulance corps, foundations and specialised units operate. 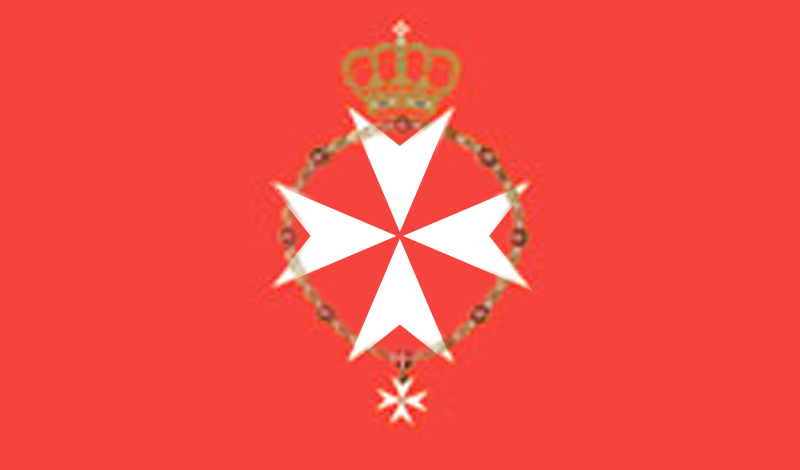 The Flag of His Highness the Grand Master

The red flag with white eight-pointed cross encircled by the Collar and surmounted by a crown is the personal flag of the Grand Master. It flies over the Magistral Palace and the Order’s Magistral seats when he is in residence. 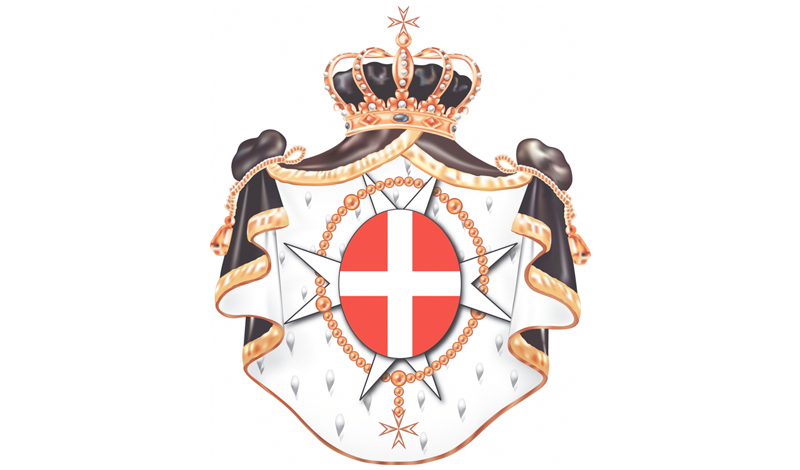 The armorial bearings of the Order display a white latin cross on a red oval field surrounded by a rosary, all superimposed on a white eight-pointed cross and displayed under a princely mantle surmounted by a crown (as described in Article 6 of the Order’s Constitution). It is the emblem of the Sovereign Order of Malta’s Grand Magistry and its Institutions: Grand Priories, Subpriories, National Associations and Diplomatic Missions. 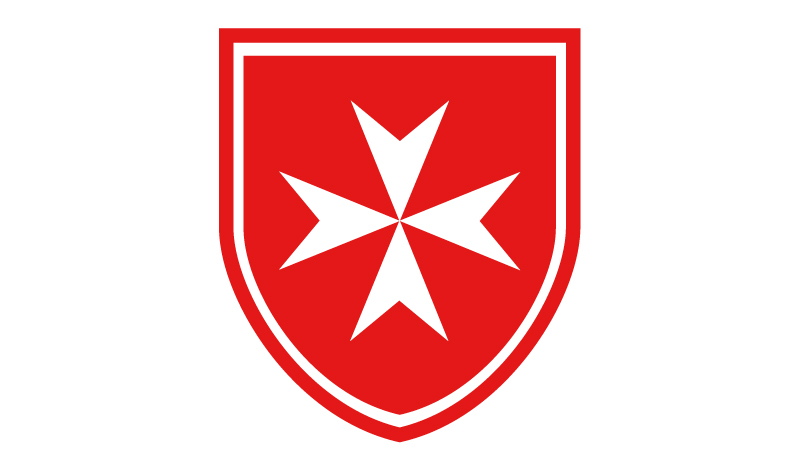 The Emblem of the Order’s works 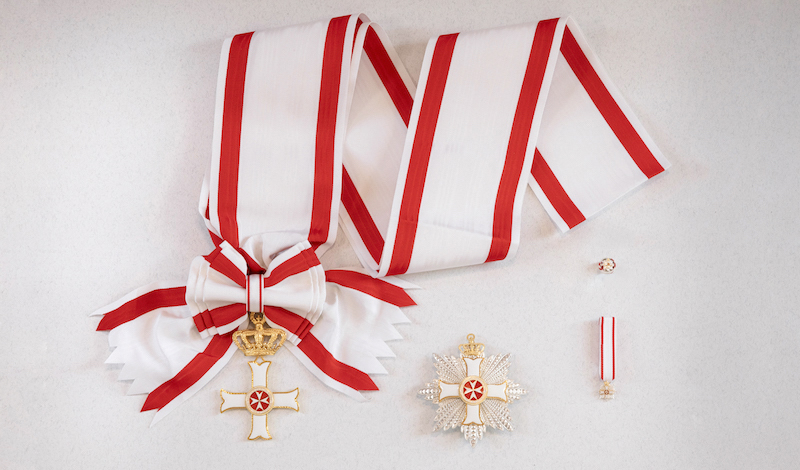 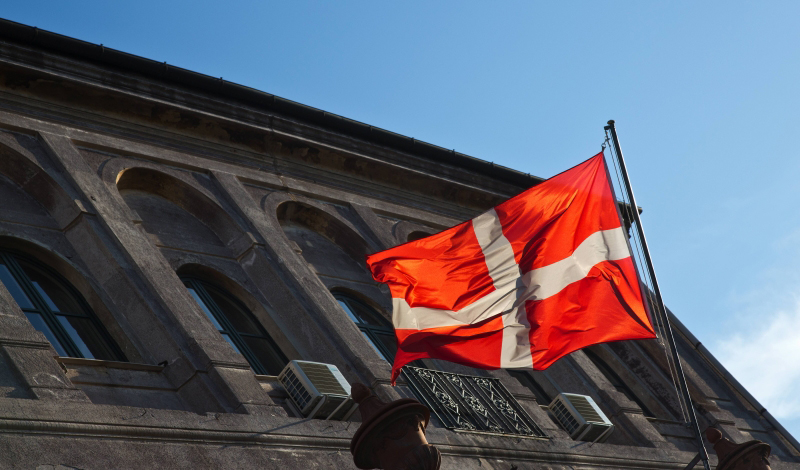 The Order of Malta’s system of governance 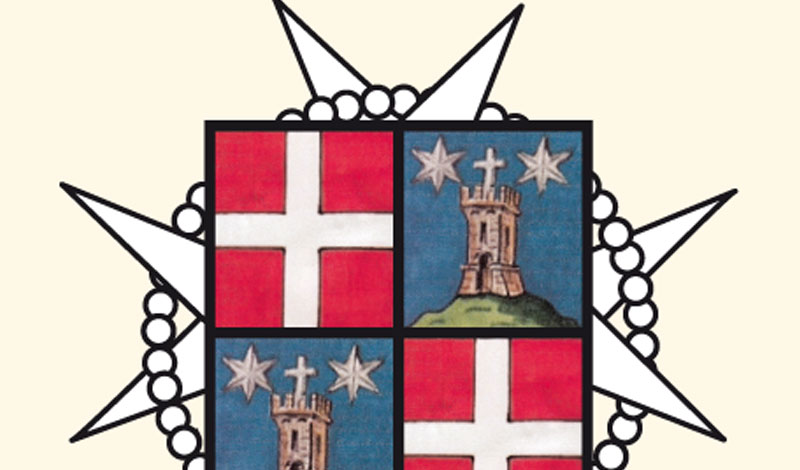 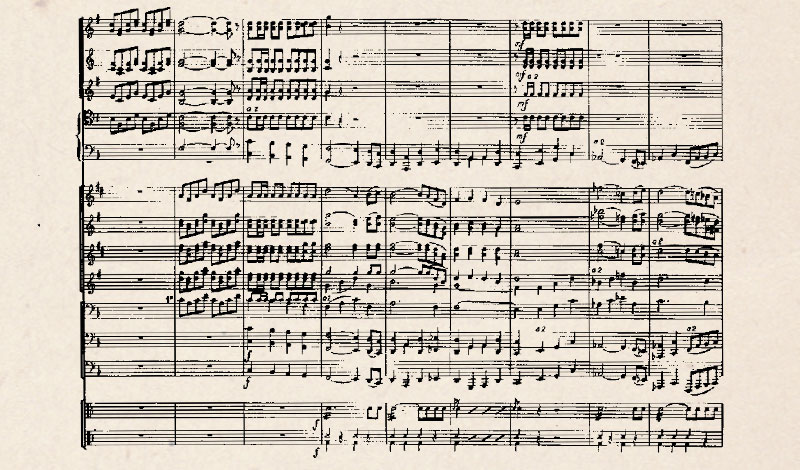 Anthem of the Sovereign Order of Malta: Ave Crux Alba