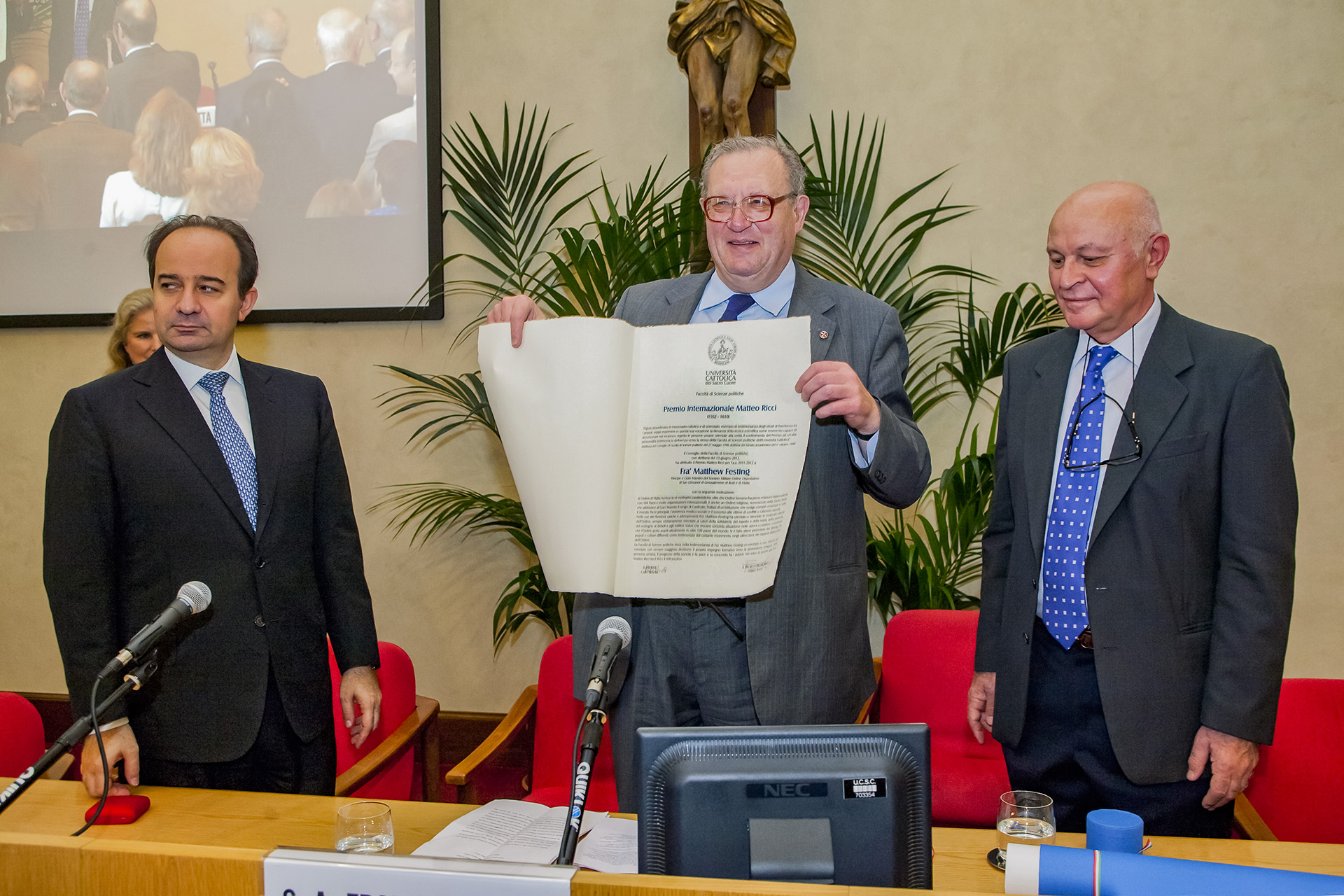 The Grand Master honoured by the Catholic University of Milan

“The testimony of Fra’ Matthew Festing offers the Faculty of Political Science of the Sacred Heart Catholic University  an example and an incentive for resolutely continuing to steer its educational commitment towards the integral promotion of the human being, the progress of society, and peace and goodwill among people, in the wake of Matteo Ricci’s work in the 16th and 17th century”.  This was the motivation for conferring the 2012 Matteo Ricci award on the Grand Master of the Sovereign Order of Malta during a ceremony held on 23 October in Milan’s Catholic University.   The award was presented by the Pro Vice-Chancellor of the Catholic University, Franco Anelli, and the Dean of the Faculty of Political Science, Carlo Beretta.

For the occasion, the Grand Master gave a Lectio Cathedrae Magistralis entitled “Charity: the basis of civilized human life. How the Order of Malta should play its part” attended by students and professors.

“Matteo Ricci’s work,” stated Fra’ Matthew Festing, “was based on a conscientious study and a profound respect for the culture, history and traditions of the Chinese society to which he had brought the word of God.  This was the great strength of his apostolate, his being “Chinese with the Chinese”.  We also work with this spirit and this conviction. The Order of Malta communicates “in the field” with the most varied cultures and religions.  And it can do it because – every time and in every place – it starts a new assistance project without discrimination or prejudice, open to the different social and political systems, cultures and religions. Wherever we operate,” concluded the Grand Master, “we always try to respect the traditions, cultures and religions of the people who live and work there. This is how we are able to bring our assistance to every part of the world.