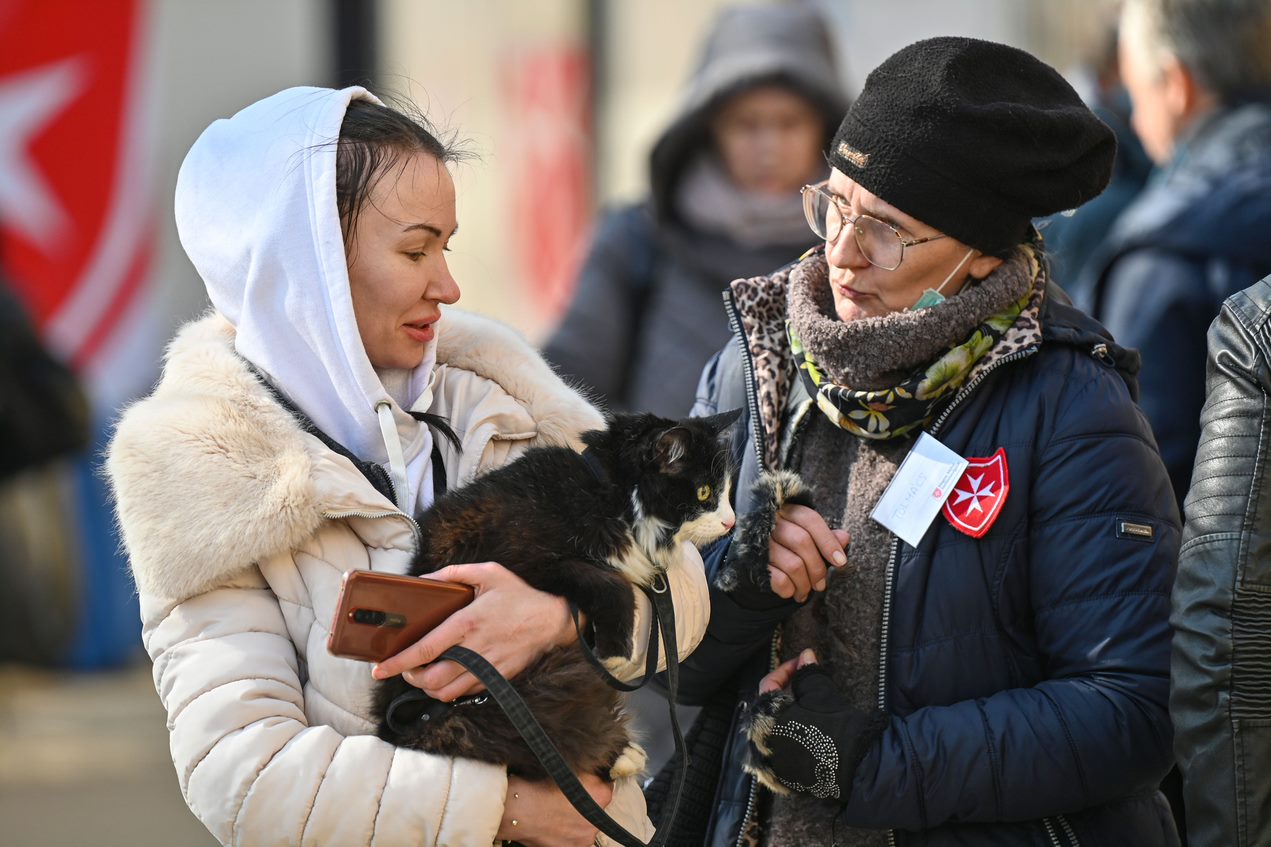 With over 12 million people in need in Ukraine – of whom 6.5 million are internally displaced – the Order of Malta’s network is scaling up its relief operations both in Ukraine and in the neighbouring countries. More than 4.2 million people have now crossed the borders to find refuge from the war.

In Ukraine, some 33,000 portions of food, 4,500 blankets, field beds and sleeping bags have been distributed. Two ambulances have been handed over to hospitals, including a mobile medical clinic from the Order of Malta’s international relief agency, Malteser International.

In Hungary support and pick-up services at the border in Beregsurány, as well as accommodation and assistance for incoming refugees, are offered. Hotpots run in different areas of the country, three only on Budapest where refugees are provided with information and assistance. The Hungarian charity service of the Order of Malta has assisted over 43,000 refugees.

In Poland the Order of Malta is providing a service shuttle service, medical points at border points in Hrebenne, and Korczowa on the Ukranian side, and food distribution at Lubycza Krolewska.

In Romania around 1,600 refugees arrive daily at the Ukrainian border at Sighetu Marmației, Siret and Satu Mare; accommodation and cross border pick-up service for vulnerable people is provided. Transportation and accommodation service to incoming refugees at the Ukrainian border at Vysne Nemecke is offered in Slovakia where special care is provided in particular to children and mothers.

The Order of Malta in Germany is also transporting relief goods such as clothes, blankets, hygiene and medical equipment, food tents, field kitchens, camp beds and other equipment amounting to over 2,600 tons of goods to Ukraine and neighbouring countries. The Order of Malta in Germany has also evacuated dozens of wounded or sick people and has transported disabled children to safe locations.

The Austrian, Belgium, Czech Republic Grand Priories and Associations are all offering shelters and reception centres for refugees. Italy is coordinating aid shipments collected by the three Grand Priories, through its relief corps. Likewise, many other associations such as the Spanish, Portuguese, Swiss are also contributing to shipping goods and running fundraising campaigns. 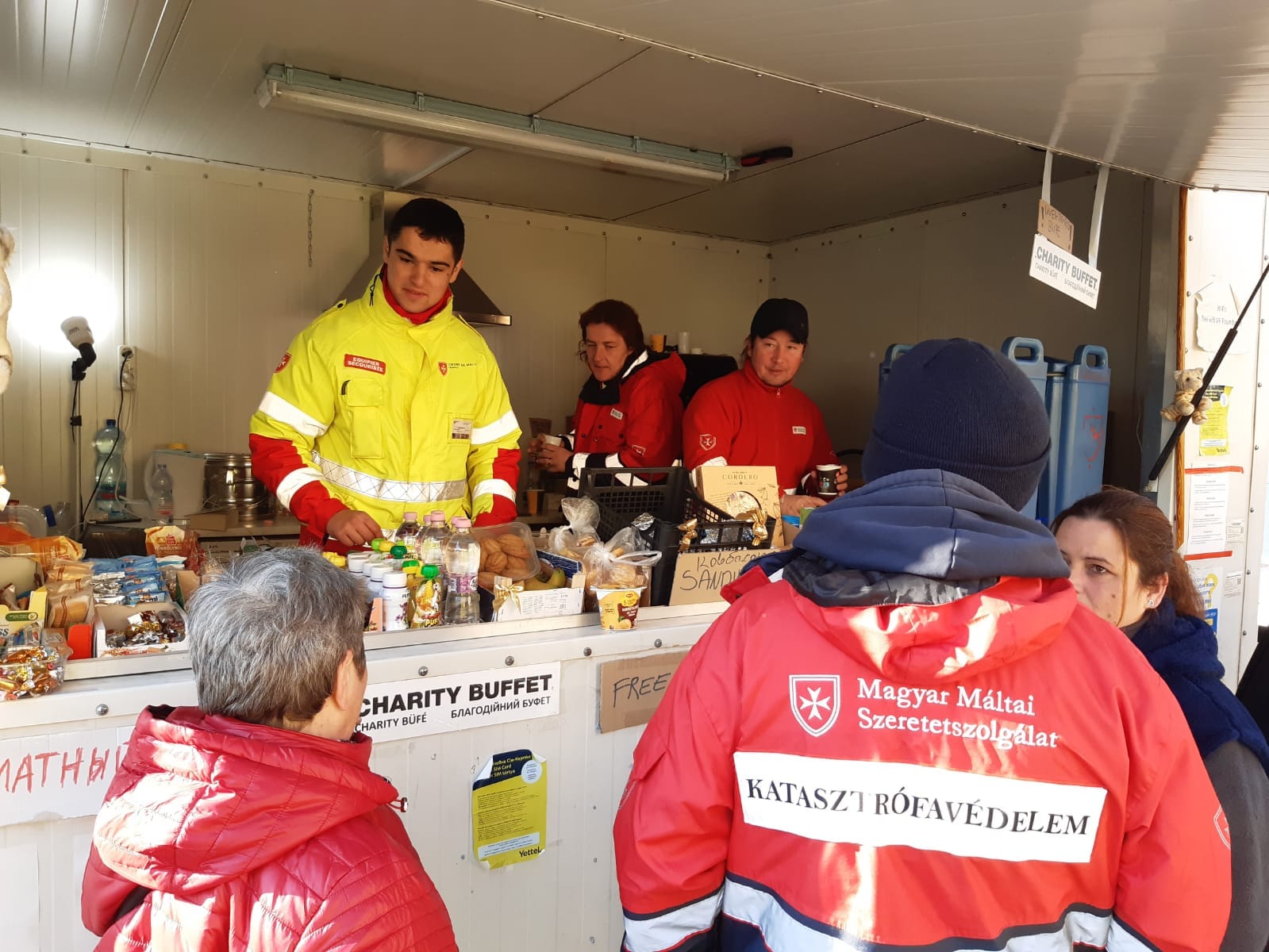 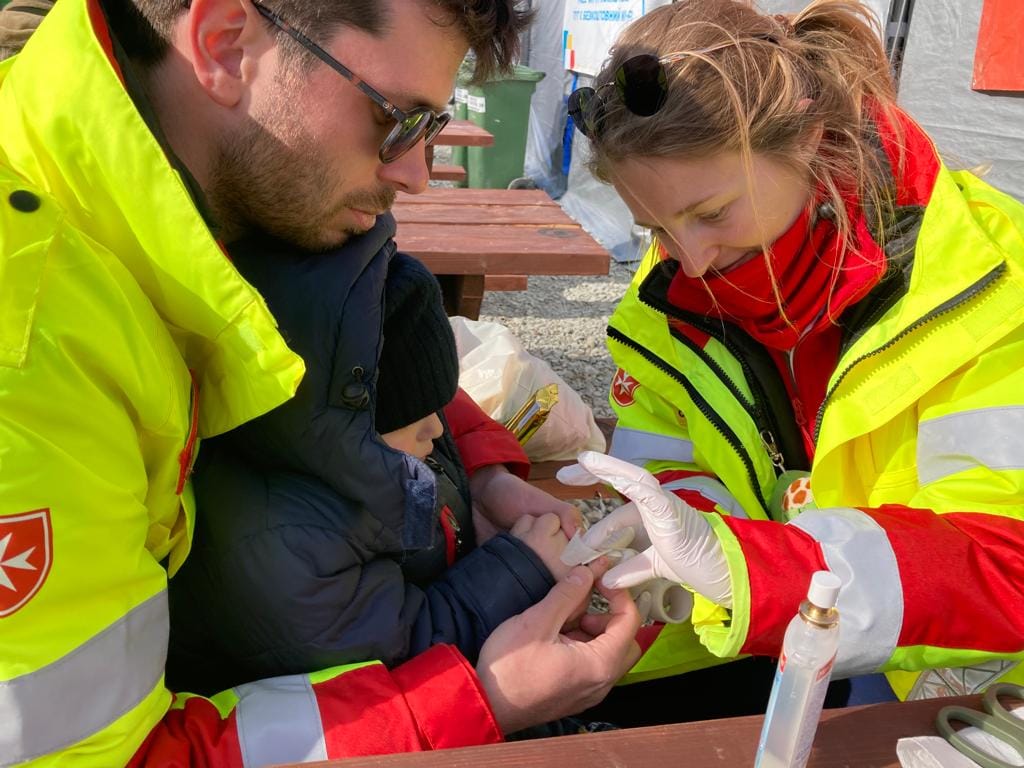 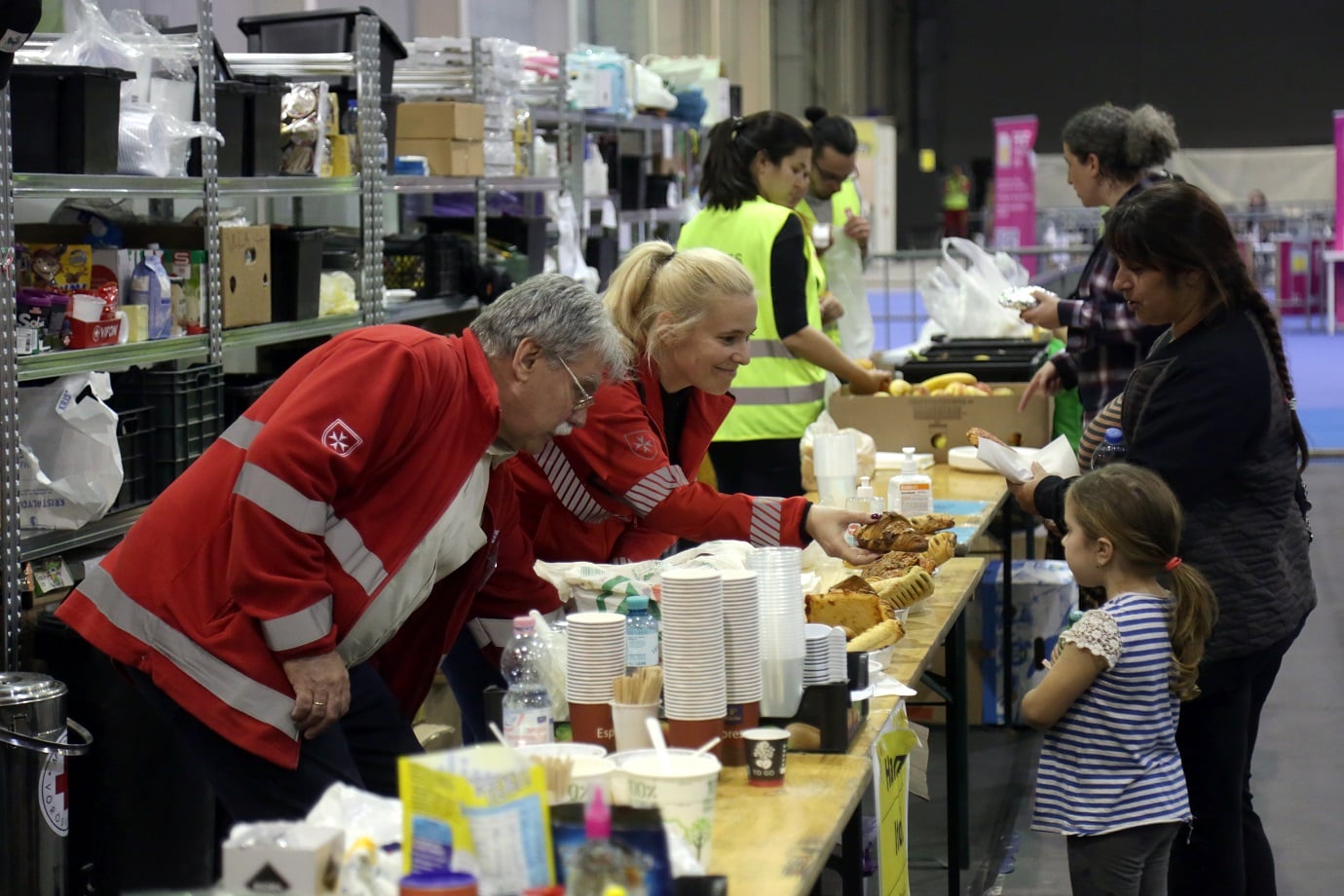 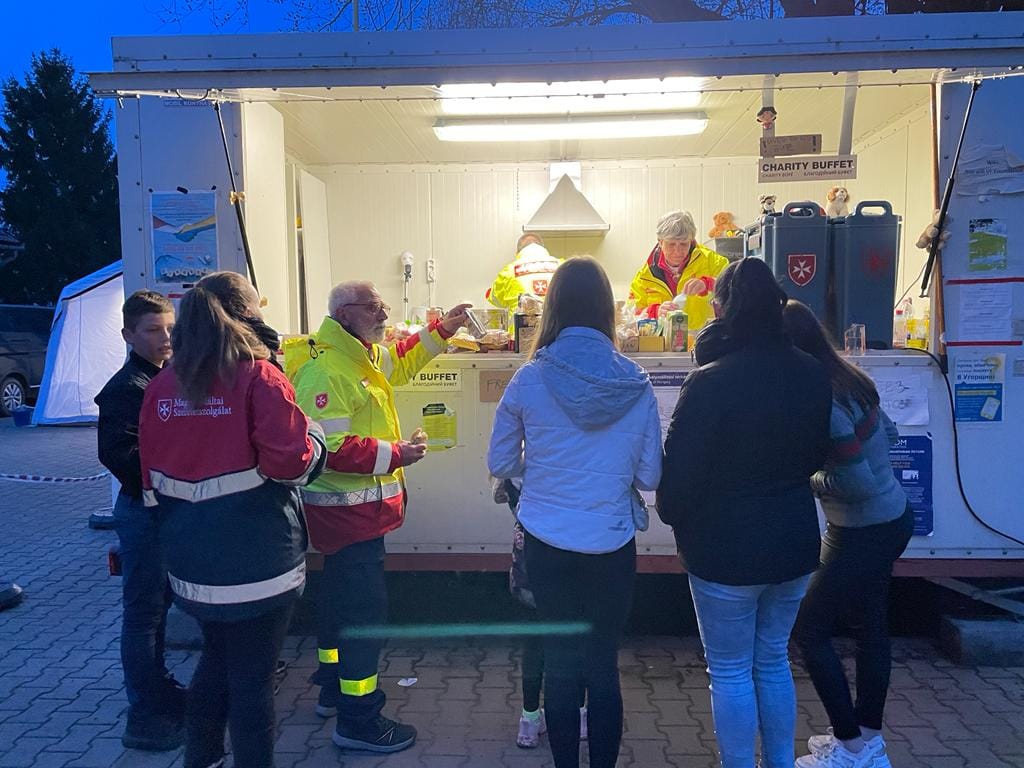 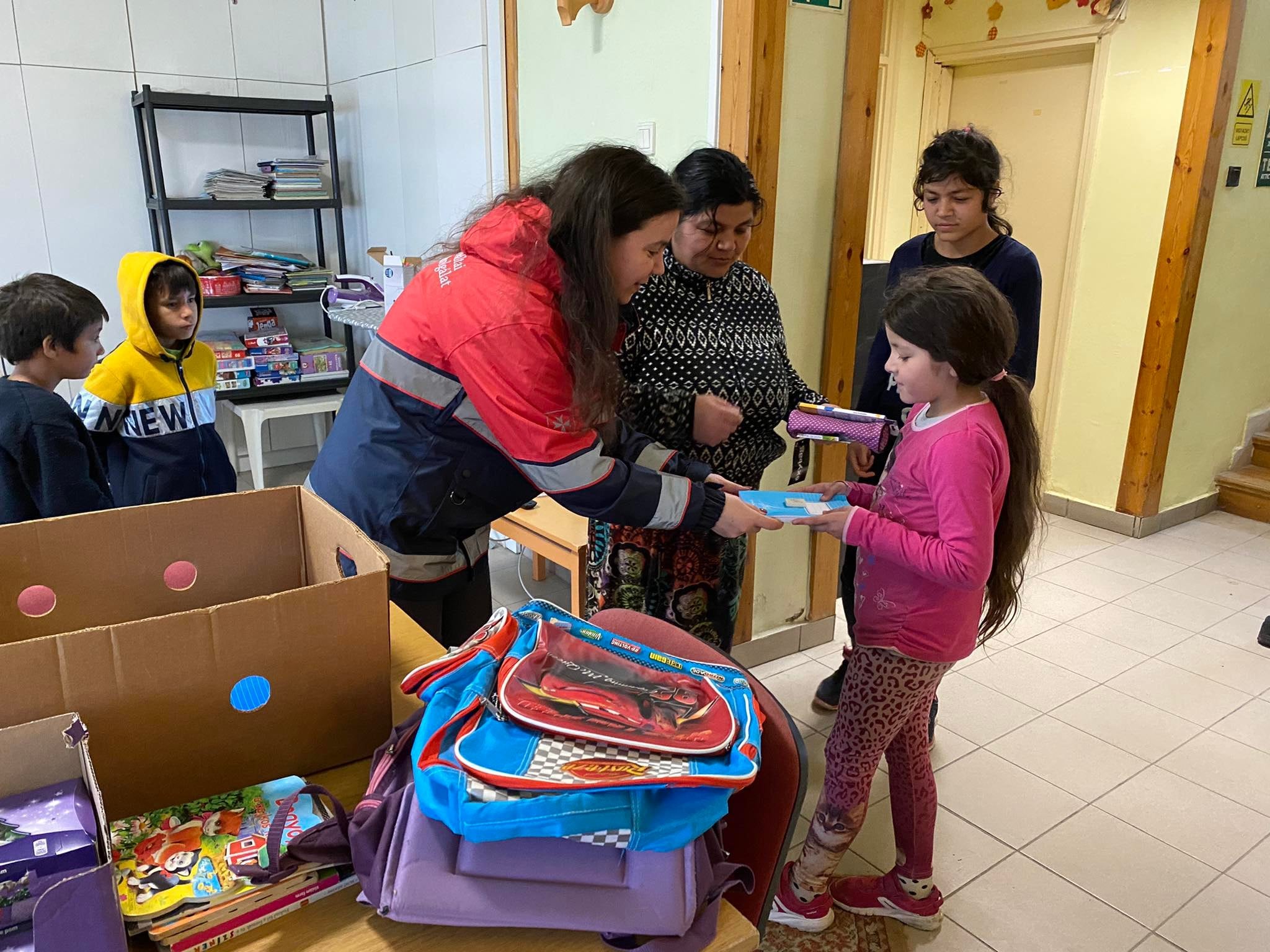