Prisoners’ Aid is an Important Service in the United States 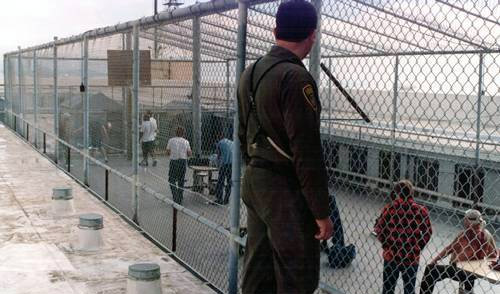 With over 25 percent of offenders worldwide, the United States has the world’s largest prison population. There are currently two million people incarcerated in state or federal prisons and four million on probation. A situation that has repercussions on the living conditions of inmates since recent estimates state that American prisons are operating at 40 percent above capacity.

Aid and psychological assistance for prisoners is one of the main activities of the Order of Malta’s American Association. This project also involves the Order’s other north-American entities – the Federal, Western and Canadian Associations – and has led to the creation of a coordination committee. There are 31 US states in which the Order’s members and volunteers are running aid programmes for prisoners and their families.

Because of the very high rate of recidivism (65 per cent of ex-offenders end up in prison again), much of the Order of Malta’s efforts are aimed at helping ex-offenders reintegrate into society by providing job training and finding them housing immediately after release.

With an overall prison population that has increased by a third since 1980, the Order of Malta is also concentrating on prevention and it provides awareness courses in high schools to educate young people – especially offenders’ children – to remain within the law.

The Order of Malta also assists the families of the incarcerated during prison visits, and through Bible readings and praying provides an important psychological support for inmates, some of whom are on death row.