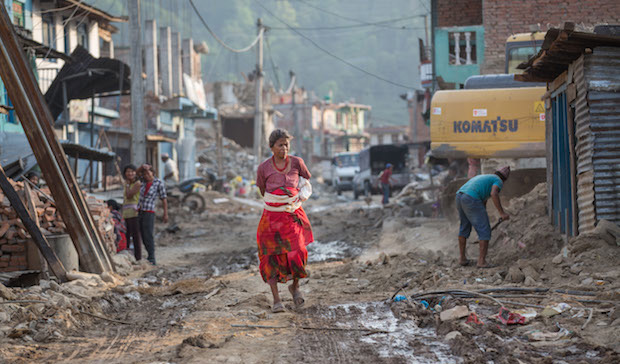 In the first three months after the severe earthquake which hit Nepal on the 25th April 2015, Malteser International, the Order of Malta worldwide relief agency, provided emergency aid for around 33,000 people. In the especially hard-hit districts of Sindhupalchok and Khavre north east of the capital, the aid organization provided 4,600 families in 54 communities – a total of almost 28,000 people – with essential food supplies, hygiene articles and tarpaulins for the construction of emergency shelters. Since it opened at the end of May, around 5,000 sick and injured people have received treatment at the Malteser International led field hospital in Lamosanghu, near to the Chinese border. In light of the violent destruction in the country, the Order of Malta plans to continue to support Nepal with rebuilding efforts through the coming years.

“After three months, the need of the people remains huge. Nepal is one of the world’s poorest countries. Before the earthquake, many people had very little. Now they have to build a whole new existence,” says Oliver Hochedez, Emergency Relief Coordinator at Malteser International. “More than this, the people are living permanent fear of new tremors and landslides. The heavy rainfall during the monsoon could cause further rubble collapses and landslides, which pose a further challenge for both the population and aid organizations. Many of the survivors are heavily traumatized.” The Order of Malta will further strengthen its medical aid with the operation of medical mobile teams and measures to help survivors deal with their trauma. Additionally, it is preparing a distribution of blankets, winter clothing, and food as well as the construction of additional emergency shelters to help the population through the cold season that follows the monsoon.

Whether it is clearing of rubble and debris, or rebuilding houses, Malteser International’s work is undertaken in close collaboration with local partners and the active participation of the population. “We show people how they can improve their situation for themselves, and how we can work together in the rebuilding. They know their own country better than anybody else and we make use of that knowledge – for example, when it comes to the design of buildings and houses,” Oliver Hochedez explains, “At the same time, working with us helps them to focus on the future again, instead of the destruction and the past.” Malteser International is distributing 920 sets of tools: containing shovels, saws and wheelbarrows, as well as renting heavy equipment such as excavators and shovel loaders, to help with clearance work in the villages. 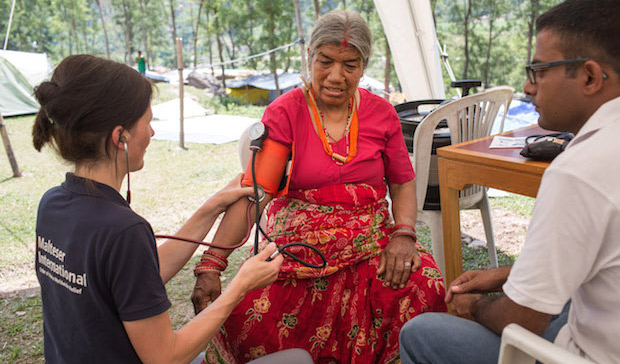 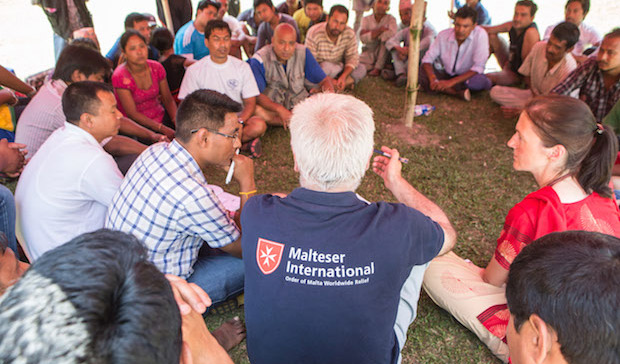