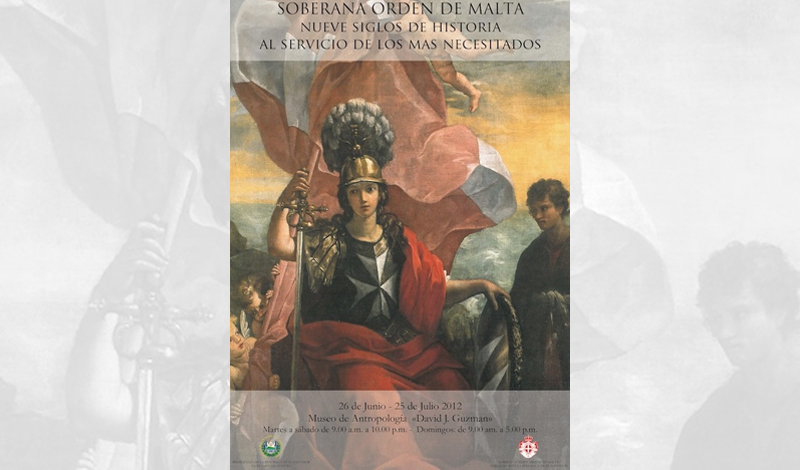 To mark the celebrations in honour of St John the Baptist, the patron saint of the Order of Malta, the Order’s embassy in El Salvador has launched a series of cultural and philatelic events.

From late June on, the prestigious David J. Guzman National Museum of Anthropology in the capital, San Salvador, hosted the exhibition “The Sovereign Order of Malta: nine centuries of history serving the most needy”. The exhibition – which included objects, uniforms, photographs and illustrations – uses the impact of visual images to tell the story of the Order of Malta’s history and its current commitments. During the inauguration, the Order of Malta’s ambassador to El Salvador, Maria Emerica Cortese, referred to the intense medical and social activities carried out by the Order in five continents, highlighting the work done by the Order’s Association, which has been operating in this Central American country since 1974.

Beforehand, a ceremony to launch a joint stamp issue, the first in the history of El Salvador, was held at the Ministry of Foreign Affairs. The Minister of Government, Ernesto Zelayandia, and the Deputy Foreign Minister, Jaime Miranda, were both present. Paying tribute to the Order of Malta and its patron saint, the philatelic series features two illustrations of St John the Baptist found in two churches in El Salvador. The Order of Malta’s Magistral Post Office in turn issued two stamps featuring the same illustrations.

The Order of Malta in El Salvador
Diagnosing and monitoring osteoporosis is the new project launched by the Order’s Association in El Salvador this year, adding bone density testing to its range of medical services. The Association runs nine medical centres that offer medical treatment, nursing, clinical testing, dentistry and physiotherapy to the poor. Over 140,000 medical examinations were carried out in 2011.

The Association also runs a donation programme which channels humanitarian aid from national and international organisations to El Salvador’s public institutions, such as hospitals, orphanages, nursing homes and schools.