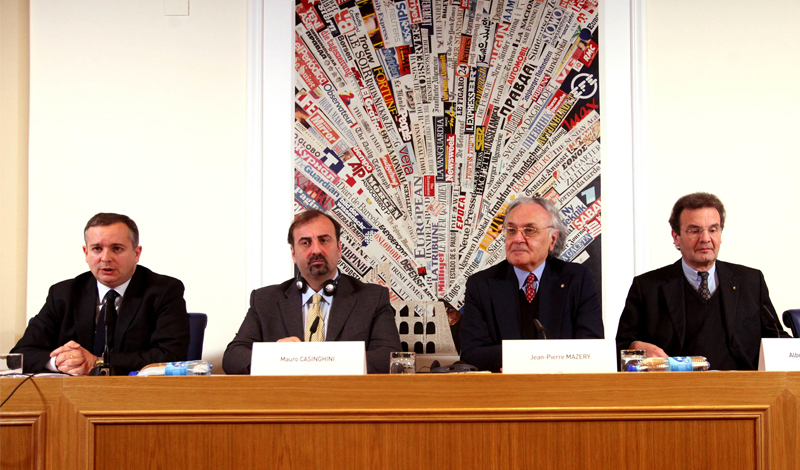 Over 5,000 members and volunteers are expected.  Saturday the meeting with the Pope

Tomorrow the Sovereign Order of Malta’s week of celebrations starts in Rome for the 900th anniversary of Pope Paschal II’s Solemn Privilege Pie Postulatio Voluntatis of 15 February 1113, that officially recognised the monastic community of the Hospitallers of St. John of Jerusalem and gave it its sovereign and independent status. With this bull the pope recognised that the Order had the absolute right to ensure the continuation of its work by electing, in due time, a successor to its founder the Blessed Gerard.

The programme of celebrations was presented this morning by the Order’s leaders at a press conference in the Stampa Estera headquarters in Rome.  This is a very special anniversary and over 5,000 of the Order’s members and volunteers are expected to arrive from all corners of the world. On 9 February they will meet Pope Benedict XVI at the end of the mass celebrated by the Cardinal Secretary of State, Tarcisio Bertone, in St. Peter’s Basilica.

“Today, besides celebrating our history, we are looking at the present and the future” said Jean-Pierre Mazery, Head of the Executive and Minister of Foreign Affairs of the Sovereign Order of Malta, speaking at the press conference. “Every day our humanitarian and health and welfare projects assist men and women caught up in wars, calamities and epidemics and help those suffering underdevelopment and poverty even in the West, caused by the latest financial crisis.”

The Head of the Executive also pointed out how the Order’s independent and apolitical nature enables it to play a key role as mediator in armed and civil conflicts.  “We are dependent on no one, we have no territories to defend, we take no position in conflicts. We help everyone, without distinction of nationality, race or religion”,  continued Mazery. “I’m especially thinking of the 10 health clinics we manage in the Lebanon in cooperation with other religious denominations and the Maternity Hospital in Bethlehem”.

“Syria, the Congo and the new poor are among our priorities”, explained Albrecht Boeselager, the Order’s Minister of Health and International Cooperation. ”In Syria our efforts are aimed at assisting the refugees in Turkey and Lebanon and helping them to survive the winter”. Another humanitarian emergency scenario is the Democratic Republic of the  Congo, where “sexual violence has become an instrument war, never before experienced at this level in other parts of the world”. In the African country, the Order of Malta provides medical, psychological and social assistance to the numerous victims of sexual aggression, helping them to re-enter society.

Another priority for the Order is the “New Poor”.  In Europe alone, the crisis has caused the number of unemployed to reach 26 million. ”Unemployment is rising, welfare funding is being reduced and the homeless are increasing.  In eastern Europe the situation is even worse since the pensions are lower,” Boeselager stated.

In Italy, finally, the Order of Malta has always been active in emergency and civil defence services through its Italian Relief Corps (CISOM) consisting of some 3,500 volunteers headed by Mauro Casinghini, who stated that the most significant recent emergencies were the immigrants landing in Lampedusa and the earthquakes in Aquila and Emilia Romagna. “For over five months we managed a camp in a multicultural context, fully respecting the Order’s tradition of hospitality,”  Casinghini concluded, referring to the Emilia Romagna quake. 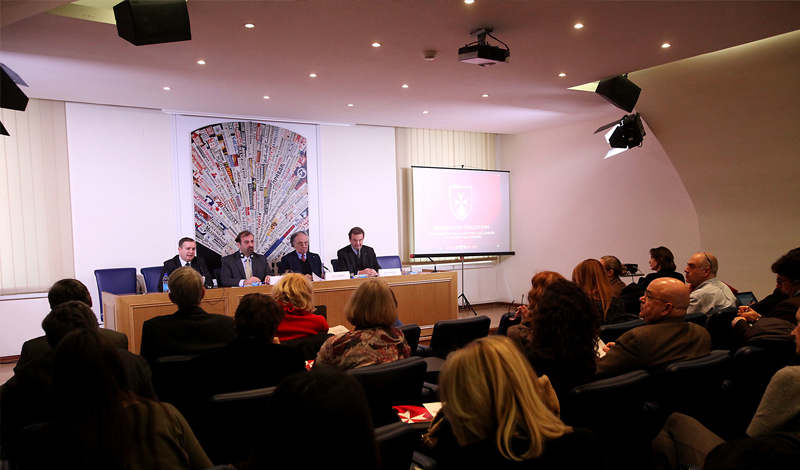 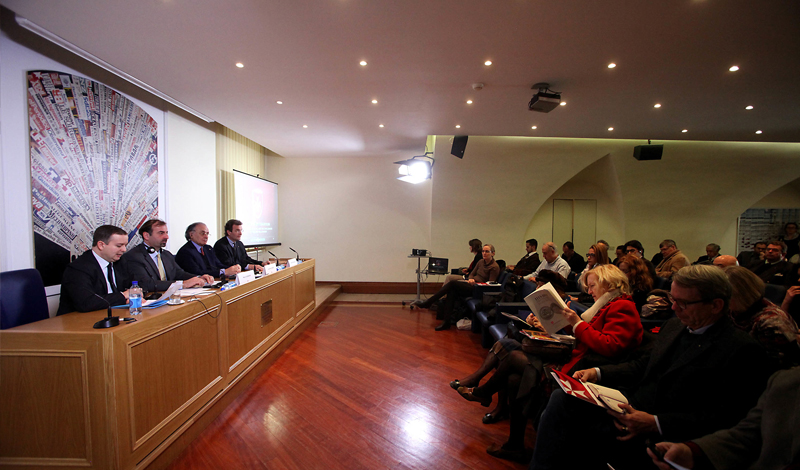