Christmas Lunch for the Needy in Rome 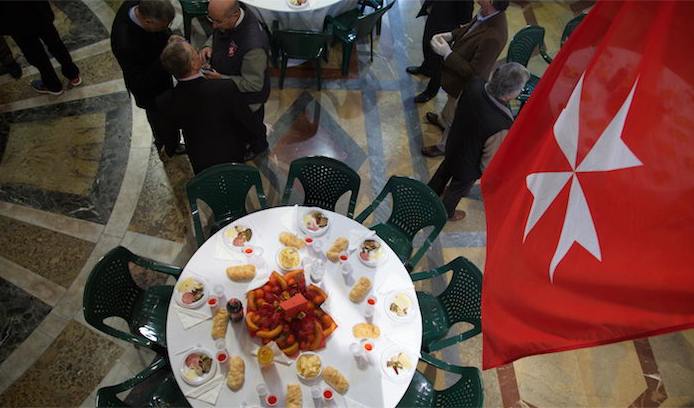 On Saturday 21 December, the volunteers of the Order of Malta’s Rome Delegation organized a lunch for the homeless in the church of San Rocco in central Rome. This almost ten-year tradition offers 370 needy people – both Italian and migrants – a hot meal and human kindness. The 75 volunteers who served them are the same as those who distribute meals to people in difficulty in Rome’s Termini and Tiburtina railways stations every week.

After morning mass, the Order of Malta’s volunteers cleared away the church’s benches and set out 15 tables with seating for 135 people. Three sittings meant that everyone was provided with a lunch consisting of starters, lasagne, roast meat, vegetables and dessert. Each participant also received a gift of a centrepiece consisting of fresh fruit and a bag with sweets and underwear.

Since 2003, the Order of Malta’s Rome Delegation has been organising lunches at Christmas and Easter with the contribution of benefactors as well as donations from bakeries and pastry shops.

The Order of Malta’s volunteers organize many events similar to the Rome appointment all over the world during the Christmas period, offering the needy kindness and solidarity. 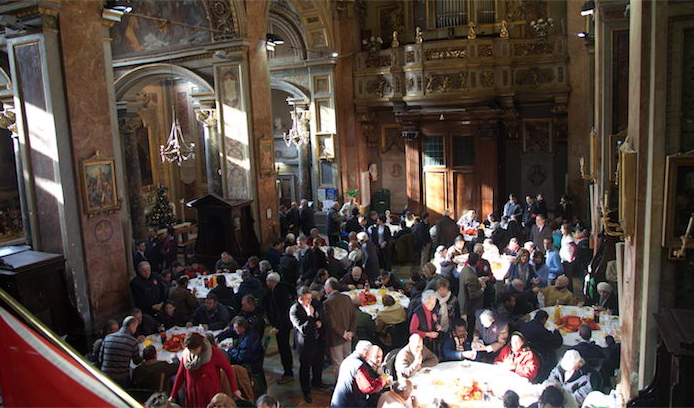 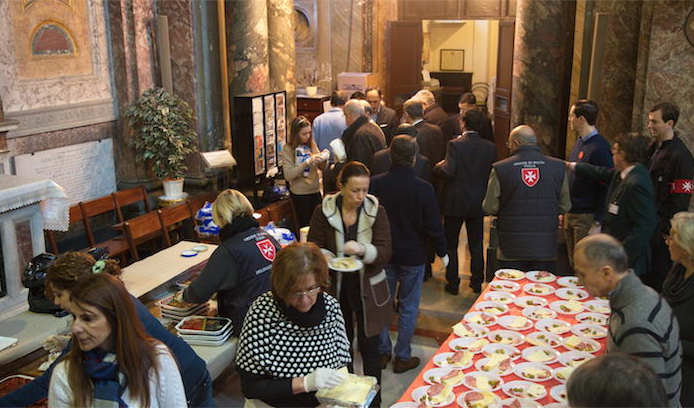 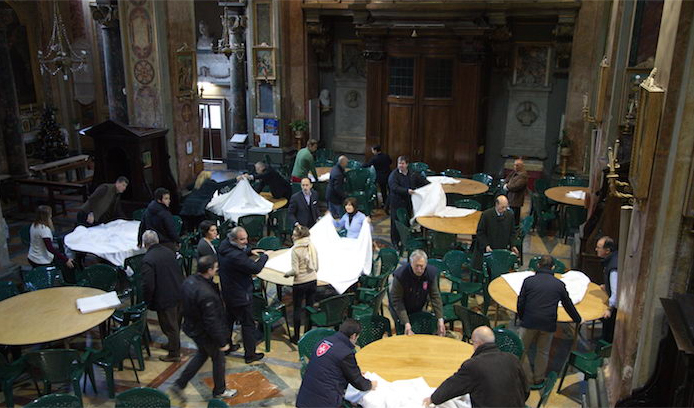