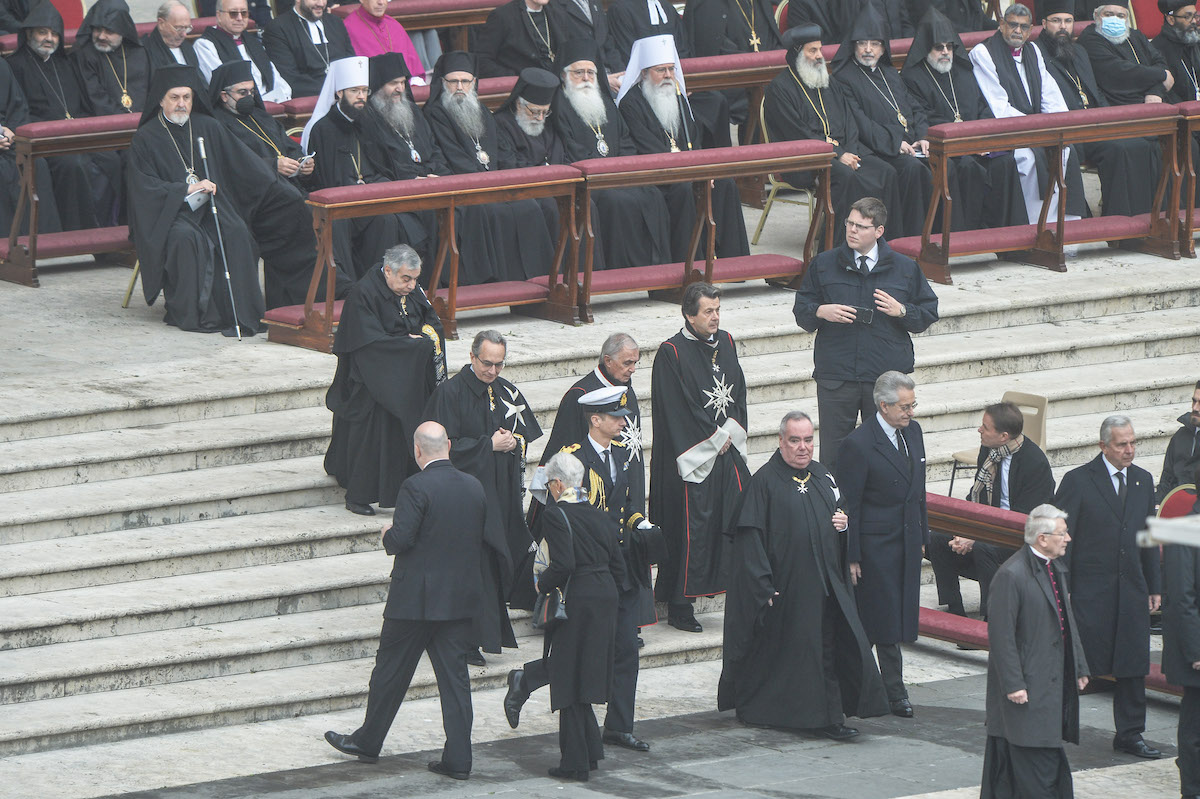 There were over fifty thousand faithful of every nationality gathered this morning in St Peter’s Square for the last farewell to the Pope Emeritus Benedict XVI. Among the authorities in the front row before the papal canopy there was the Lieutenant of the Grand Master, Fra’ John Dunlap, accompanied by the Grand Chancellor, Riccardo Paternò di Montecupo, the Grand Hospitaller, Fra’ Alessandro de Franciscis, the Receiver of the Common Treasure, Fabrizio Colonna, Fra’ Roberto Viazzo, member of the Sovereign Council and the Order of Malta’s ambassador to the Holy See, Antonio Zanardi Landi.

The funeral, which took place in solemn form as requested by Joseph Ratzinger himself, was officiated by Pope Francis and concelebrated by 130 cardinals, 400 bishops and some 3700 priests.

On the coffin was an open Gospel, the one which Pope Benedict XVI “had spread and witnessed during his life.” “Let us commend our brother into the hands of the Lord,” Pope Francis invoked in his Homily, then quoted St Gregory the Great who urged a friend to offer him this spiritual accompaniment: “Amid the shipwreck of the present life, sustain me, I beseech you, by the plank of your prayer, that, since my own weight sinks me down, the hand of your merit will raise me up”.

Joseph Ratzinger was admitted to the Sovereign Order of Malta when he was a cardinal, with the rank of Bailiff Grand Cross of Honour and Devotion, by the then Grand Master Fra’ Andrew Bertie. During his pontificate, Benedict XVI had always shown great interest in the Order of Malta’s commitment to serving the neediest and had followed its activities on the five continents. A few days before his resignation, Pope Benedict XVI celebrated in Saint Peter’s the 900th anniversary of the papal bull of 1113, with which Pope Paschal II recognized the Order of Malta as a religious order. 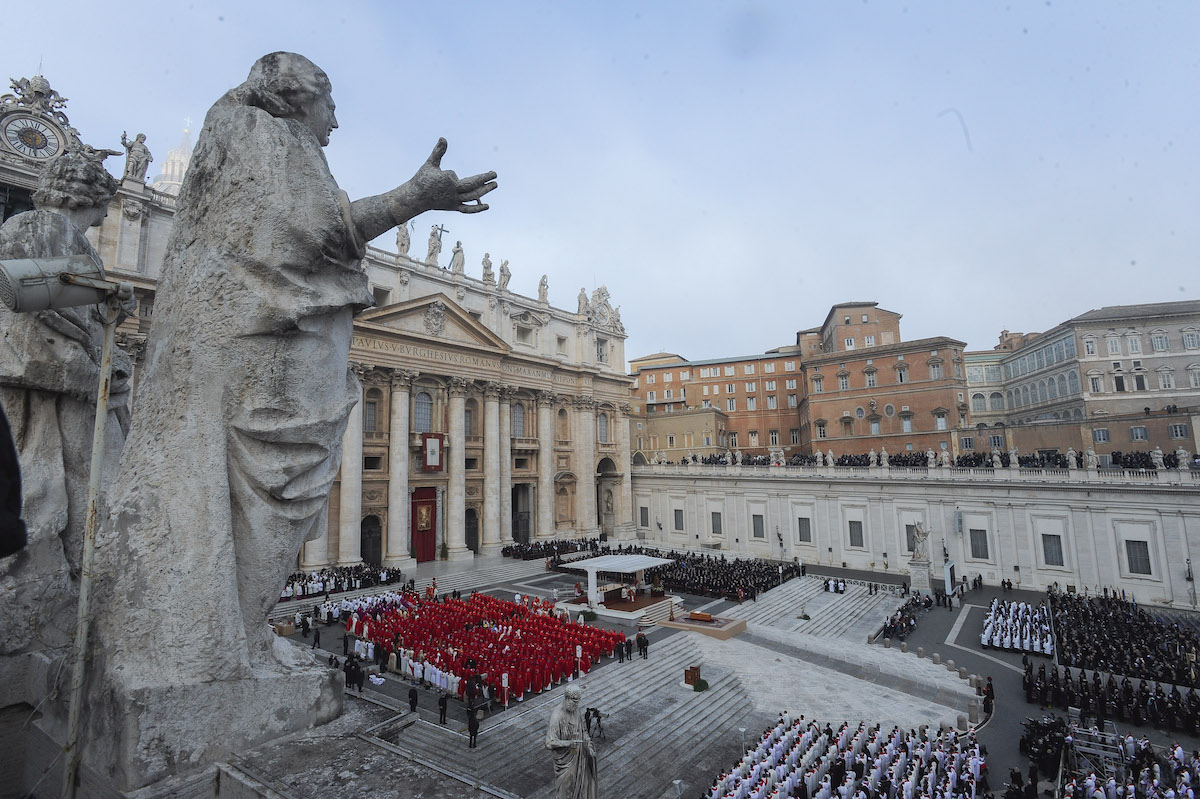 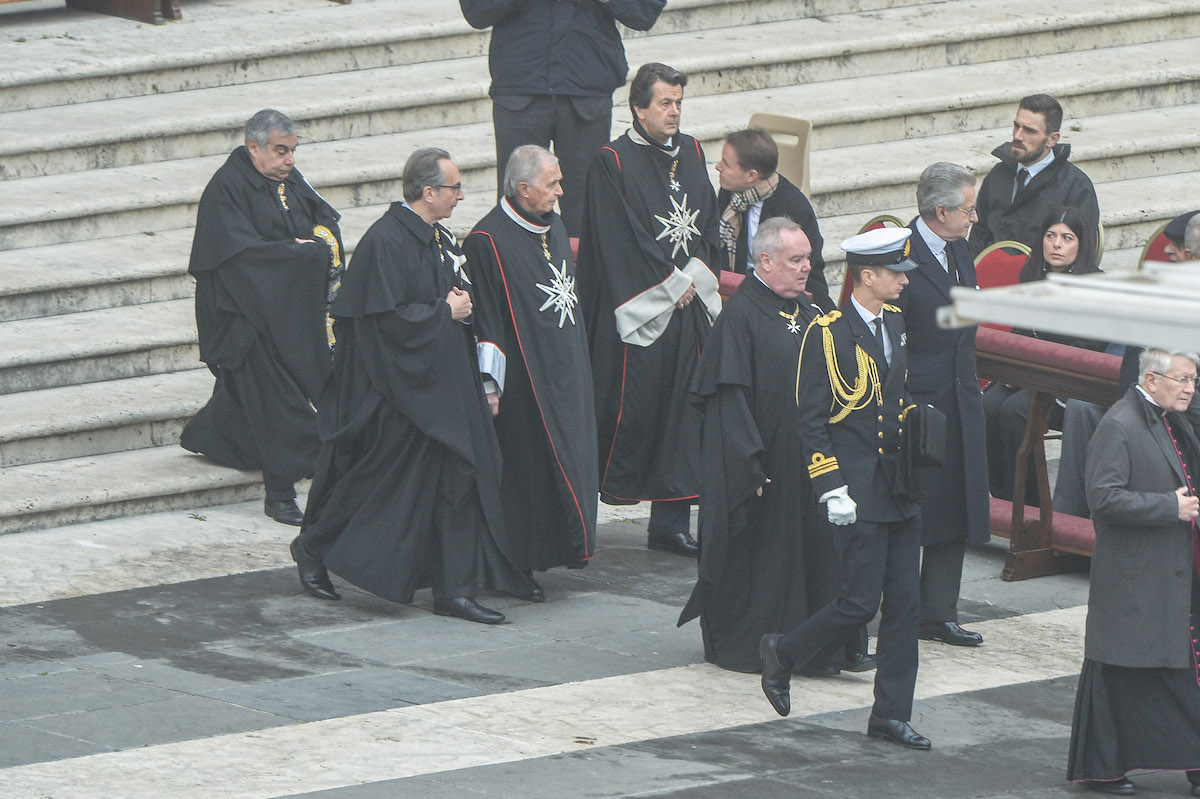 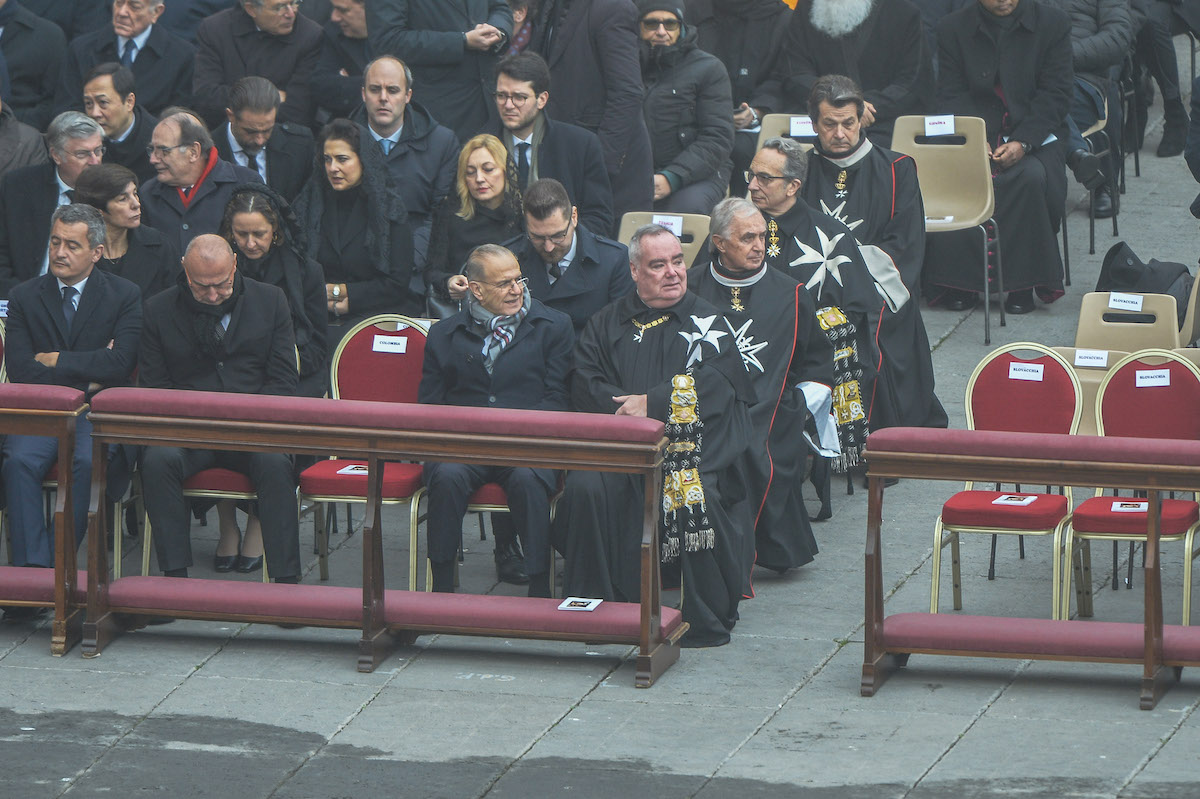 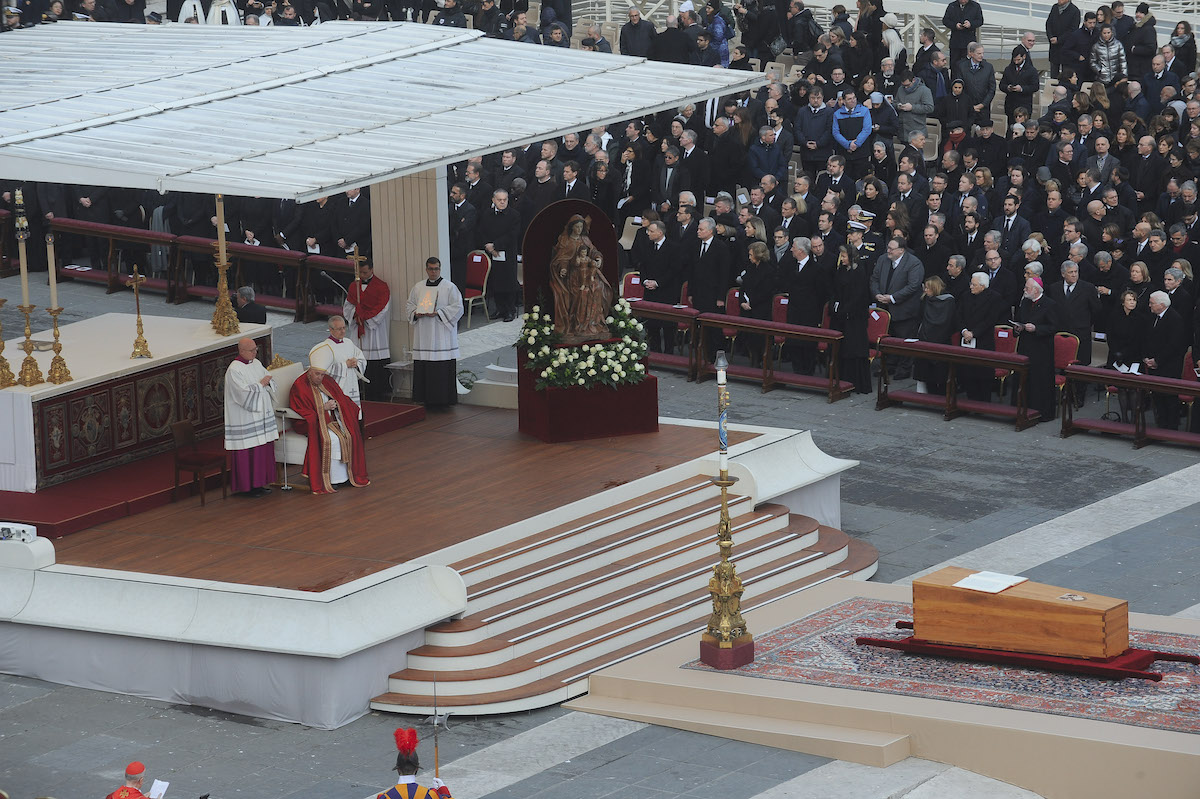 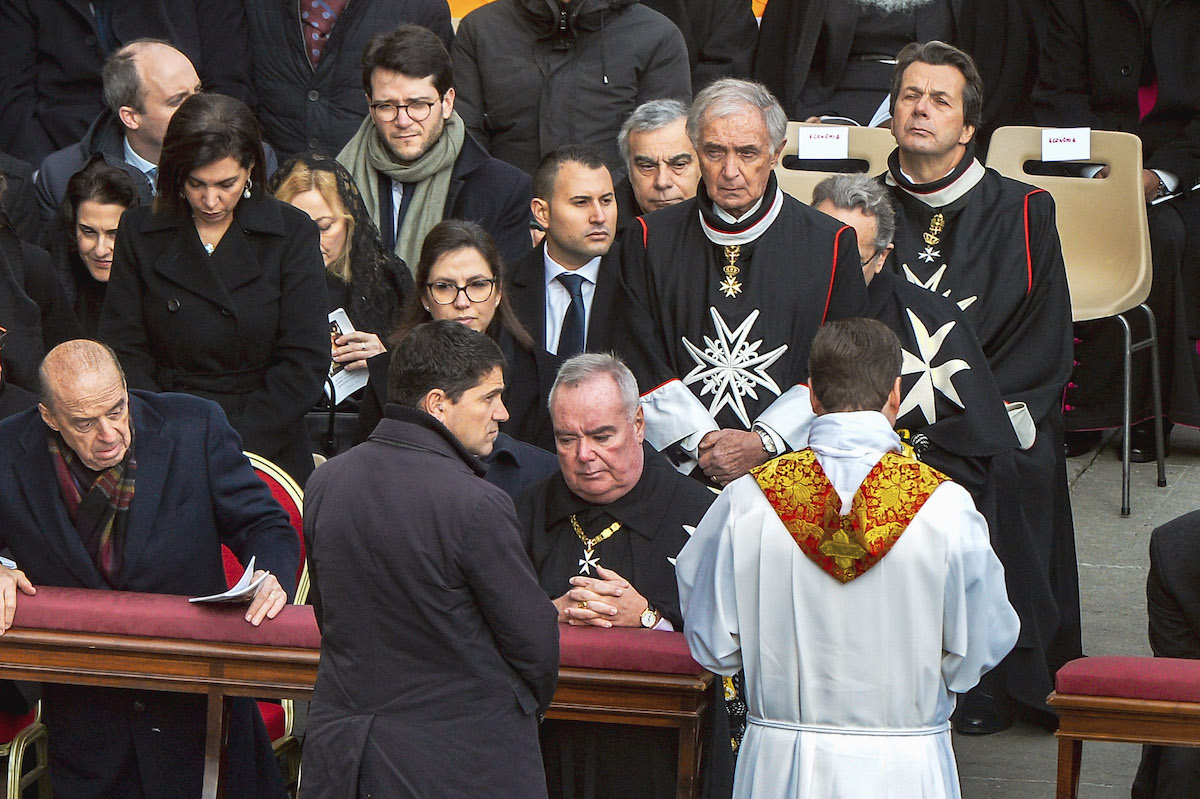 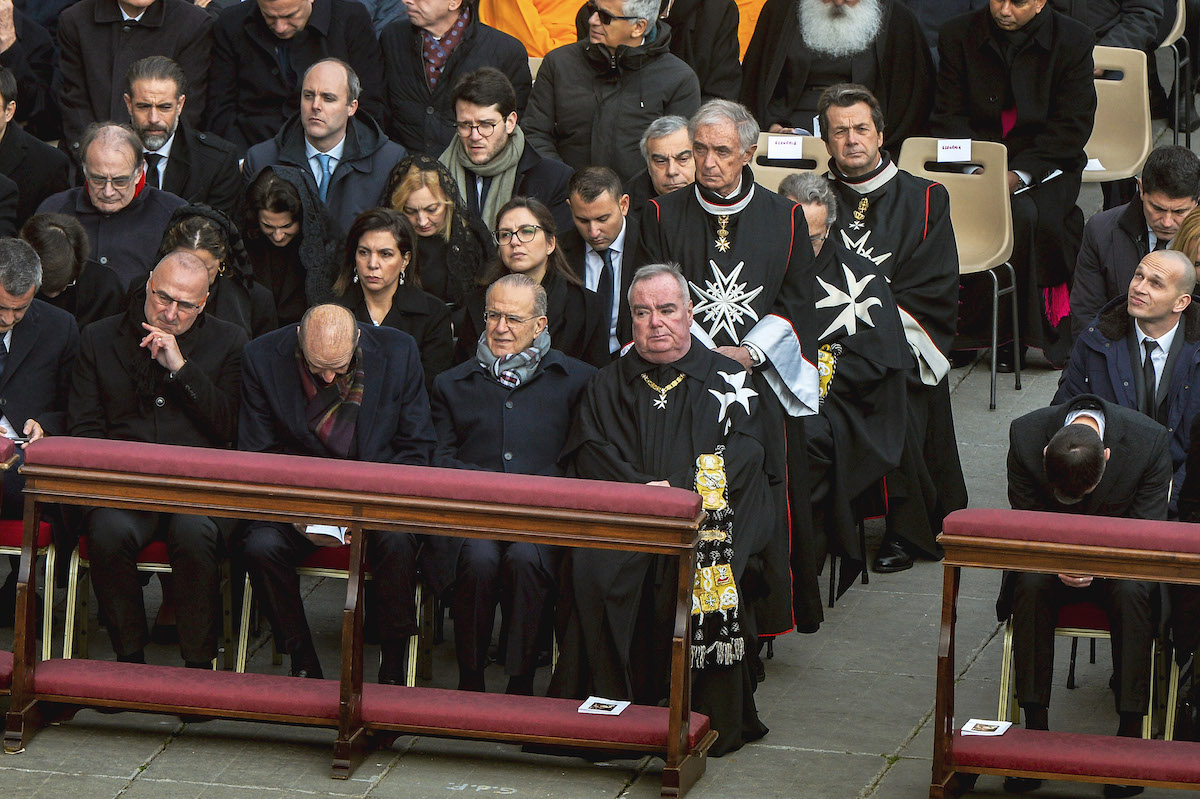 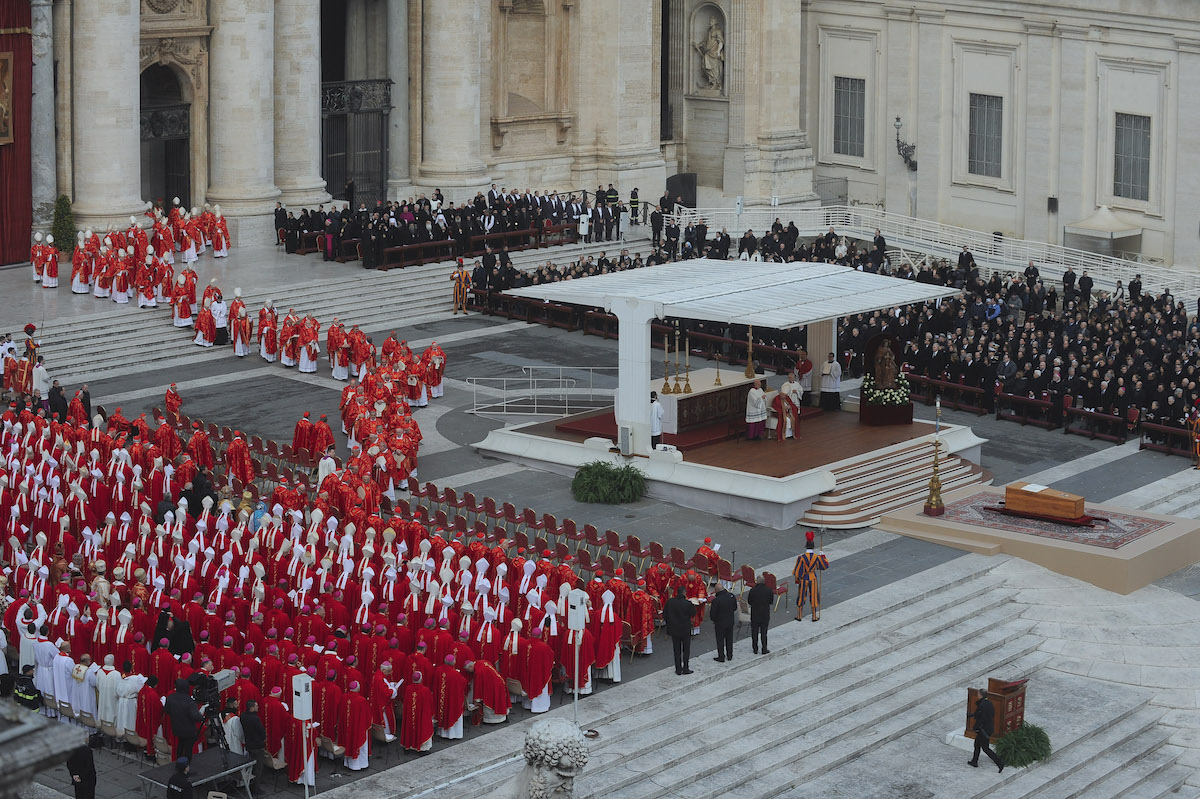 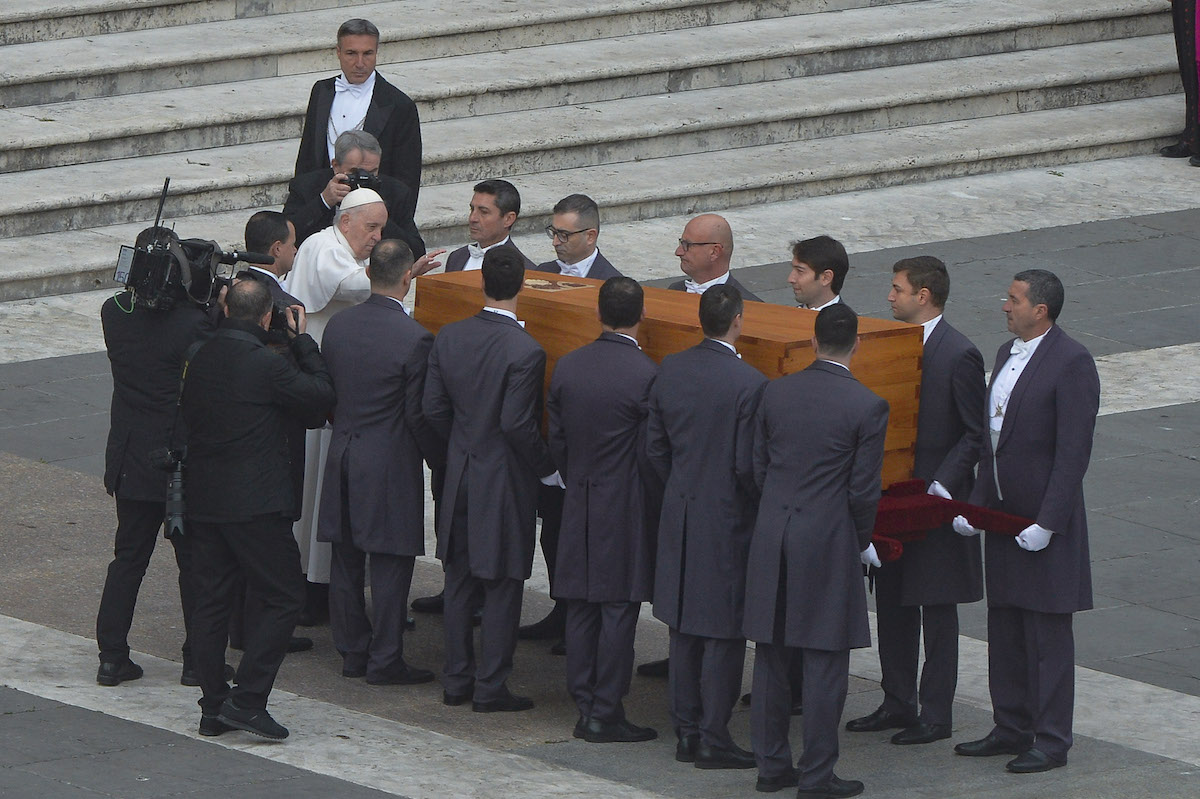