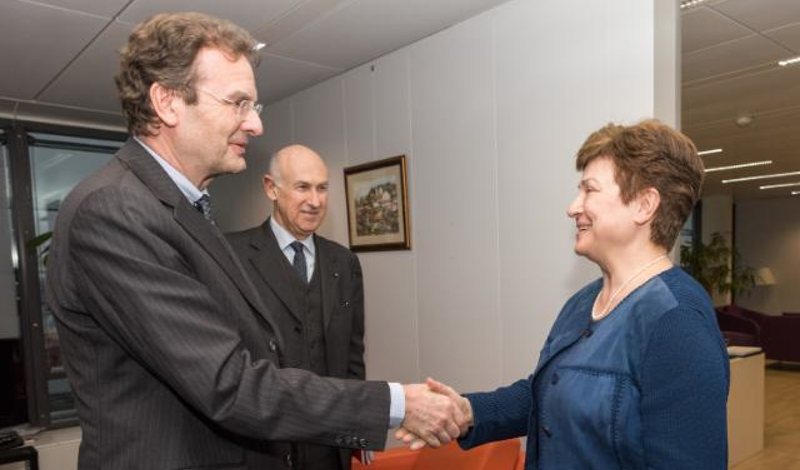 The Grand Chancellor of the Sovereign Order of Malta, Albrecht Boeselager, went to Brussels on 9 February last for a series of meetings with the European Union leaders, including the Vice President of the European Commission and Commissioner for Budget and Human Resources, Kristalina Georgieva.

The main topic of the meetings was the refugee crisis, the consequent humanitarian emergency and Europe’s role in the management and reception of migratory flows.

During the visit the Order of Malta’s Grand Chancellor, who also met the Secretary General of the European Parliament Klaus Welle, illustrated the main initiatives for providing support and healthcare to refugees, not only in the transit and destination countries but also in those bordering Syria, the departure point for most of the migratory flows attempting to reach the gates of Europe, often by means of extremely dangerous journeys.