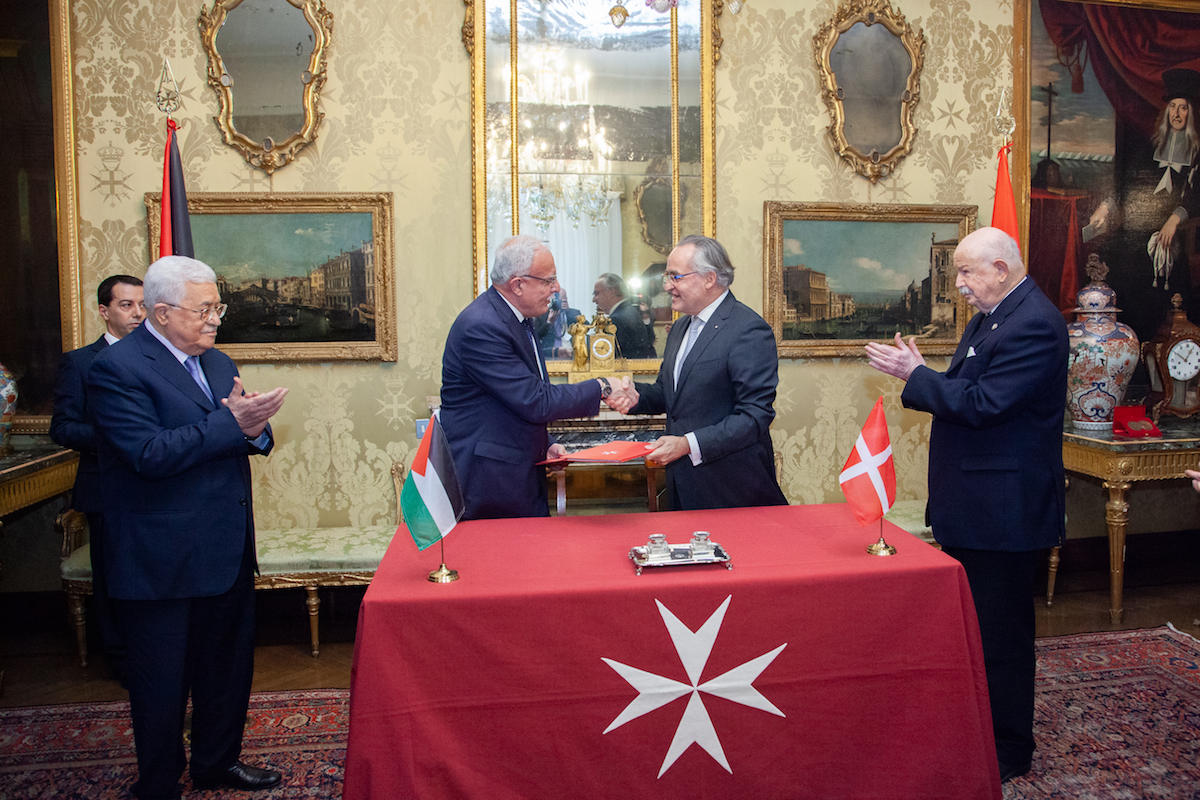 Memorandum of Understanding signed during the meeting

Mahmoud Abbas, President of the State of Palestine, was received this morning by Fra’ Giacomo Dalla Torre del Tempio di Sanguinetto, Grand Master of the Sovereign Order of Malta in the Magistral Palace, Rome.

During the talks, the Grand Master recalled the Order of Malta’s commitment in Palestine confirmed ‘by the invaluable work carried out daily in our Bethlehem hospital, a benchmark for neonatal intensive care throughout the region’. Stressing the importance of peaceful co-existence, Fra’ Giacomo Dalla Torre del Tempio di Sanguinetto reiterated ‘the Order of Malta’s commitment to continuing its health and social activities and promoting the development of the region’.

President Mahmoud Abbas expressed his appreciation for the Order of Malta’s important initiatives in the medical sector in Palestine, thanking it for its ability to contribute to peace by building bridges.’

During the visit, a memorandum of understanding was signed to provide humanitarian aid to third countries. Over the last years, Palestinian doctors working in the Order of Malta’s hospital in Bethlehem have been going to Cameroun to offer training courses for their Cameroonian colleagues in the Order’s Njombé hospital, in the north-west of the country. The purpose was to enable an exchange of experiences and upskilling in neonatal care.

Signatories to the memorandum of understanding were Riad Malki, Palestinian Minister of Foreign Affairs of Palestine and Dominique de La Rochefoucauld-Montbel, Grand Hospitaller.

At the end of the meeting Mahmoud Abbas invited the Grand Master to visit Palestine. 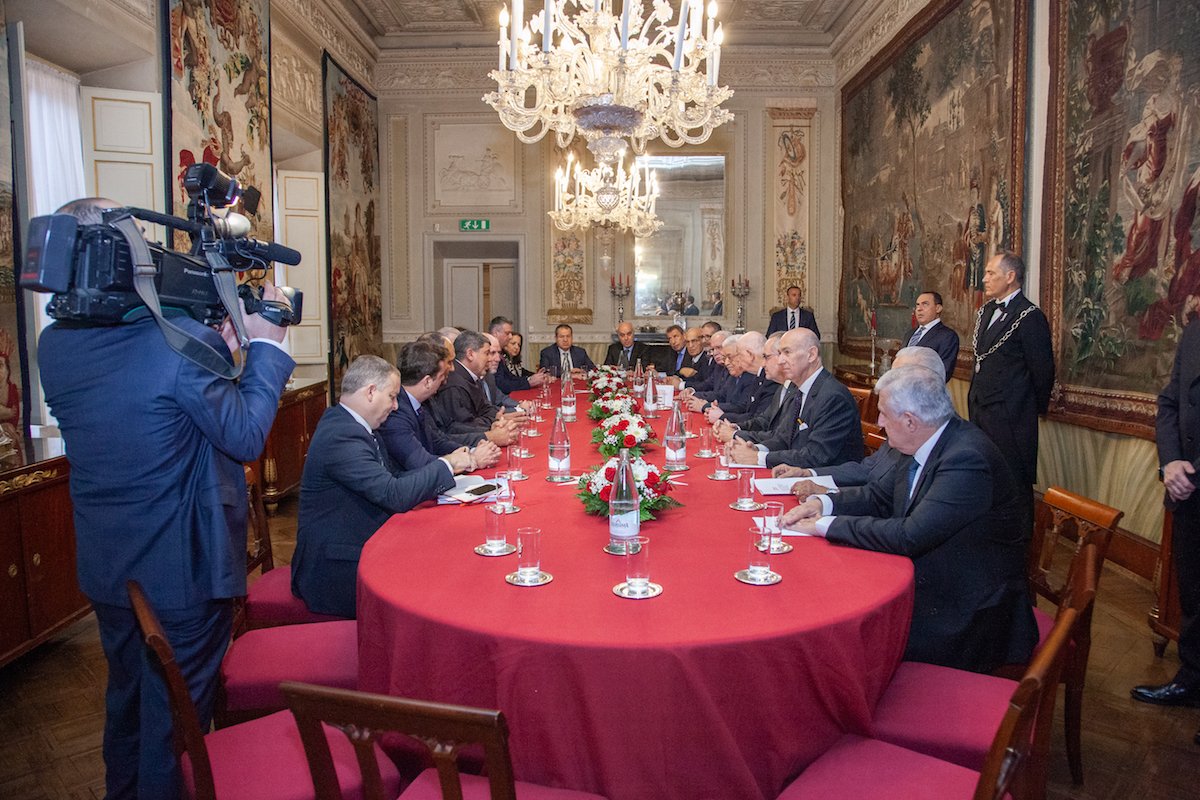 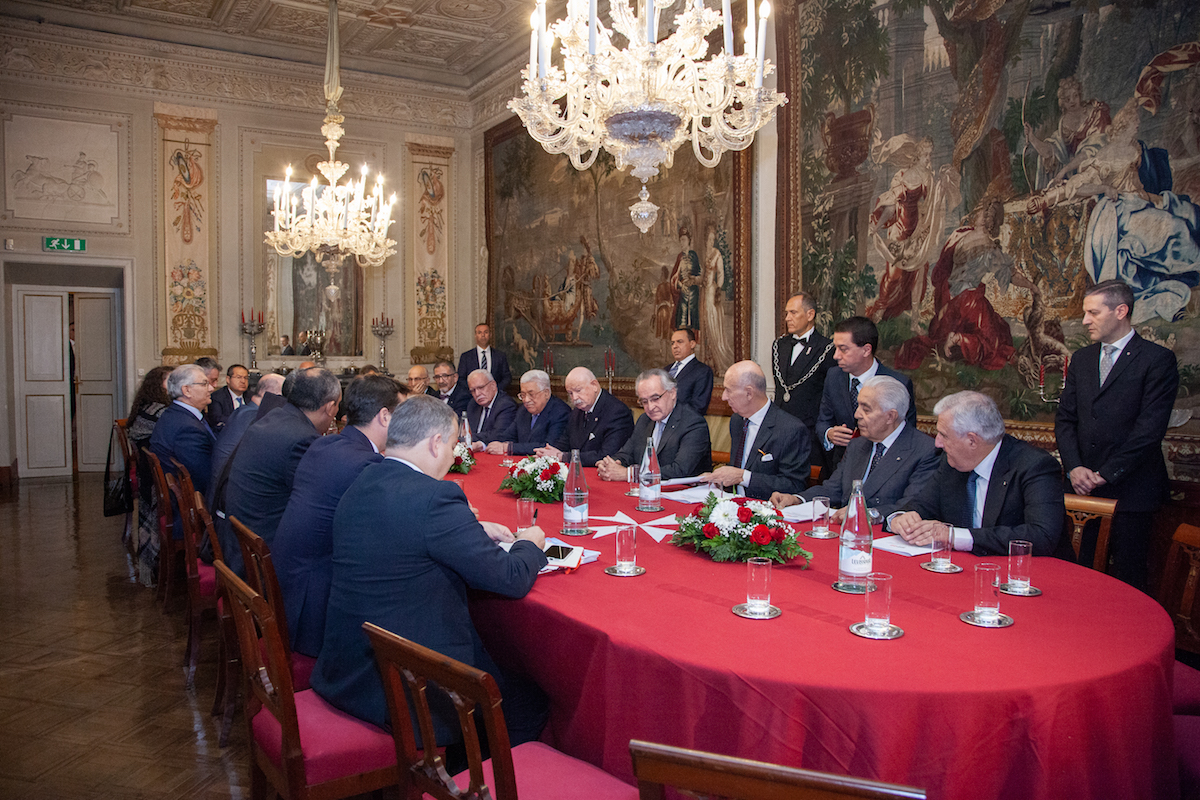 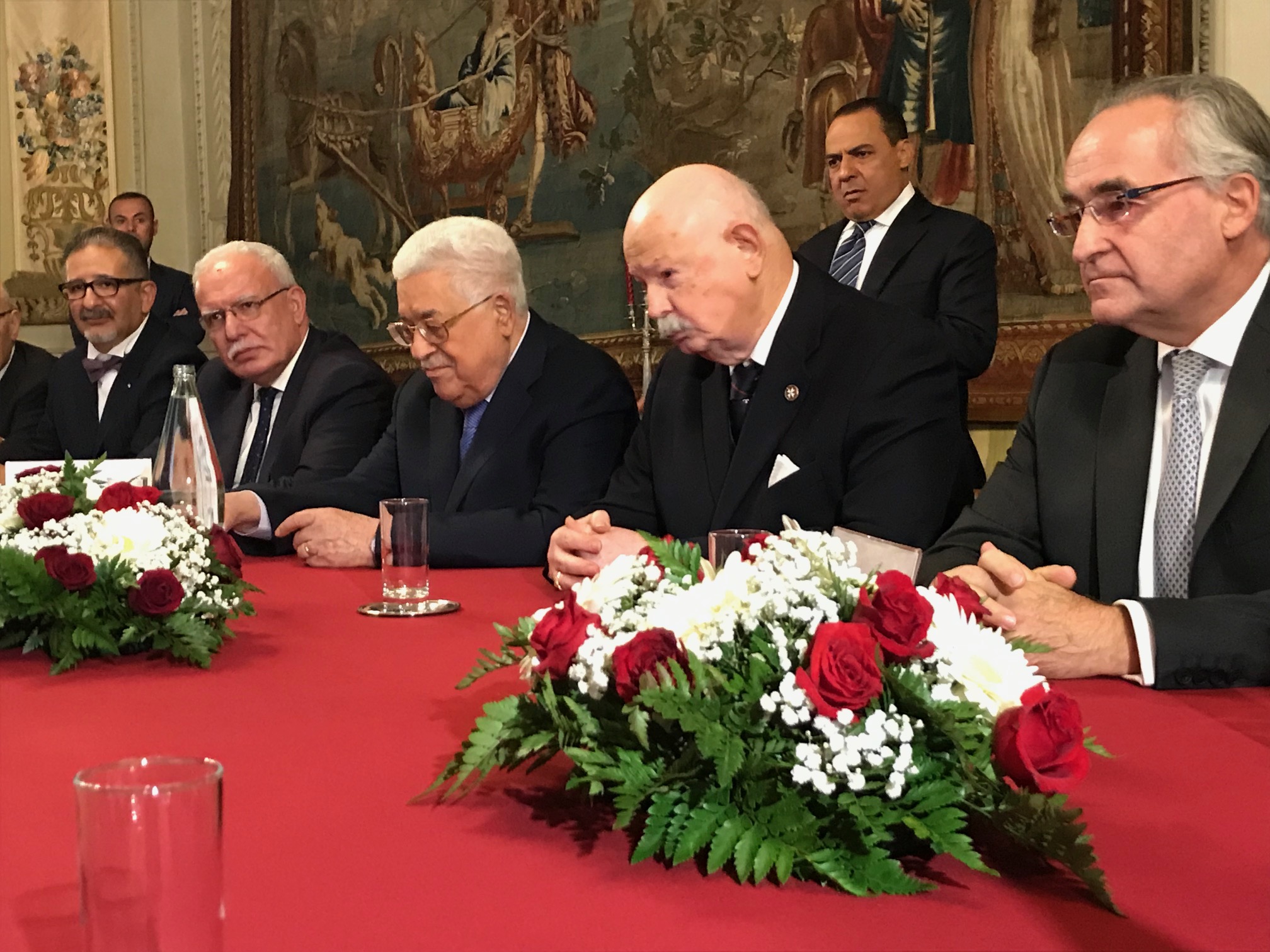 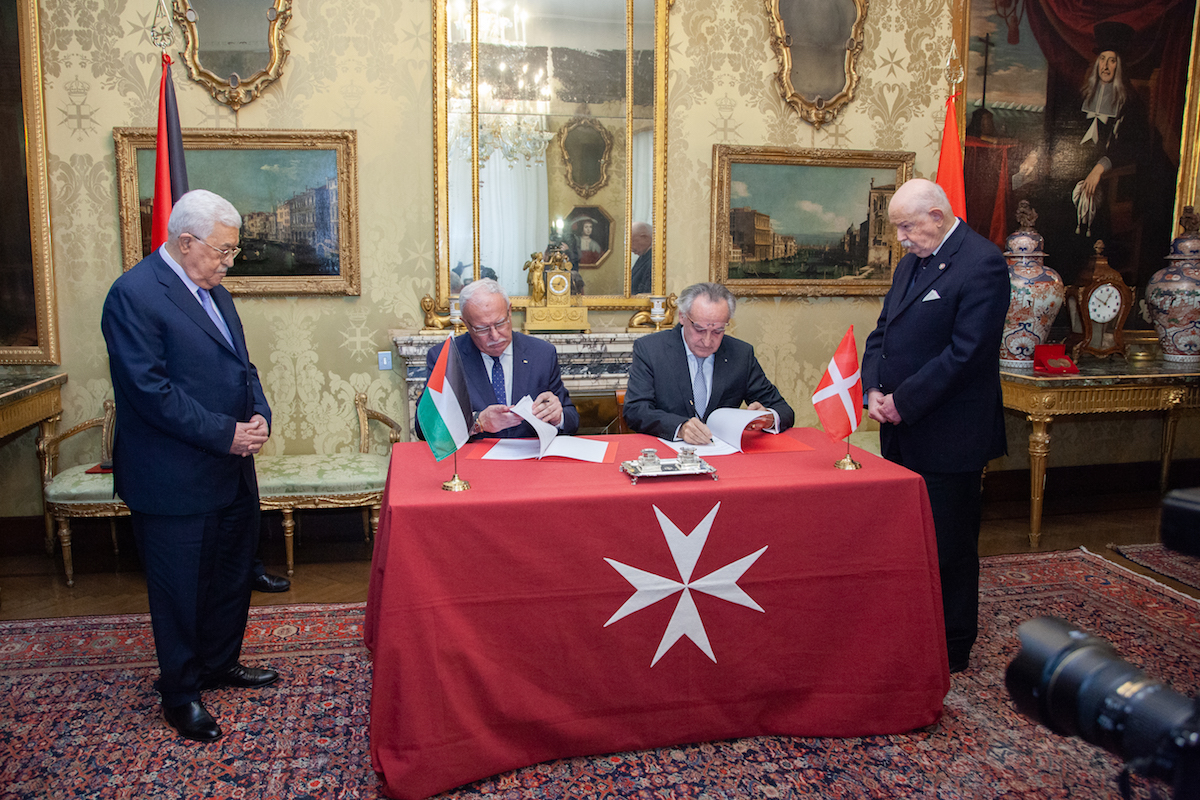 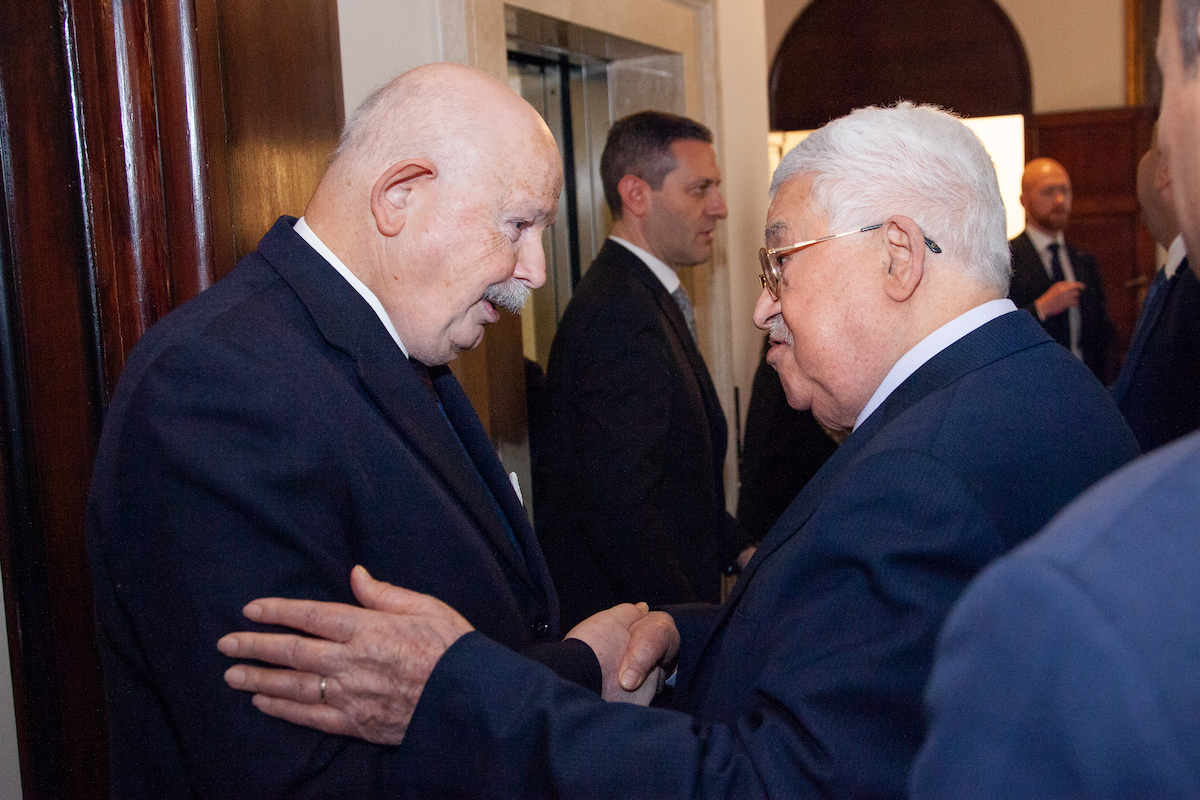