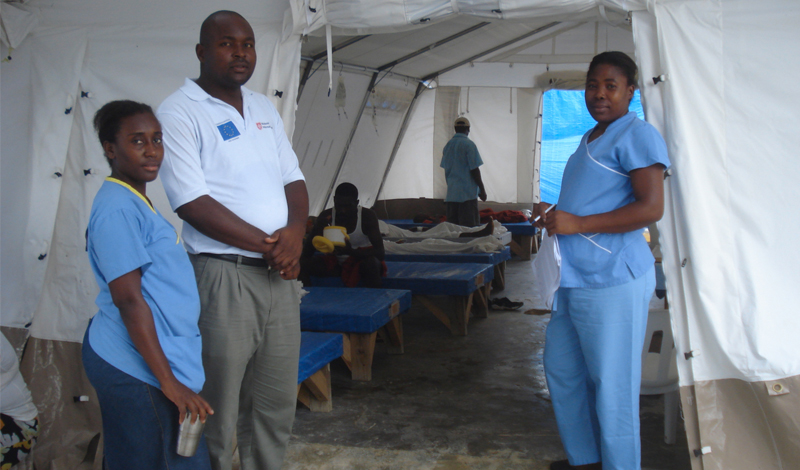 The Order of Malta’s new Cholera Treatment Unit, which opened in Darbonne 35km from Port-au-Prince at the end of March, is already being put to the test. In what is now both the rainy season and hurricane season in Haiti, cholera presents once more a major threat to the population. Heavy rainfall in June has led to an increase in cholera cases, which means that the Cholera Treatment Unit is currently operating at full capacity – all 20 of its beds are occupied. The unit is currently being run by 45 medics and assistants.

The worldwide relief organisation of the Order of Malta, Malteser International, is also fighting cholera with teams in mobile clinics working in villages that are extremely difficult to access in the district‘s mountainous region. The teams have been constantly identifying new cholera cases.