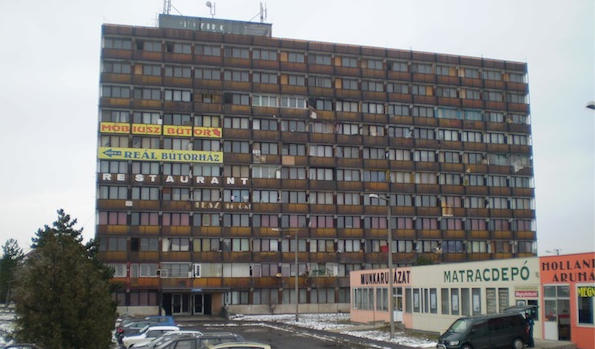 They call it “Hell’s Tower” and it’s located in the outskirts of the Hungarian city of Veszprém. But similar situations of neglect and squalor are unhappily also to be found in many other cities.

The building has been neglected for years; robbed and ravaged, it has been left without electricity, heating or lifts and its residents have become social outcasts. The tower block became a ramshackle shelter for people in situations of extreme poverty, many of whom were poorly educated, unemployed and struggling with alcoholism and drug addiction.

In 2009, the Order of Malta’s Hungarian Assistance Service took action. With the help of the local authorities, it initiated an ambitious project to restore dignity and hope to the 200 people who live there. First of all it renovated the homes and the plumbing system and then turned to the stairs and electrical system. After this was completed, the living conditions of the families in the building and their surroundings were tackled.

Today, the improvement programme for Hell’s Tower continues with the general aim of facilitating the social integration of the families living there. The programme deals with social, educational, health and employment issues. A playground for children is being planned, as well as a social centre, a school for adults and a job centre. The communal areas will be refurbished to restore trust and hope to the community.

The project is not yet concluded, but the results are already visible. Meanwhile, the families’ sense of community has been rekindled and no one is allowed to call the building “Hell’s Tower” any longer. This is also an important sign.