Rwandan genocide 20th anniversary; the Order of Malta: our duty to remember victims and survivors 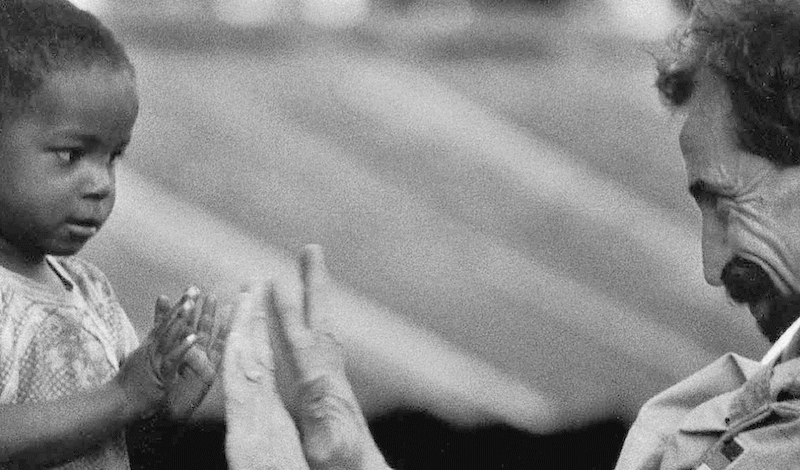 In April 1994, members of the Hutu majority in Rwanda organised and implemented the mass slaughter of the Tutsi minority. In just 100 days over 800,000 Tutsi were slaughtered, 10,000 were killed each day, 7 every minute. The genocide was sparked by the death of the Rwandan President Juvenal Habyarimana, a Hutu, when his plane was shot down above Kigali airport on 6 April 1994. “Today we commemorate the victims of Africa’s largest genocide in modern history and pay tribute to those who survived and still bear the consequences both physical and psychological of such atrocity” says Albrecht Boeselager, Grand Hospitaller of the Sovereign Order of Malta.

“For  the then Emergency Corps of the Order of Malta (ECOM)- Rwanda was the first joint international mission: national associations of the Order, in particular Germany, France and Belgium, provided medical relief together for the first time” recalls Boeselager.

“Commemorating this anniversary is important for many reasons – says the Grand Hospitaller. We must avoid similar atrocities happening again in the future and we have the duty of promoting the culture of acceptance and fraternity”.

Given the wide acknowledgement the Rwanda massacre was a foreseen tragedy, “commemorating the 20th anniversary of the genocide is an important occasion to reflect on the pivotal role the international community must play in preventing such dreadful crimes” says Boeselager.

“The Order of Malta will continue to play its role, thanks to its independent, apolitical and neutral nature, to build bridges of understanding and dialogue” says Boeselager underlining the importance of the humanitarian diplomacy to face the 21st century challenges.

The first teams of the Order of Malta arrived in northern Rwanda in the region of Byumba shortly after the beginning of the massacre. Medical emergency relief was provided for over five months to about 30,000 internally displaced persons in three different camps. In the district of Kiziguro, north of Kigali, in November 1994 staff from the Order of Malta started the rehabilitation and reconstruction of the local medical facilities, such as the district hospital in Kiziguro and seven destroyed health centres. In addition basic health care was provided to about 150,000 inhabitants.

Through ECOM – which in 2005 developed into the worldwide relief agency of the Order of Malta, Malteser International – the Order began its work in the DR Congo where 1,3 million Rwandan refugees had fled, in the regions of Goma and Bukavu. Here between the end of July and January 1995 teams of the Order of Malta participated in the rehabilitation of water plants and provided medical emergency relief and basic health care to the refugees. Between November 1996 and February 1997 due to fighting between Congolese army and Hutu rebels, more than a million of Rwandan refugees were forced to flee the camps in DR Congo and Tanzania. Order of Malta volunteers provided water supply for the refugees returning to Rwanda at so-called “drinking water stations”.

“While condemning every act of violence, the Order of Malta remains present in more than 30 African countries – including  Central African Republic and South Sudan – working incessantly to provide medical and humanitarian assistance in accordance to its thousand years history” says the Grand Hospitaller.

Recently the Sovereign Order of Malta nominated its own permanent representative in the African Union.

Order of Malta staff involved in the relief effort remember the event with personal testimonials: 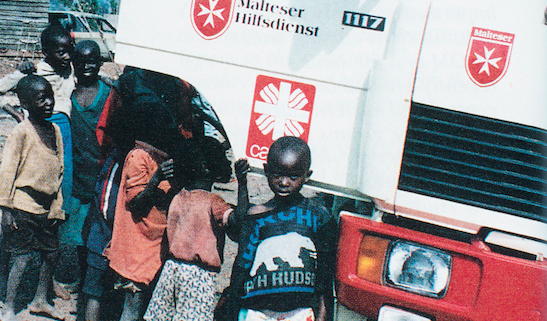 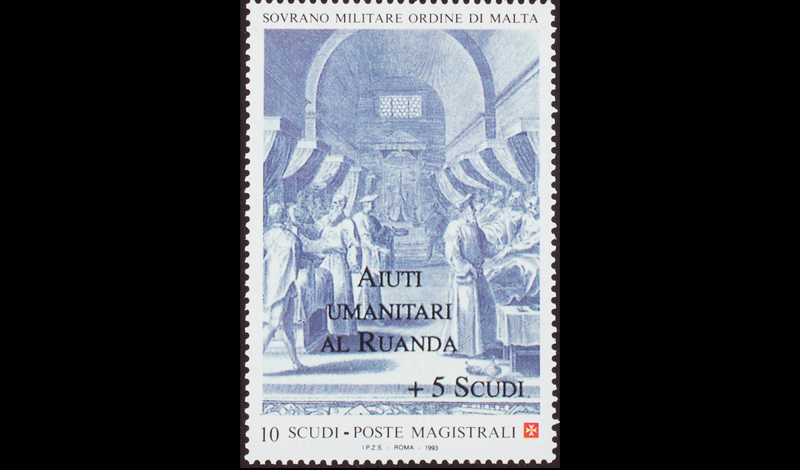 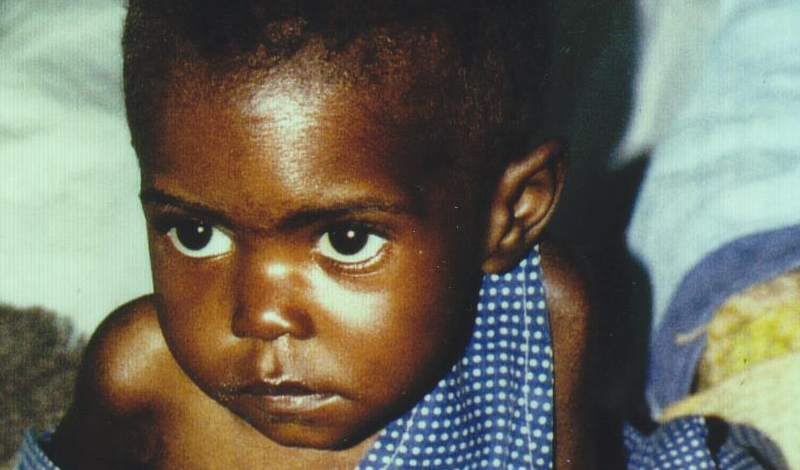 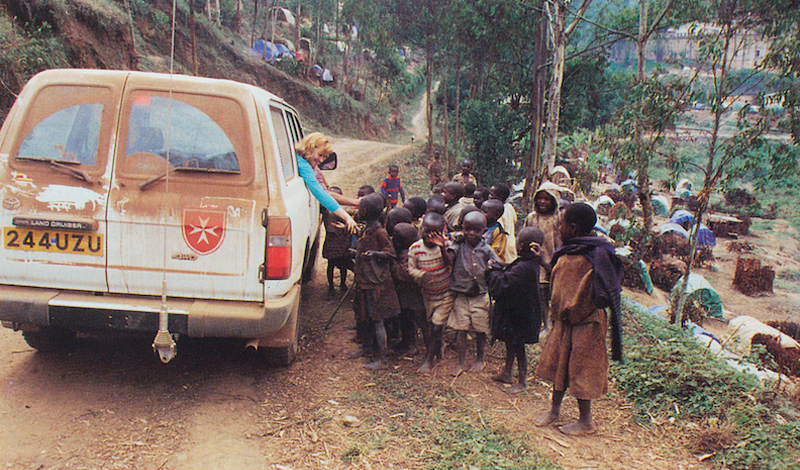 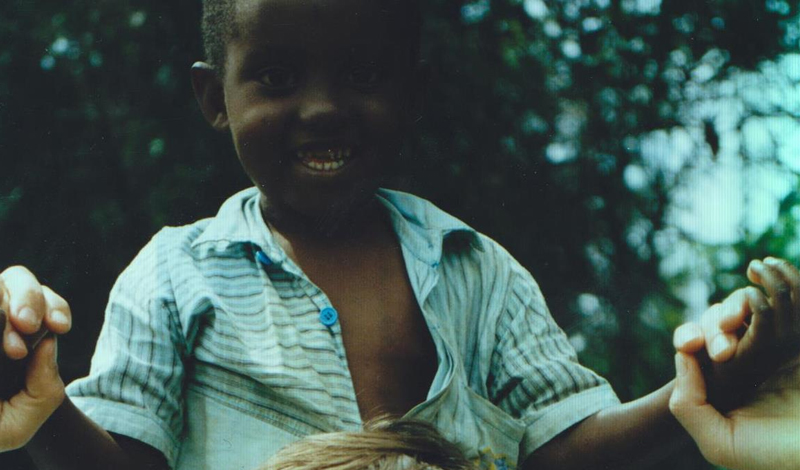 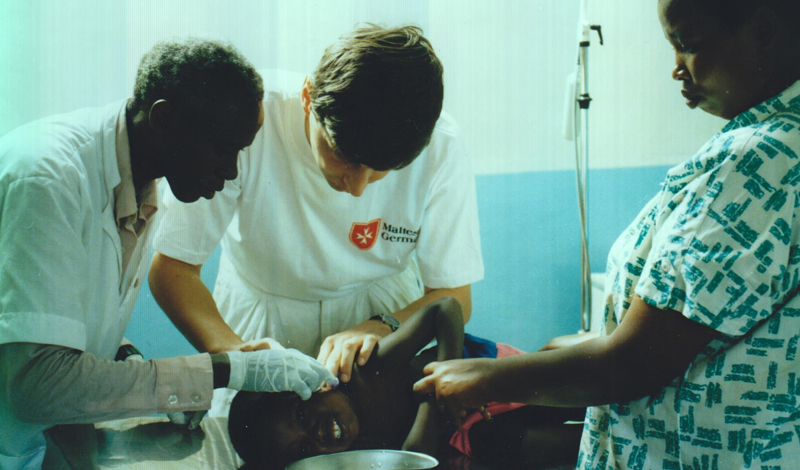 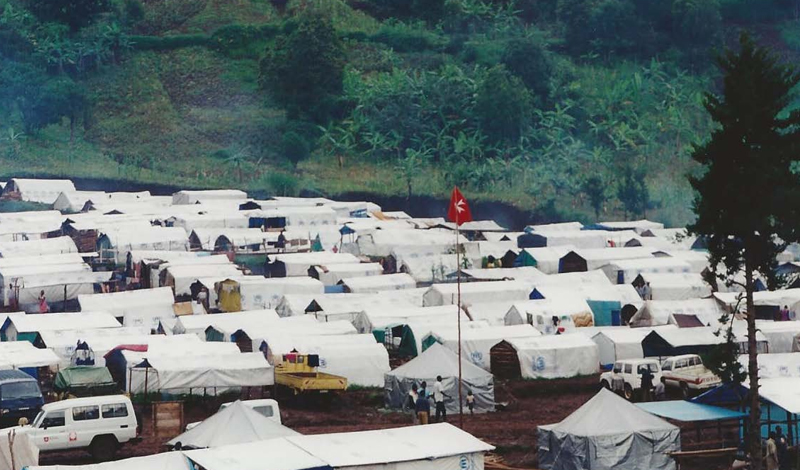 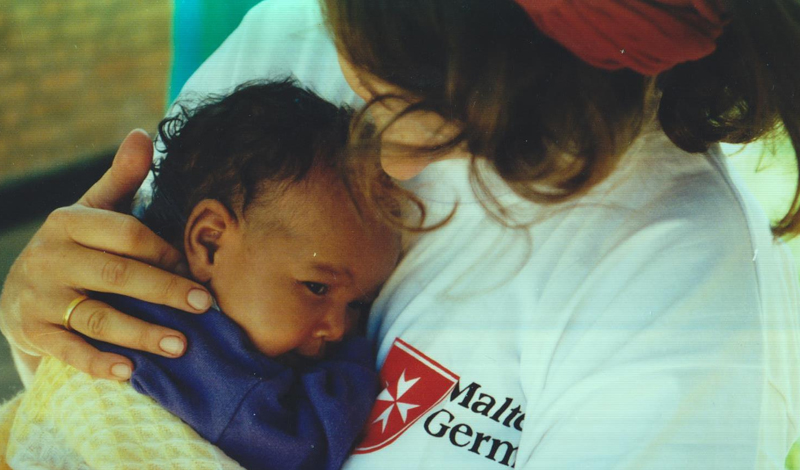