Second day of the Transatlantic Policy Network on Religion and Diplomacy 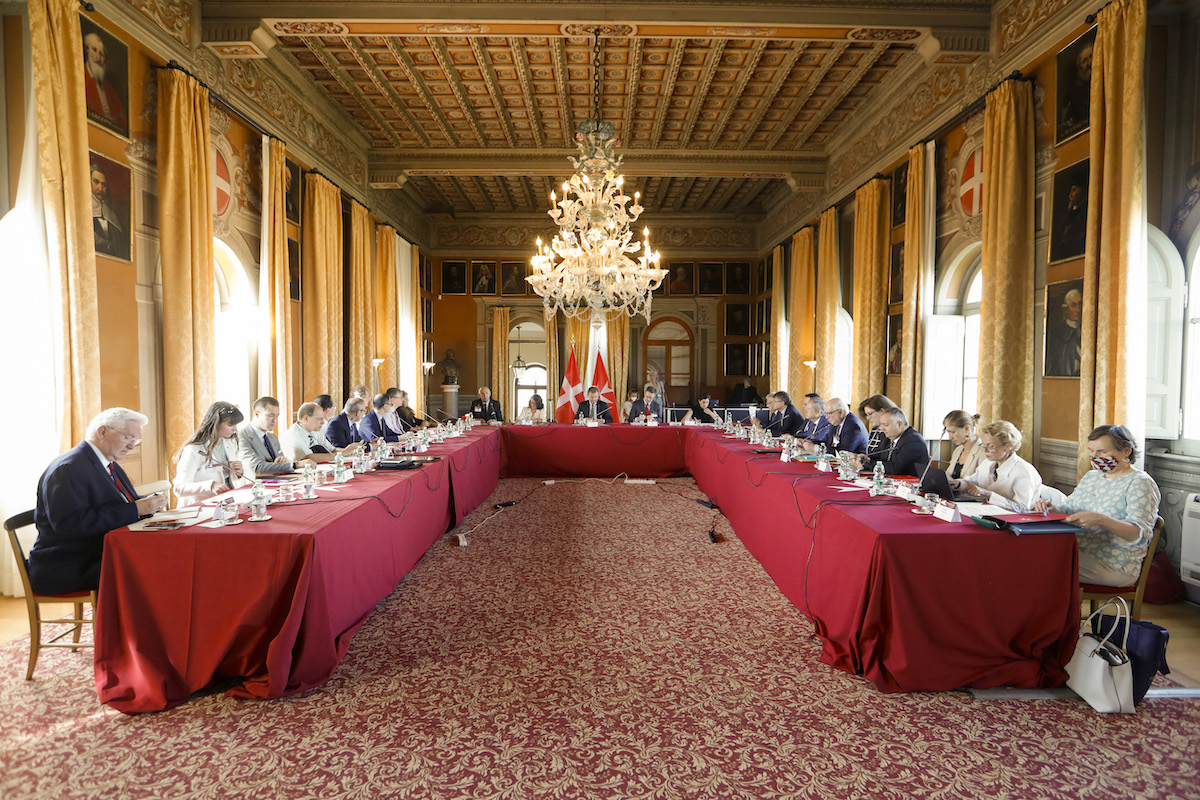 Albrecht Boeselager: enhancing the role of religious institutions in areas of crisis and conflict

The meeting of the Transatlantic Policy Network on Religion and Diplomacy, the organisation that brings together diplomats and academics from Europe and the United States to promote awareness of the role of religions in diplomacy and international affairs, is underway in Rome. Organised by the Order of Malta in the Magistral Villa – one of the Order’s seats of government – the meeting is attended by over twenty people, including representatives of institutions from the European Union member states, the United States and university professors. The three-day event opened yesterday afternoon and continues today in the presence of the Italian Deputy Minister for Foreign Affairs, Marina Sereni. On the agenda is the role of religious institutions and humanitarian diplomacy in crisis areas, particularly in light of the war in Ukraine.

Opening this morning’s meeting was the Grand Chancellor of the Order of Malta, Albrecht Boeselager. “Religion has many shared values with the secular world in areas such as human rights, environmental conservation and protection, and social justice,” Boeselager recalled. “Religious leaders play an important role within their communities in shaping people’s behaviour and understanding of the world around them. Hence, consultation with religious leaders should be an intrinsic aspect of diplomatic activity,” the Grand Chancellor articulated, explaining that globalisation and the changing nature of conflicts, with the emergence of new non-state actors, have exposed the limits of conventional diplomacy, paving the way for a new form of diplomacy that emphasises dialogue, mutual respect and understanding.

Deputy Minister Sereni, who had a brief conversation with Grand Chancellor Boeselager before the proceedings began, condemned attempts to manipulate and instrumentalise religions. A phenomenon that “today we can fight,” she said, “by recognising the importance of the role of religious institutions in the management of social and political affairs”. Marina Sereni recalled some of the milestones that have contributed to accelerating the process of interreligious dialogue and collaboration, citing among others the historic Document on Human Brotherhood for World Peace and Common Coexistence signed in the Arab Emirates in 2019 by Pope Francis and the Grand Imam of Al-Azhar. During her speech, the Deputy Minister also introduced the new Farnesina Envoy for Dialogue, Foreign Affairs and International Cooperation, Counsellor Andrea Benzo.

This was the second meeting of the Transatlantic Policy Network on Religion and Diplomacy organised in a seat of the Order: in 2015, the then newborn forum had participated in a meeting at the Magistral Villa and a few months ago a delegation of the Order of Malta had taken part in a meeting organised in Berlin.

The event continues tomorrow with a meeting in the Vatican with Monsignor Miroslaw Stanislaw Wachowski, Undersecretary for Relations of States with the Holy See, and Cardinal Peter Turkson, Chancellor of the Pontifical Academy of Social Sciences. 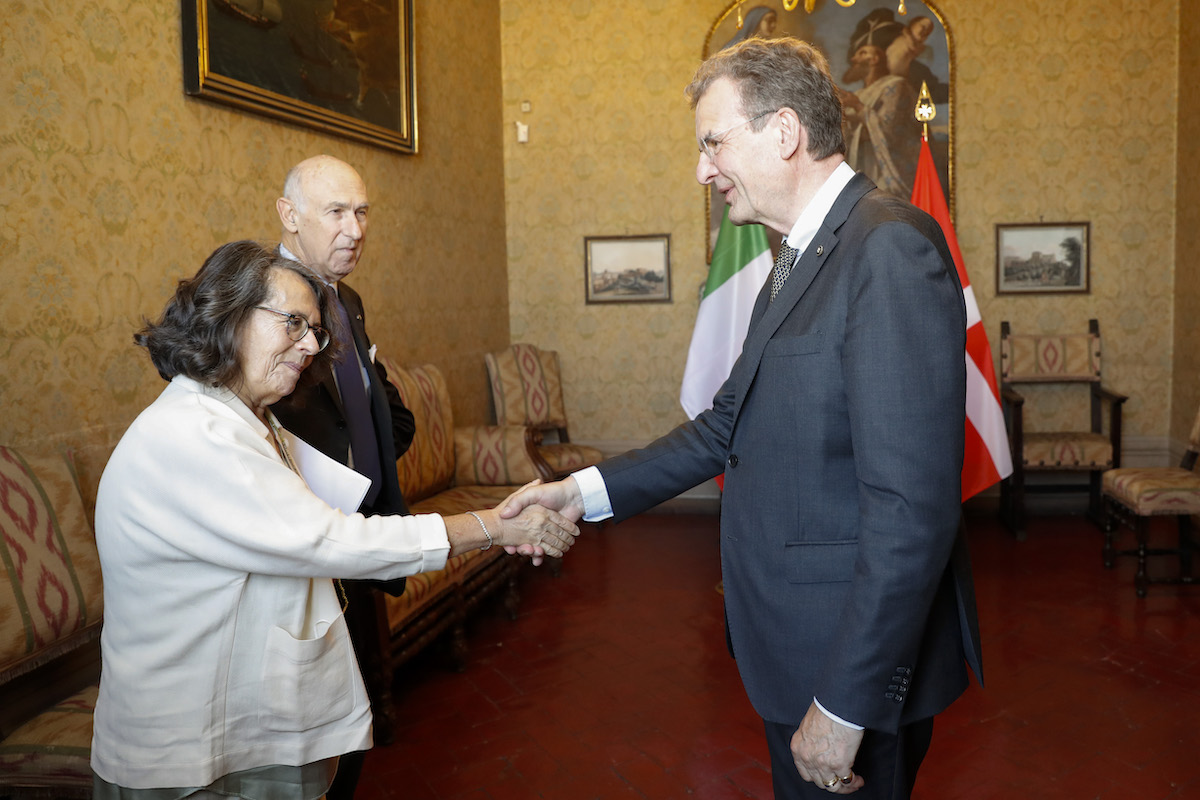 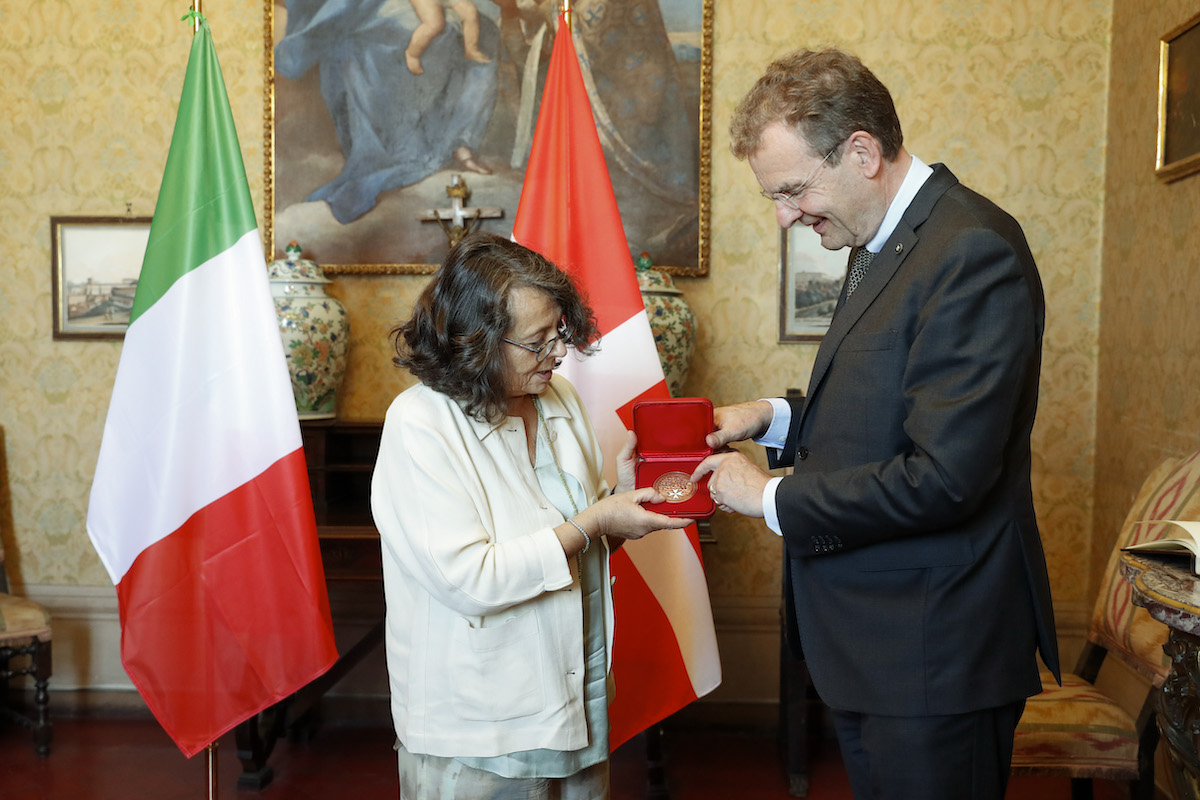 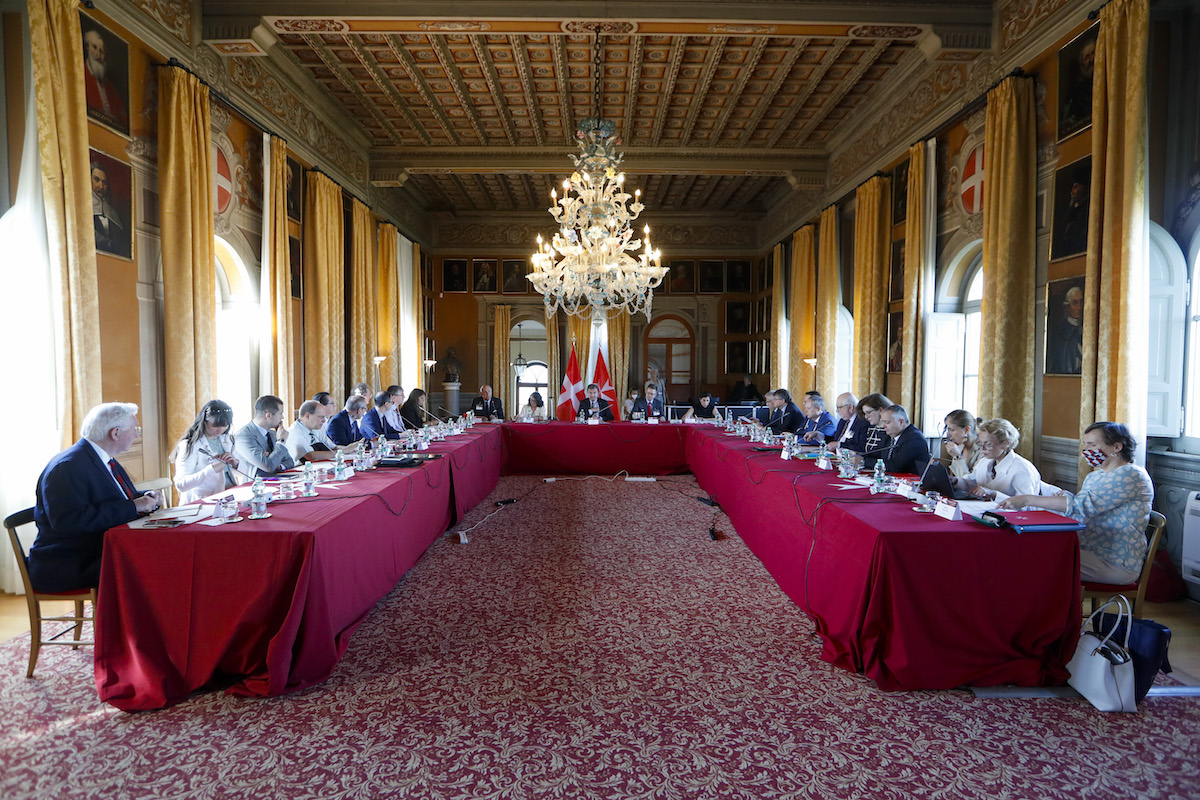 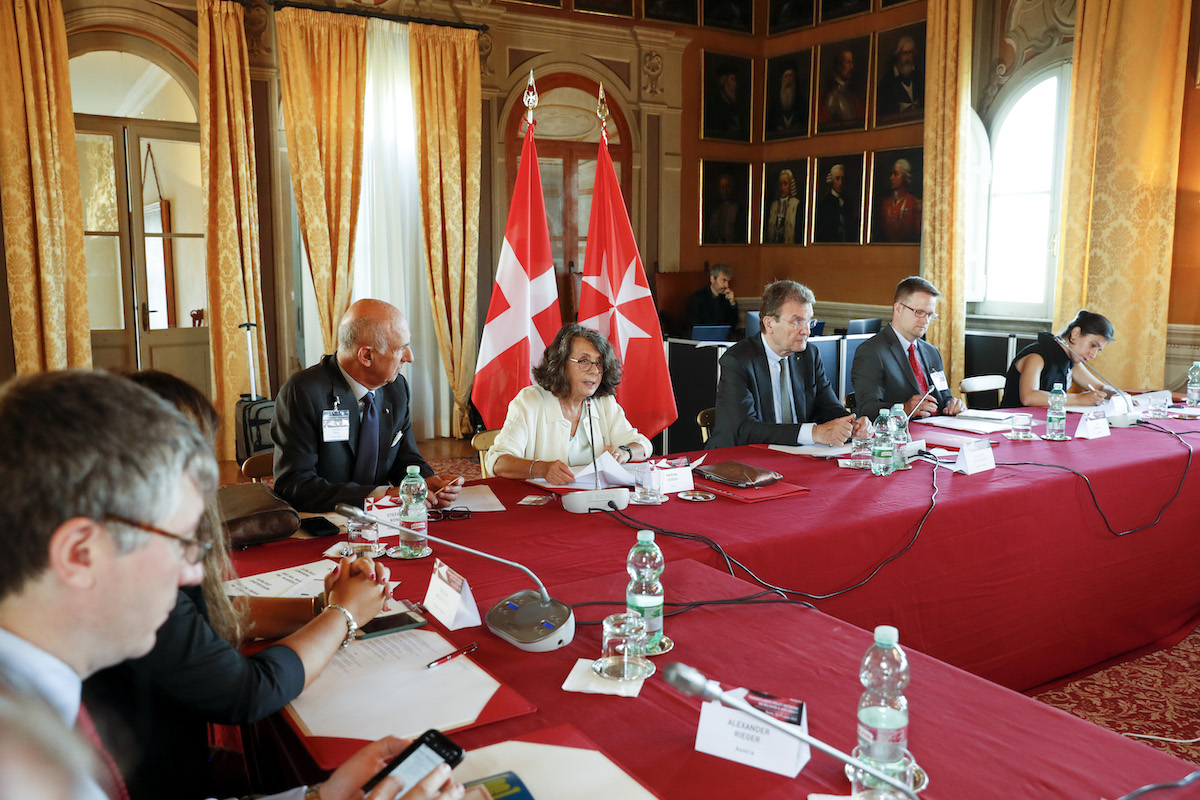 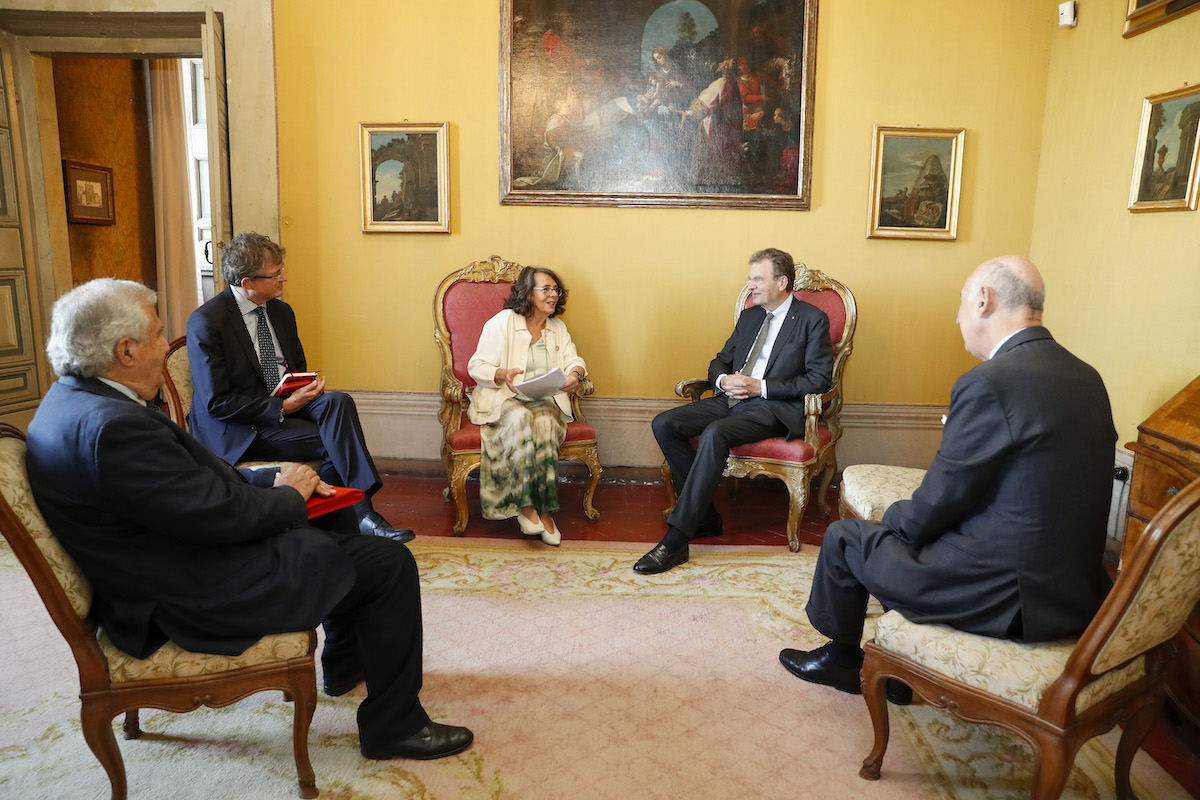 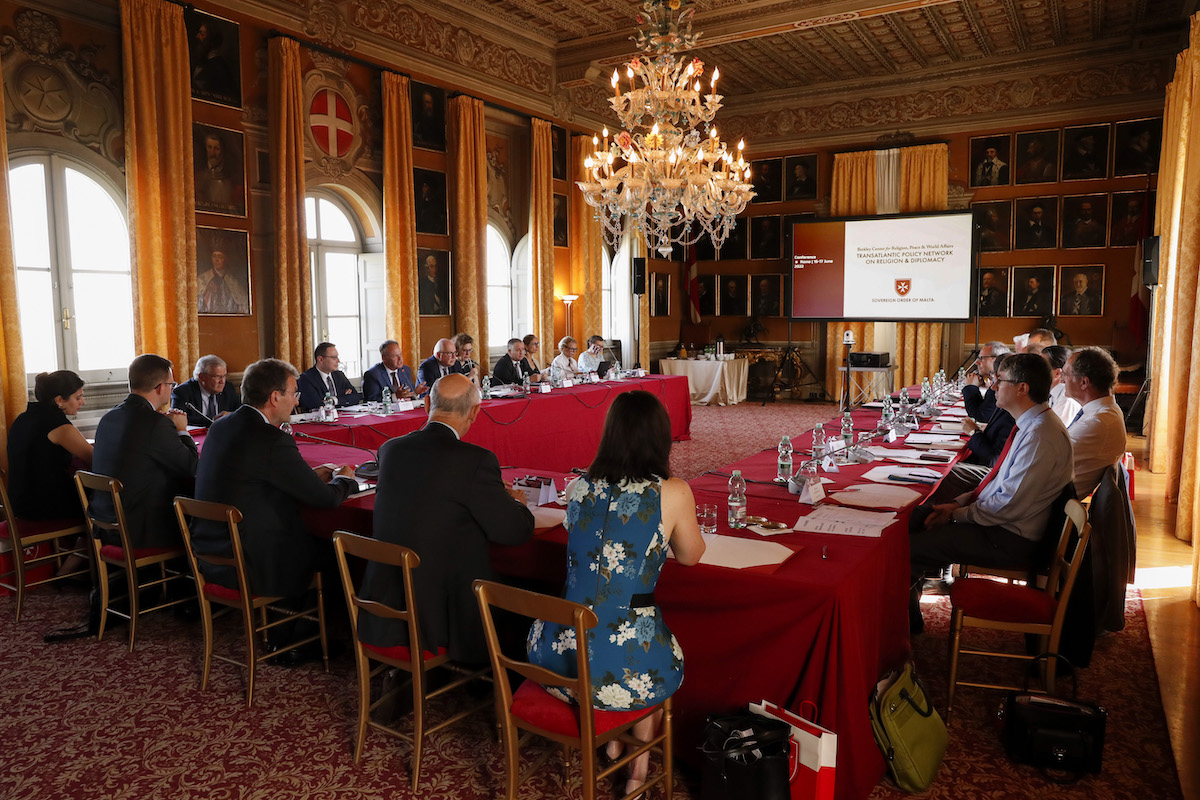