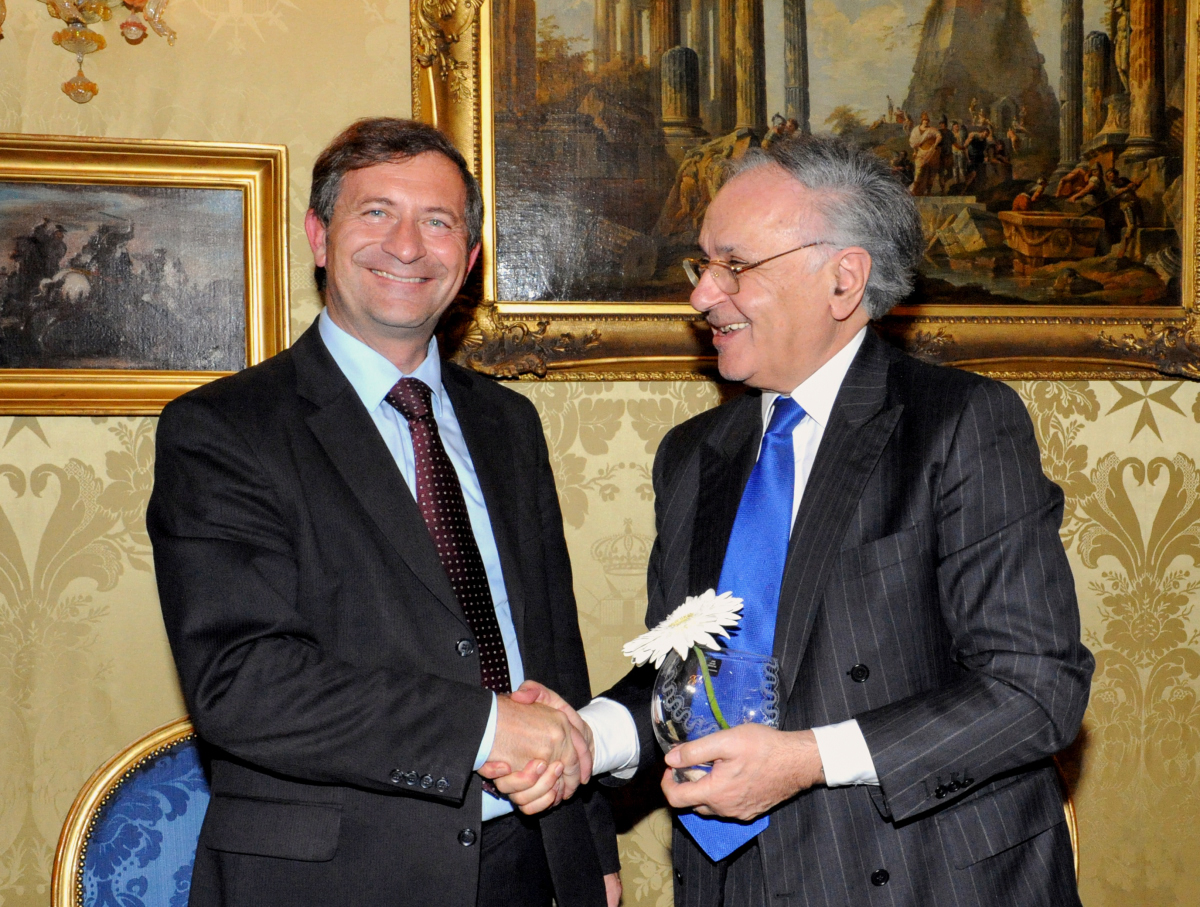 The Minister of Foreign Affairs of Slovenia, Karl Erjavec, was received yesterday by the Grand Chancellor of the Sovereign Order of Malta, Jean-Pierre Mazery, at the Magistral Palace in Rome. During the meeting the two ministers discussed the Order of Malta’s humanitarian programmes in the country, including the provision of essential goods for the needy and disadvantaged in the poorest regions of Slovenia, and the further development of joint cooperation in Slovenia and abroad.

The visit coincided with the 20th anniversary of the establishment of diplomatic relations between the Republic of Slovenia and the Sovereign Order of Malta in 1992.