The photographic exhibition: “900 years in the service of the poor and the sick” inaugurated in the Serbian Parliament 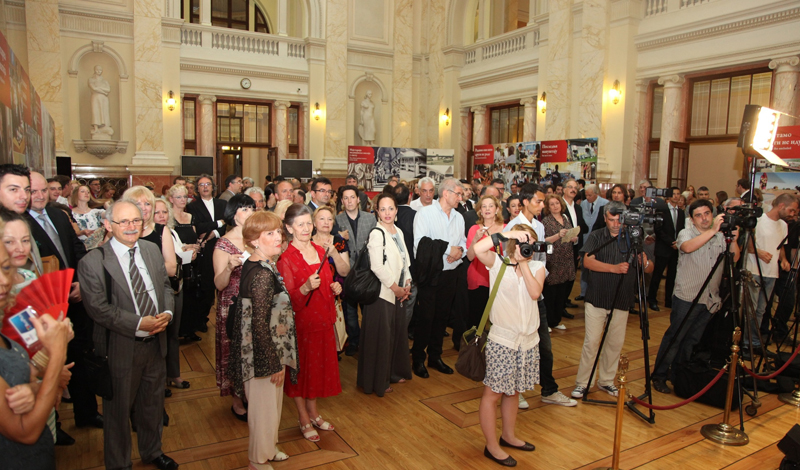 350 guests were present, including members of the Serbian government and diplomats.  The exhibition will run until 30 June

The photographic exhibition “Order of Malta:  900 years in the service of the poor and the sick” was inaugurated in Belgrade on 21 June.   The rooms of the National Assembly were the setting for this remarkable depiction of the Order’s work and history, thanks to the  courtesy of its President Nebojsa Stefanovic and the efforts of the Chairman of the  Parliamentary Group of Friendship Serbia-Sovereign Order of Malta, Vladimir Marinkovic.

“Everyone told me that asking the Serbian Parliament to host this exhibition was a lost cause,” the  Sovereign Order of Malta’s Ambassador to Serbia,  Alberto di Luca said. “There was very little probability of getting permission, but on the other hand no one had ever attempted it before,” added Luca, who then listed a series of statistics to confirm the success of the event: 350 guests just on the inaugural evening, organized on the feast day of St. John the Baptist, including government deputies, members of the Diplomatic Corps accredited in Belgrade,  representatives of the academic and cultural worlds, journalists.  “It made a great impact,” Alberto di Luca continued, stressing that exhibition visitors were  particularly struck by two numbers: the Order of Malta’s presence in 120 countries and its extensive network of  80,000 volunteers.

Besides distributing meals and medical supplies, the Serbian Embassy raises funds to promote reception facilities for families of young cancer patients in the Belgrade Hospital’s Department of Oncology.  The hospital treats children from all over the country, whose families are often forced to sleep in their cars in a city where the temperature often falls below zero in winter.