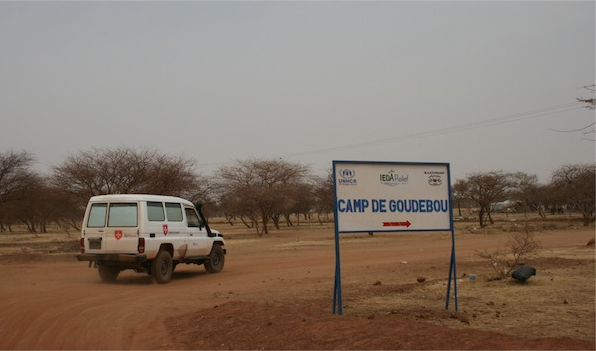 One of the Ordre de Malte France’s missions is to bring support and assistance to the victims of disasters or humanitarian emergencies. Within the framework of this mission, it has been working directly in Burkina Faso to assist Malian refugees who have been forced from their country by the political crisis. We are talking about some 475,000 persons who have had to leave their homes since 2012. There are over 300,000 internally displaced people whereas some 175,000 have found refuge in Mauritania, 47,200 in Burkina Faso, 50,000 in Niger and around 1,500 in Algeria.

Since the start of the conflict, 150 first-aid and ambulance personnel of the Ordre de Malte France have played an active part in the aid operations of the UN Refugee Agency (UNHCR). They manage eight centres with ambulances all over the country. In 2012 their relief teams carried out over 2,300 assistance actions, including many in the refugee camps near the Mali border, in the Mentao camp near Djibo and in the Goudobou camp near Dori and Gorum-Gorum.

“The donations in favour of the Malian refugees have enabled us to assist many women, children and men,” said Salifou Ouédraogo, Director of Ordre de Malte France’s Training and Relief Operations in Burkina Faso. “We have been able to transport numerous sick people and have helped the local population obtain treatment. But, more important than ever, this aid has brought hope to many refugees”.