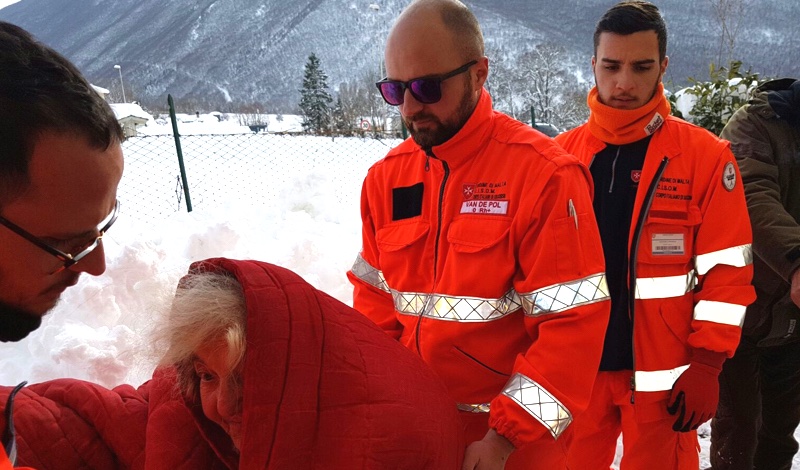 Another 9 teams ready to leave

Since yesterday the Order of Malta’s Italian Relief Corps has been active in one of the areas most hard hit by the four strong earthquakes recorded in the morning, followed by another 400 tremors in just 24 hours. The Italian Civil Protection immediately requested two rescue teams, with six volunteers, for Montereale – epicentre of the earthquake – in the Aquila region. The teams left from Umbria to assist the rescue workers already present and the affected population. Upon arrival the volunteers were sent to search for people who could have been blocked by snow in the outlying districts. Many disabled elderly people were assisted in the night and then accompanied to the emergency shelter in Montereale to get warm and sleep over. The next morning they were then taken back to their homes to look after their farm animals.

It is continuing to snow in Abruzzo and in the areas of central Italy where the Order of Malta’s Italian Relief Corps has been in place since the earthquake of 24 August. It first mainly performed emergency actions with the First-Aid Needs Assessment team and then later assistance projects for the population and municipalities in cooperation with or managing the Municipal Operations Centre. The volunteers are still in Norcia with a team of six and in Camerino with two psychologists in the camps housing the earthquake victims.

Since 24 August to date over 700 volunteers of the Order of Malta’s Italian Relief Corps have been deployed for the emergencies caused by the latest quakes in central Italy.  They have assisted some 2,000 people housed in the sports facilities used as reception centres and have set up a field kitchen which has delivered 600 meals daily for a month. The professionals present included healthworkers, psychologists, first aiders in the red zone and technical staff dealing with formalities for the Municipal Operations Centre and operational plans as well as the distribution of food and medicines in the outlying districts of Amatrice, Muccia, San Severino Marche and Norcia. A vast area in which volunteers from all over Italy are present and for which another nine teams are ready to leave. 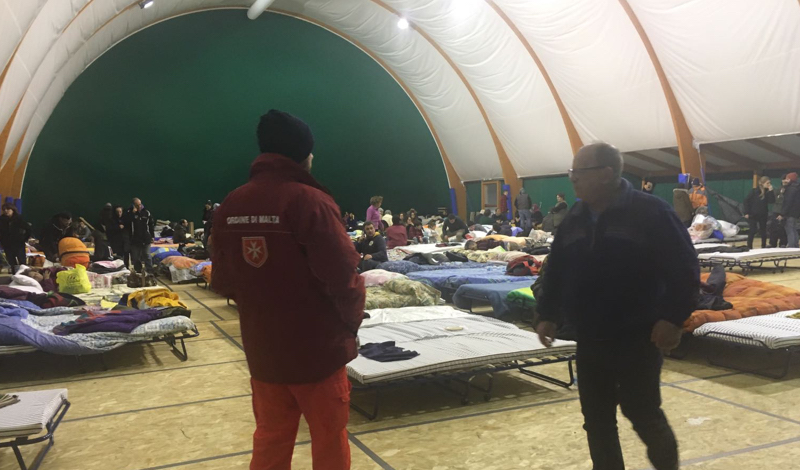 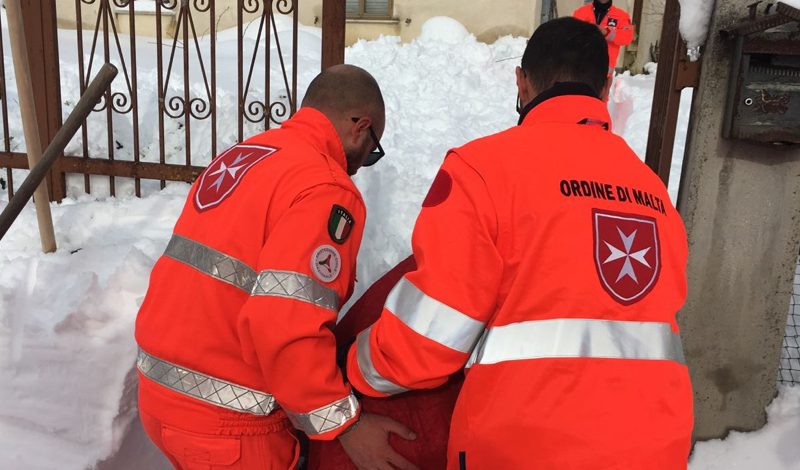