Kandia Kamissoko Camara, Minister of State, Foreign Affairs and Integration of Côte d’Ivoire, was received on 7 October by the Grand Chancellor of the Order of Malta, Albrecht Boeselager, at the Magistral Palace.

Talks focused on the political and health situation of West African countries, with particular focus on Mali, Burkina Faso and Ghana, and on health cooperation with Côte d’Ivoire. Migration and the Covid-19 pandemic were also discussed.

Conveying the greetings of Alassane Dramane Ouattara, President of Côte d’Ivoire, Minister Kandia Kamissoko Camara stressed “the excellent relations that have linked Ivory Coast to the Order of Malta for 50 years, accompanied by the gratitude of all the Ivorians for the important aid the Order provides in the healthcare sector”. “Côte d’Ivoire,” the minister continued, “is a country where peace reigns and where social reconciliation is at the heart of the President and the Government’s agenda. My country’s stability and security enable us to welcome numerous refugees from neighbouring countries, fleeing from terrorism, political instability and poverty.”

The Grand Chancellor assured the Minister that the Order was very pleased with the quality of their relations and the important support Côte d’Ivoire authorities gave to the Order’s activities. He reiterated the Order of Malta’s commitment “to contribute to peace and stabilisation in the region.” Albrecht Boeselager confirmed that the Order of Malta was willing to discuss further forms of cooperation, particularly regarding training for health, nursing and paramedical staff.

The Order of Malta boasts a long-standing presence in Ivory Coast, a country with 26 million inhabitants and a life expectancy of 57 years. Diplomatic relations were established in 1972. In September 2019, Côte d’Ivoire and the Order of Malta signed a cooperation agreement.

The St John Baptist Hospital in Bodo, managed by Ordre de Malte France, was inaugurated in 2015. Since then, it has gradually implemented medical and surgical services, a maternal-child department, vaccinations, radiology and first-aid units and now provides health care to a population of some 250 thousand people in the Agneby-Tiassa region. The hospital has several ambulances to provide assistance on the road leading to Abidjan, the scene of frequent accidents. Ordre de Malte France also supports 17 medical centres nationwide through donations of medicines and medical equipment or subsidies.

The meeting was attended by Harlette Badou N’Guessan Kouame, Minister of Culture, and Louis Léon Boguy Boguy, Ivory Coast’s Ambassador Designate to the Order of Malta. 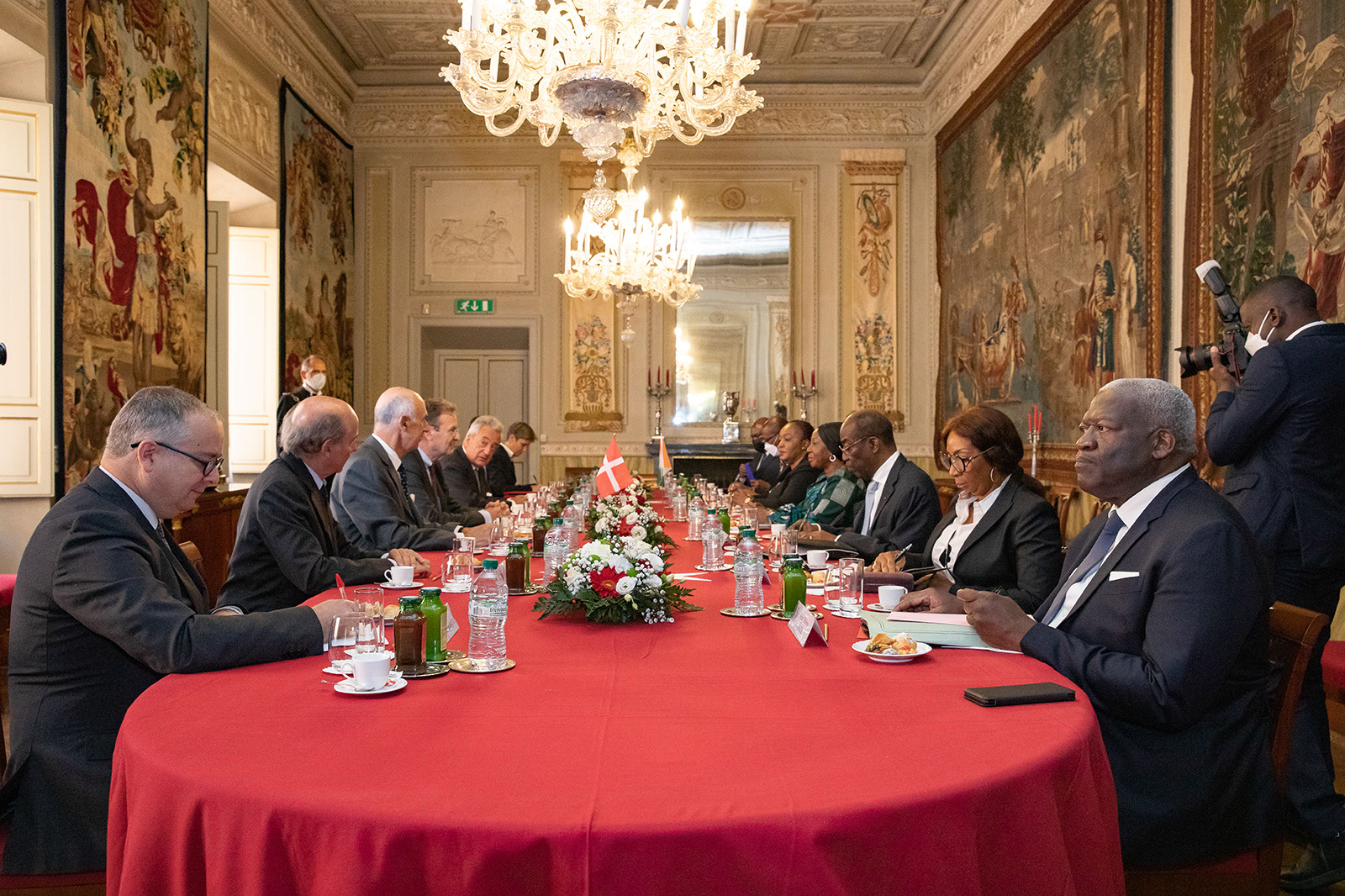 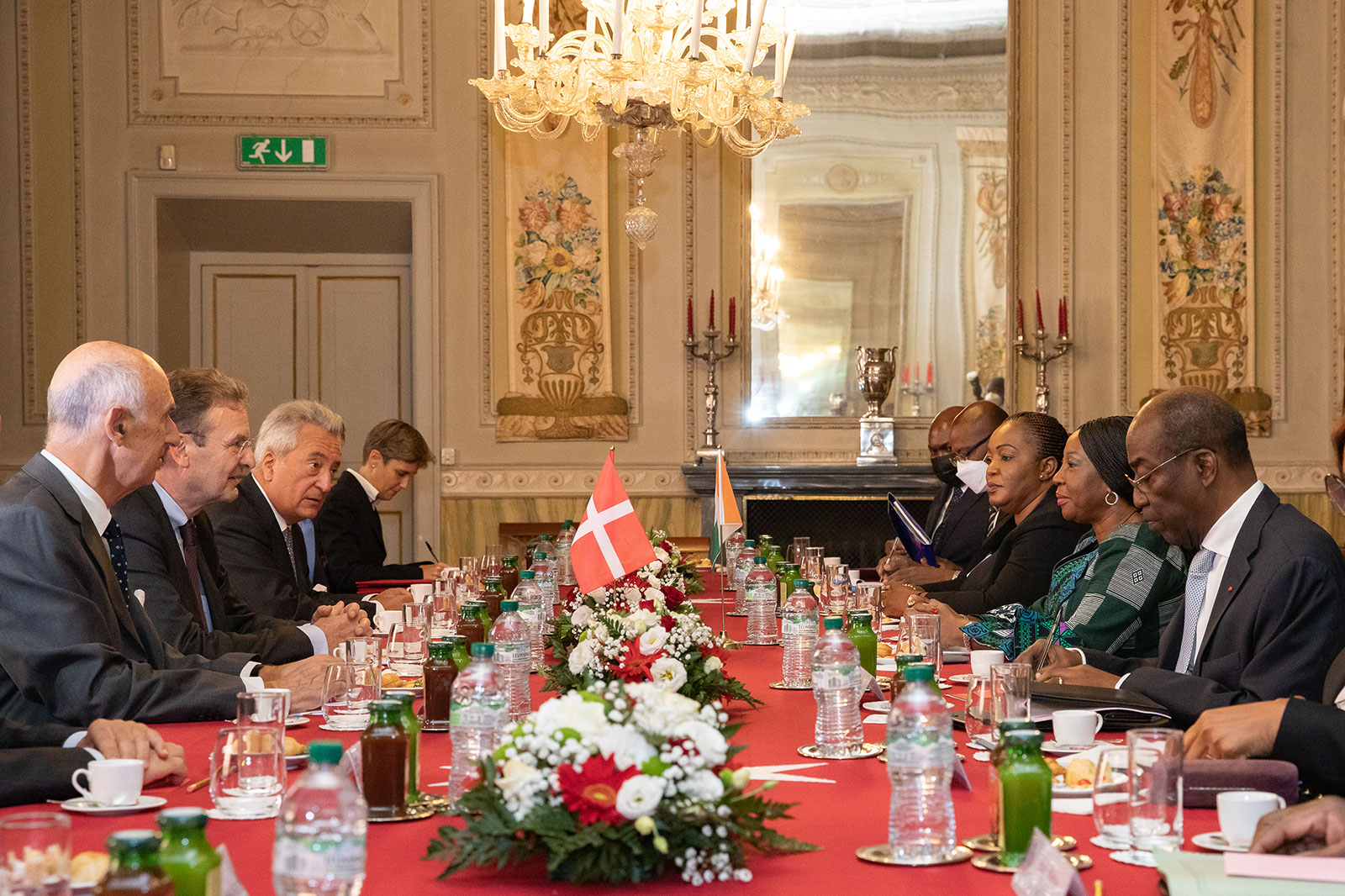 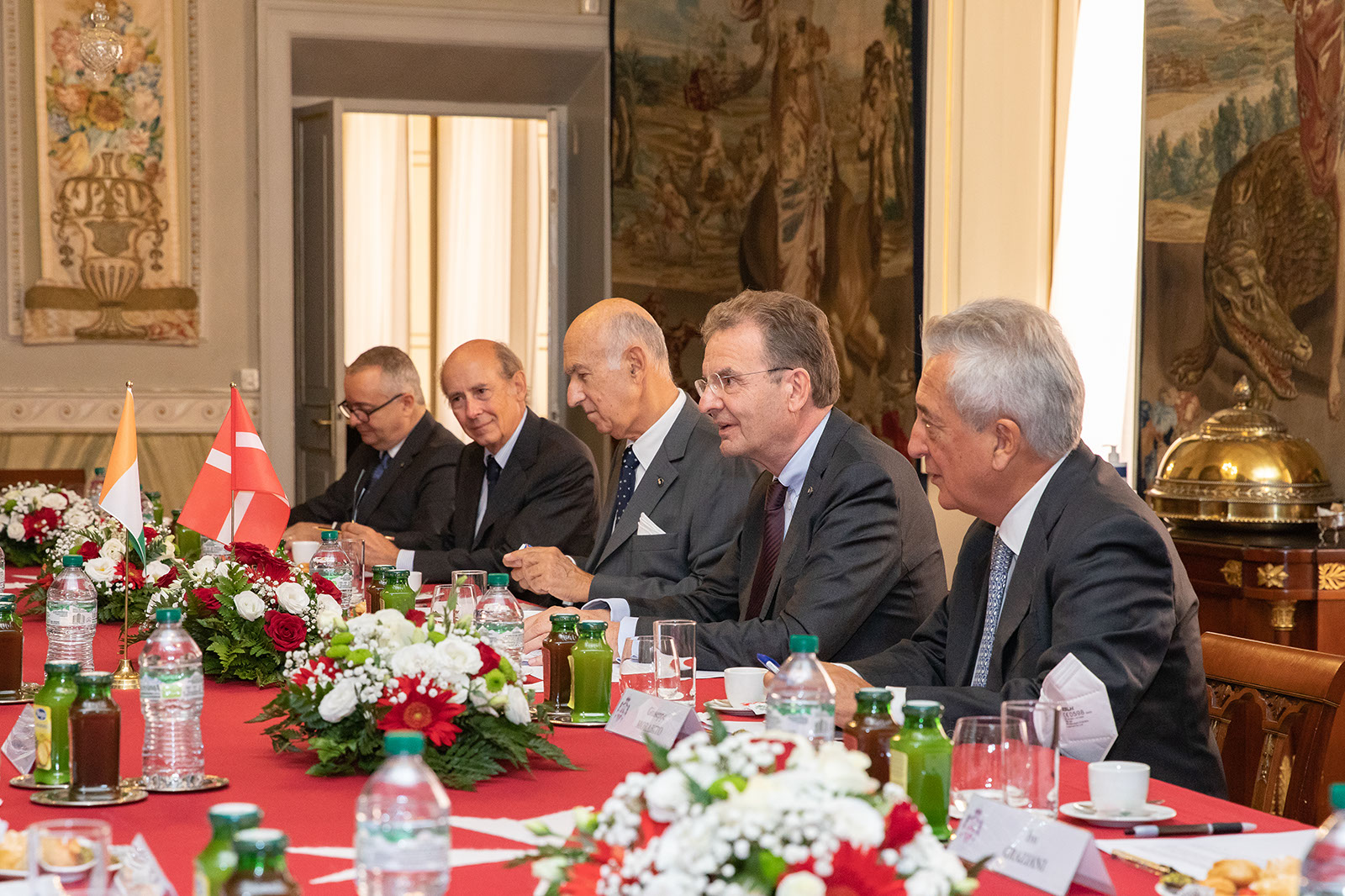 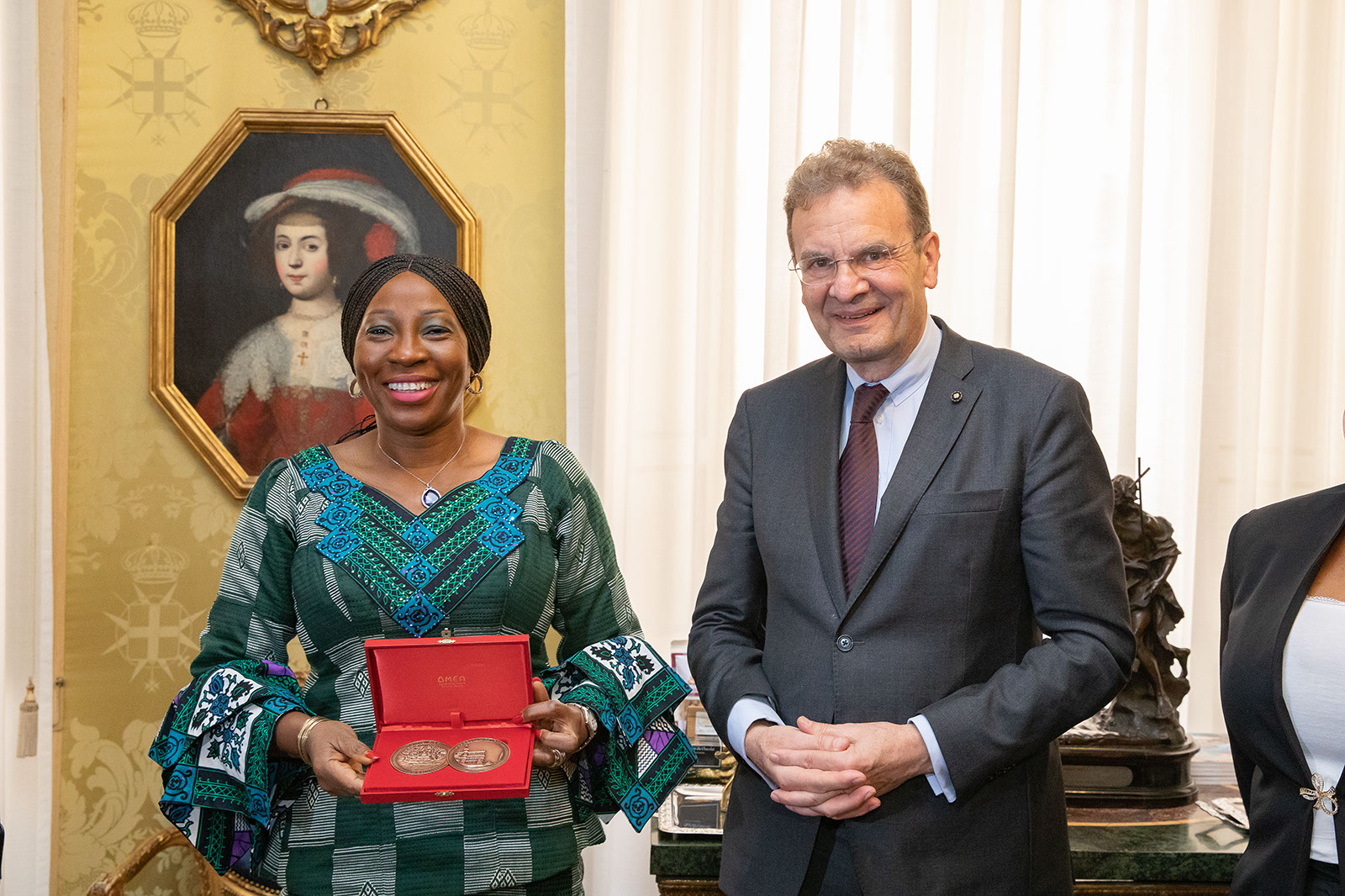 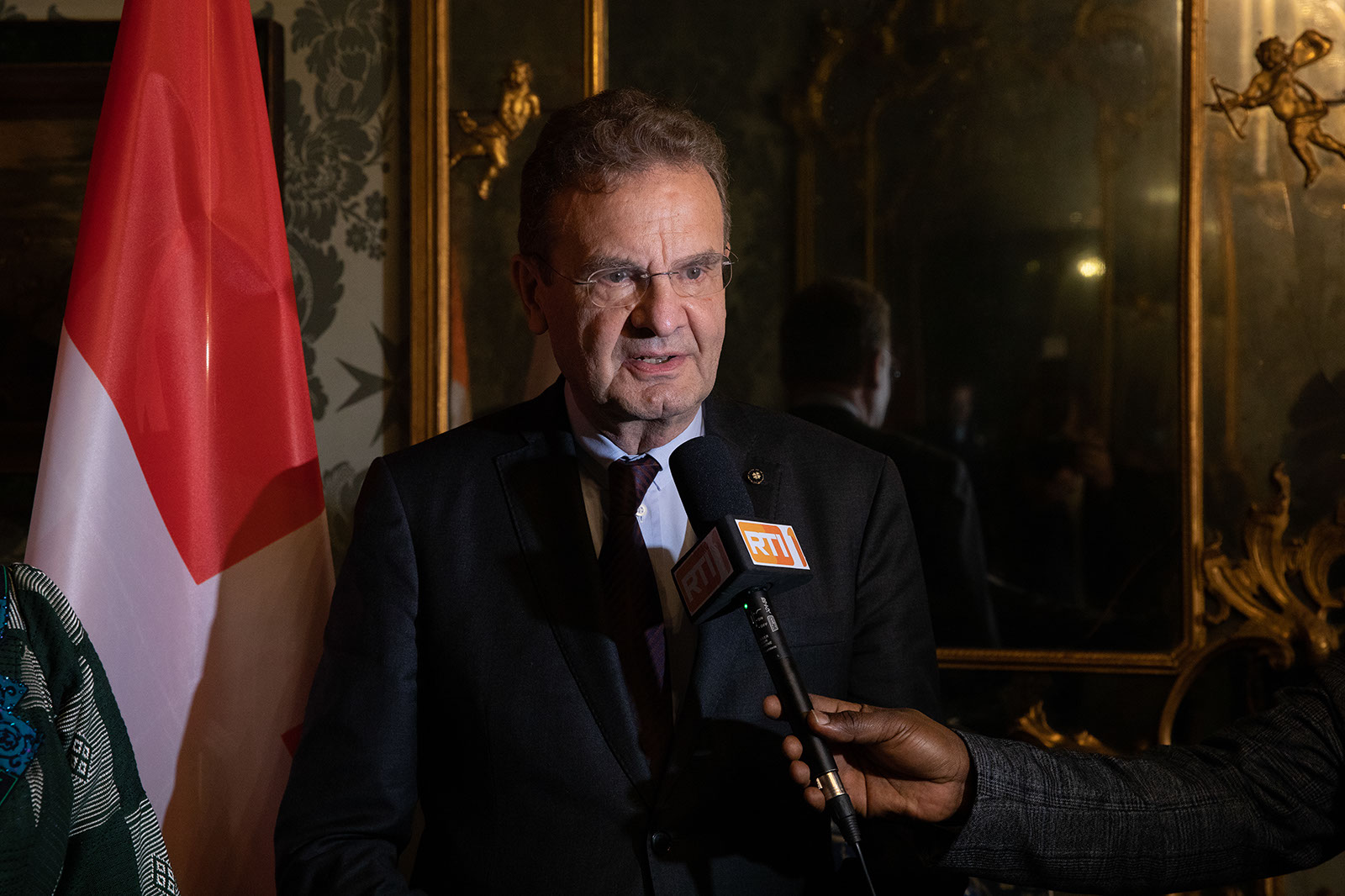