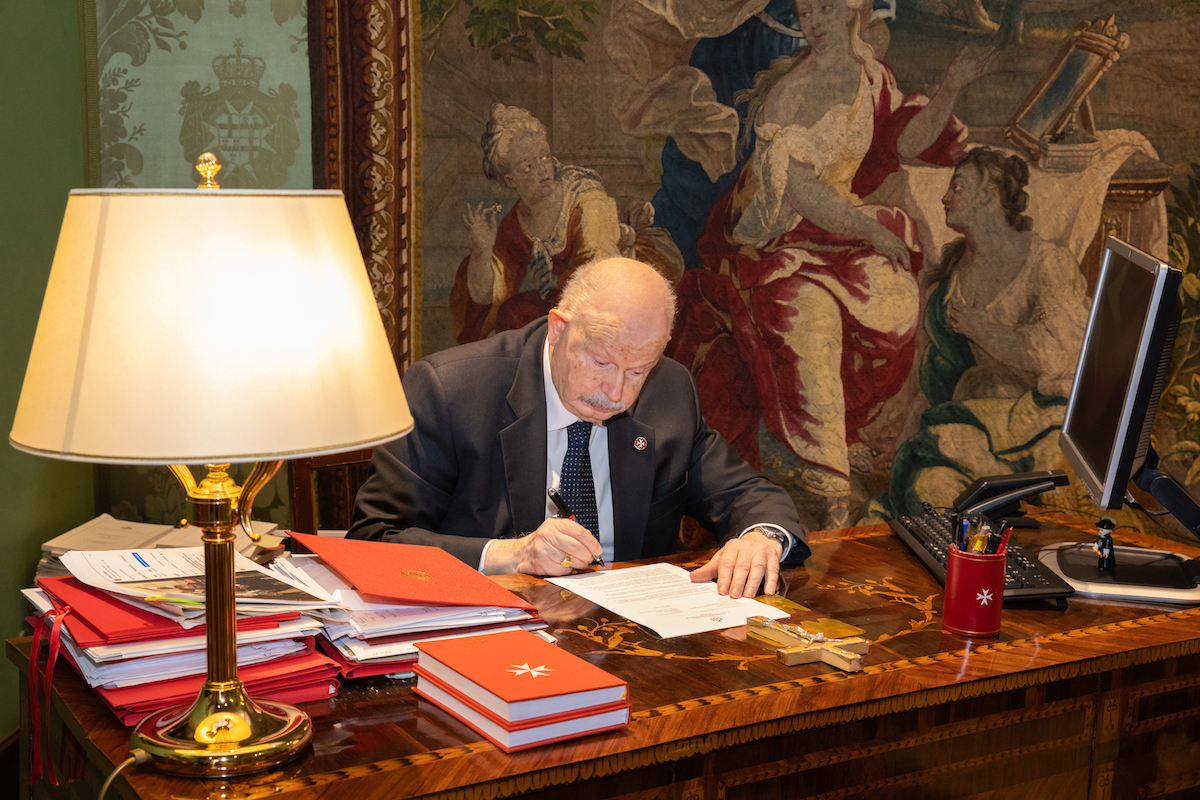 First of all, I send to every member of the Order and to all our volunteers and friends my best wishes for a holy and peaceful Christmas and a happy New Year 2007.

This year has continued to record developments of our work for the poor and the sick in many areas. The effects of the catastrophic tsunami are still felt in South East Asia and we continue our work there, reconstructing houses, helping people re-establish their lives, offering social care to those still traumatised by the events that destroyed, for so many, their lives, their families and their homes. We also continue our work in Afghanistan and Iraq, caring for refugees and internally displaced persons.

On the diplomatic side, we opened full relations with Timor-Leste and Montenegro. I paid official visits to Cameroon in February and to Bulgaria in March, where I had useful conversations with members of the Holy Synod of the Church of Bulgaria. In December I called on the President of Austria. Many heads of state called on the Grand Magistry, including President Ciampi of Italy in April and the Presidents of Nicaragua in January, Poland in May, Costa Rica in June, Burkino-Faso in September, Seychelles, Austria and Serbia in October, Hungary in November. The Speaker of the Canadian Senate paid a government visit in October.

Our usual pilgrimages to Lourdes, Assisi and Loreto took place, with increased participation of members of the Order, and what was particularly gratifying was the presence of nearly 200 helpers between the ages of 3 and 18 at Loreto.

Sadly, we lost three professed members: Fra’ Carlo Arditi who died in July, the former Grand Prior of Rome, Fra’ Angelo Mazzaccara in November, and recently the Grand Prior of Austria Fra’Wilhelm von und zu Liechtenstein.

I must also record the death on 17th November of Count Géraud Michel de Pierredon, who had been Grand Hospitaller of the Order for many years.

I am glad to say that there are a few who are testing their vocations as professed knights.

Once again, I send you all my greetings for Christmas and the New Year. 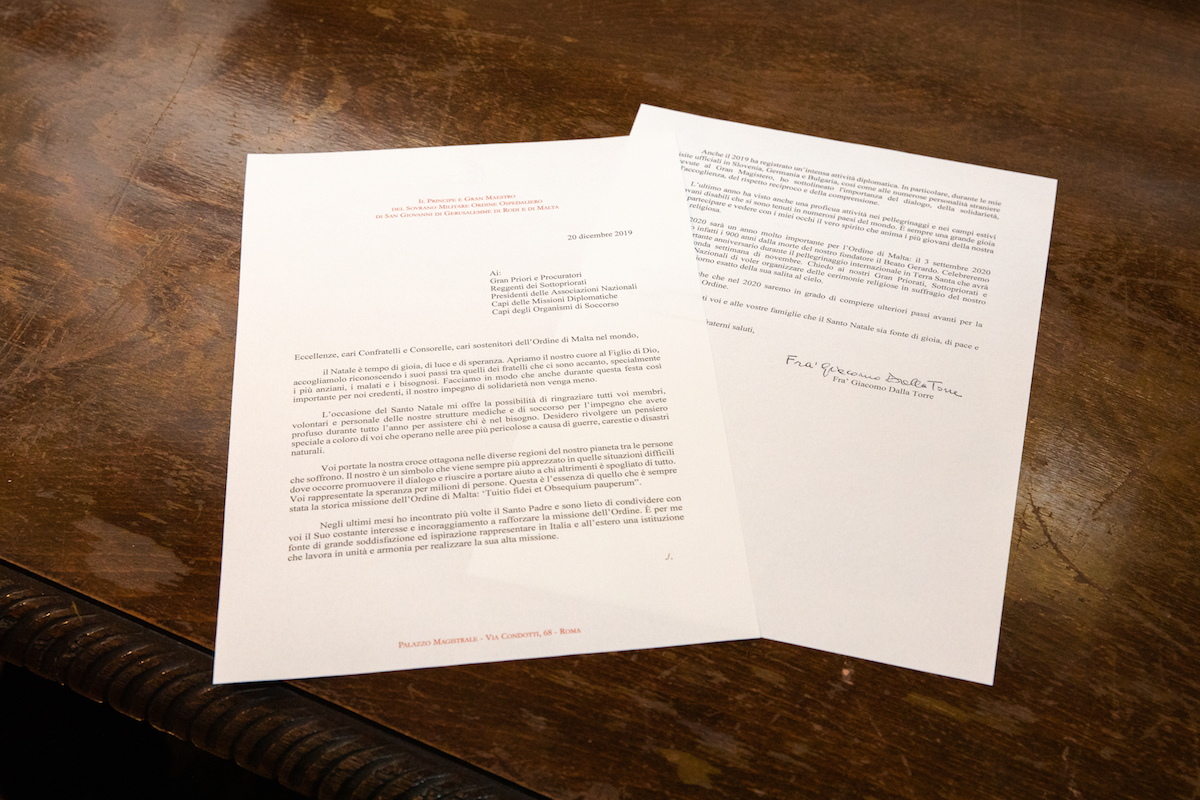