Inauguration of the expansion of the Holy Family Hospital outreach clinic 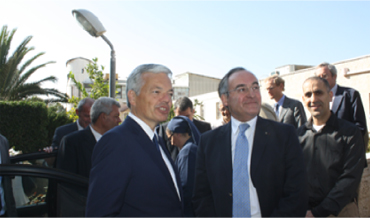 Paediatric and neonatal care: new facilities thanks to Belgian Government

The Belgian Deputy Prime Minister and Minister of Foreign Affairs Didier Reynders visited the Order of Malta Holy Family Hospital in Bethlehem, and participated in the November 10th inauguration of the expansion of the hospital’s outreach clinic. He was received by Dominique de La Rochefoucauld-Montbel, the President Delegate of the Hospital Board. The new facilities include paediatric and neonatal care in addition to the maternity care already in place.

The development was funded by a subsidy granted by Royal Decree of H.M. King Albert II, dated February 19th 2013, for the benefit of the Palestinian people, along with the support of the International Department of the Belgium Association of the Order of Malta.

During the ceremony a speech was made by Didier Reynders emphasising the cooperation between the Order of Malta and Kingdom of Belgium in humanitarian and charitable projects, and stressing the current cooperation for the benefit of the Palestinian people that aims to provide paediatric care for the most vulnerable living in the villages surrounding Bethlehem. The participants also visited the Neonatal Intensive Care Unit and the crèche. 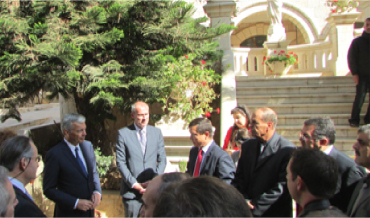 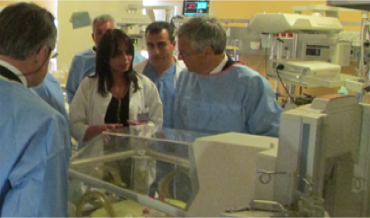