Khaldieh Medical Centre: Efficiency and Humanity at the Service of the Syrian Refugees 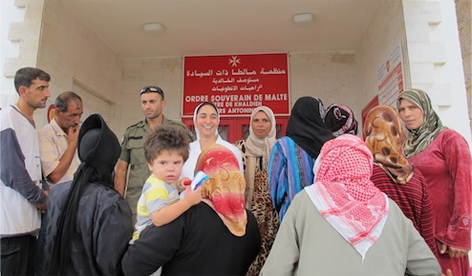 Located not even 40 kilometres from the Syrian border, the Khaldieh medical centre is on the same latitude as the Syrian town of Homs, the heart of the early clashes that inflamed Syria in March 2012. Khaldieh is in fact precisely where thousands of Syrian refugees fleeing their country arrived during the early stages of the conflict. To face the emergency, the Lebanese Association of the Sovereign Order of Malta – which supports the medical centre through the congregation of the Antonine Sisters – stepped up its aid, which ranges from cardiology and endocrinology to pediatrics and gynaecology, and started a vaccination and health awareness campaign for the many refugees.

And that’s not all. The medical team led by Sister Céline Nohra also offers social and psychological care since the traumas of a refugee are often invisible and concealed. And that is especially true when the victims are children. Then if the refugees do not look for help, the doctors and assistants of the centre are the ones who go to seek them out at the various emergency camps scattered throughout the olive fields of the nearby province of Tripoli. It is here where many of them have occupied a few square metres to take shelter from the summer heat and the rains that will turn the clay soil into mud within just a few weeks.

Every day about 100 patients go to the Khaldieh centre to receive medical treatment. On some days, however, the number rises drastically. The number of visits is in fact tied to the presence of certain specialists. On those days when the centre offers gynaecological care, the number of Muslim women – meaning Syrian refugees as well – rises to a striking degree. Many of them fled the country with many children, or even pregnant, and require special care. This is why the medical centre places at their disposal a large number of women physicians, in order to meet the special needs of the Muslim culture.
It is precisely in Khaldieh where the Syrian refugees camped out in the vicinity of the medical centre receive food aid, medical products, blankets and mattresses. Roughly 800,000 Syrian refugees are registered throughout the country, but total estimates reach 1,500,000. Pasta, rice, oil, sugar, water for dissolving powdered milk for infants, detergents, toothbrushes, sponges and diapers. There are about 40 families – each with an average of 5 members – that diligently wait their turn to receive humanitarian aid in just one day of distribution.

The efficiency linked to the humaneness of the staff and the level of services offered led the Beirut government to accredit the Khaldieh centre, the first on the list of over 40 medical centres analysed throughout the country.

In this country known for its cedar trees, the Order of Malta Association runs another nine social-medical centres. Many of them are in remote locations often devoid of healthcare services and populated by elderly residents. It is a widespread presence that goes from the north to the south of the country. It embraces different faiths and denominations, as seen in the close collaboration between the Order and the Shiite foundation Al-Sadr in Sidon that for years has been a point of reference for Christians and Muslims. It is precisely its ability to communicate with different religions and to help fellow man without distinction of faith and origin that “has allowed the Order of Malta to be appreciated by the entire community,” explained the Apostolic Nuncio in Lebanon, Monsignor Gabriele Caccia, recently. “They bear witness to Christian values,” the Nuncio added. “The Order of Malta sets an example of efficiency for the entire Middle East.”

Marianna Balfour interviewed by Vatican Radio during her visit to Lebanon:
http://media01.radiovaticana.va/audiomp3/00391520.MP3 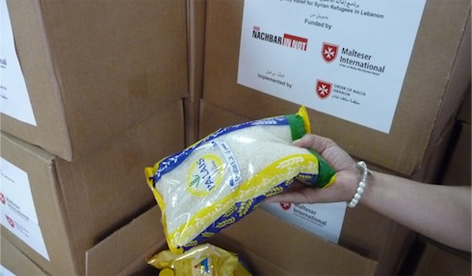 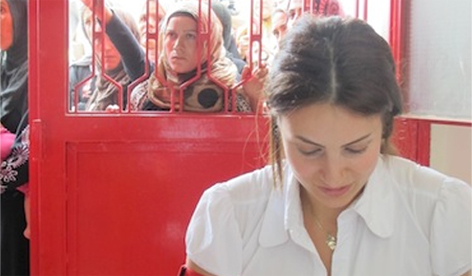 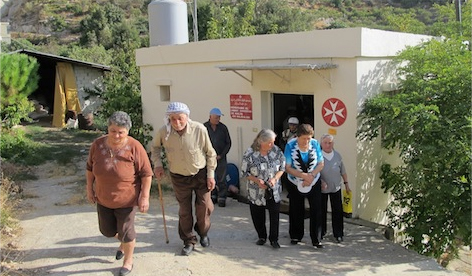 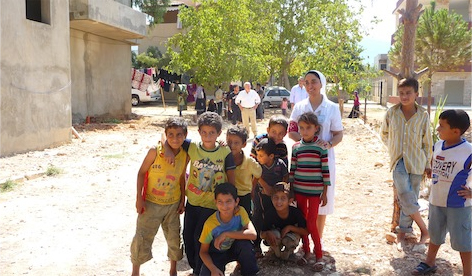