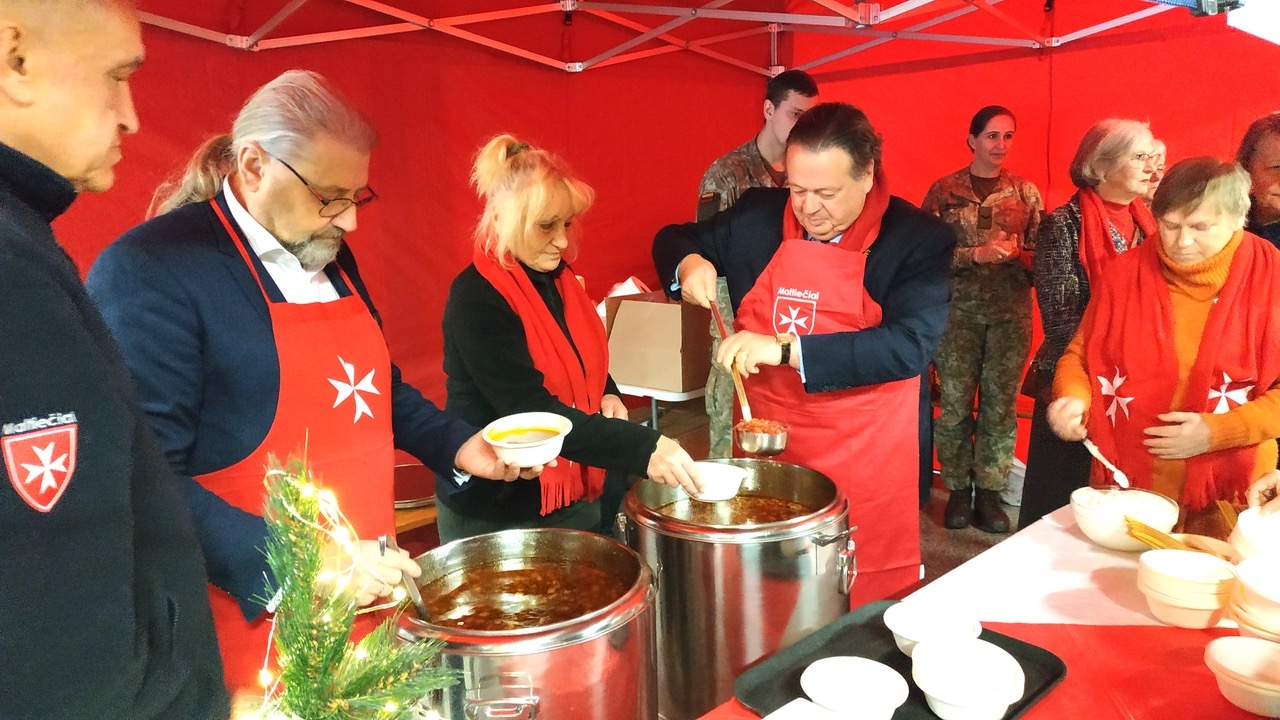 For the 17th consecutive year, the Order of Malta in Lithuania has launched the “Malteser Soup” campaign to raise funds for the elderly and the most vulnerable. The campaign, which traditionally takes place in the pre-Christmas period, has been prepared with particular enthusiasm this year because it coincides with the 30th anniversary of the establishment of diplomatic relations between the Sovereign Order of Malta and the Baltic country.

To celebrate this milestone, an official dinner was organized by the Sovereign Order of Malta’s ambassador to Lithuania and Estonia, Manfred Ritter Mautner von Markhof, attended by the Apostolic Nuncio Peter Antun Raijc, the Lithuanian First Lady, Diana Nausediene, the Labour Minister Monica Navickiene, several ambassadors from European countries and other representatives of the Vilnius government.

The First Lady gave a heartfelt speech of thanks for the Order of Malta’s presence in Lithuania. She recalled the containers loaded with basic necessities it sent in the days immediately after the country’s independence in 1990: “Since the first day and even now, the Order of Malta and its volunteers have always remained an active force for good in Lithuania. I am grateful for the humanitarian aid and assistance provided for the most vulnerable, the poor, the elderly, the disabled and children of disadvantaged families, as well as the contribution to social and health projects”. “The Order of Malta,” continued Diana Nausediene, “gives a striking example of Christian compassion and solidarity, offering hope and help to build a modern social state. These thirty years of cooperation between us are a true success story”.

Together with the Lithuanian Minister of Foreign Affairs, Inga Cherniuk, the Order of Malta’s ambassador participated in “Malteser Soup” both in Vilnius and in the city of Panevezys, north of the capital, where its mayor, Rytis Mykolas Rackauskas, was also present.

The objective of the 2022 campaign is to raise donations to help support 2800 elderly people in 42 locations in Lithuania. Elderly people who are living on the breadline and in conditions of painful isolation. 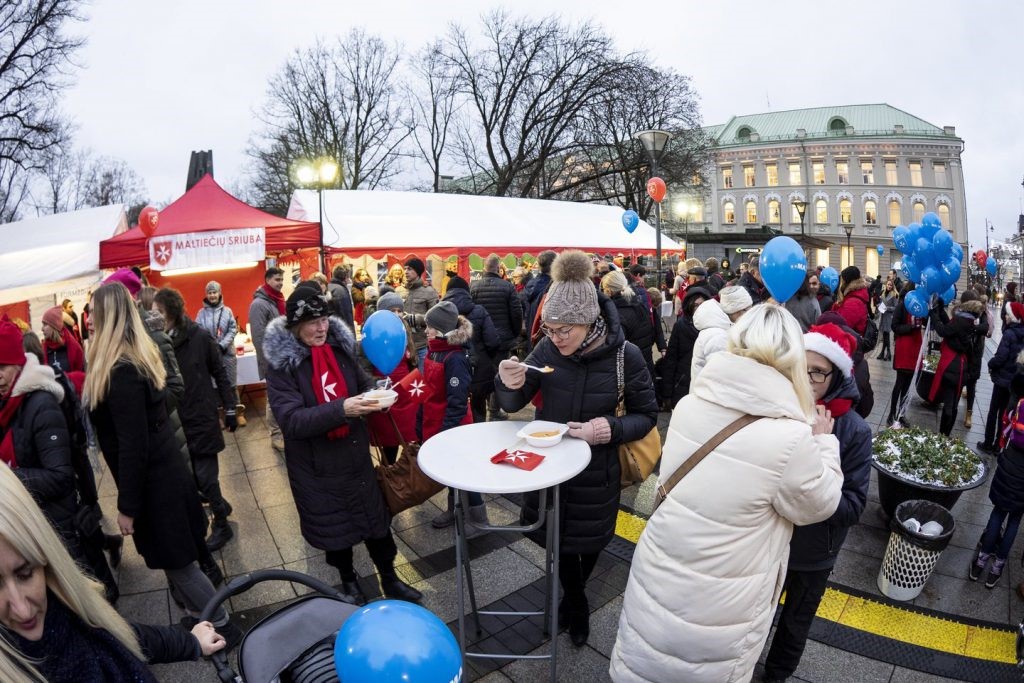 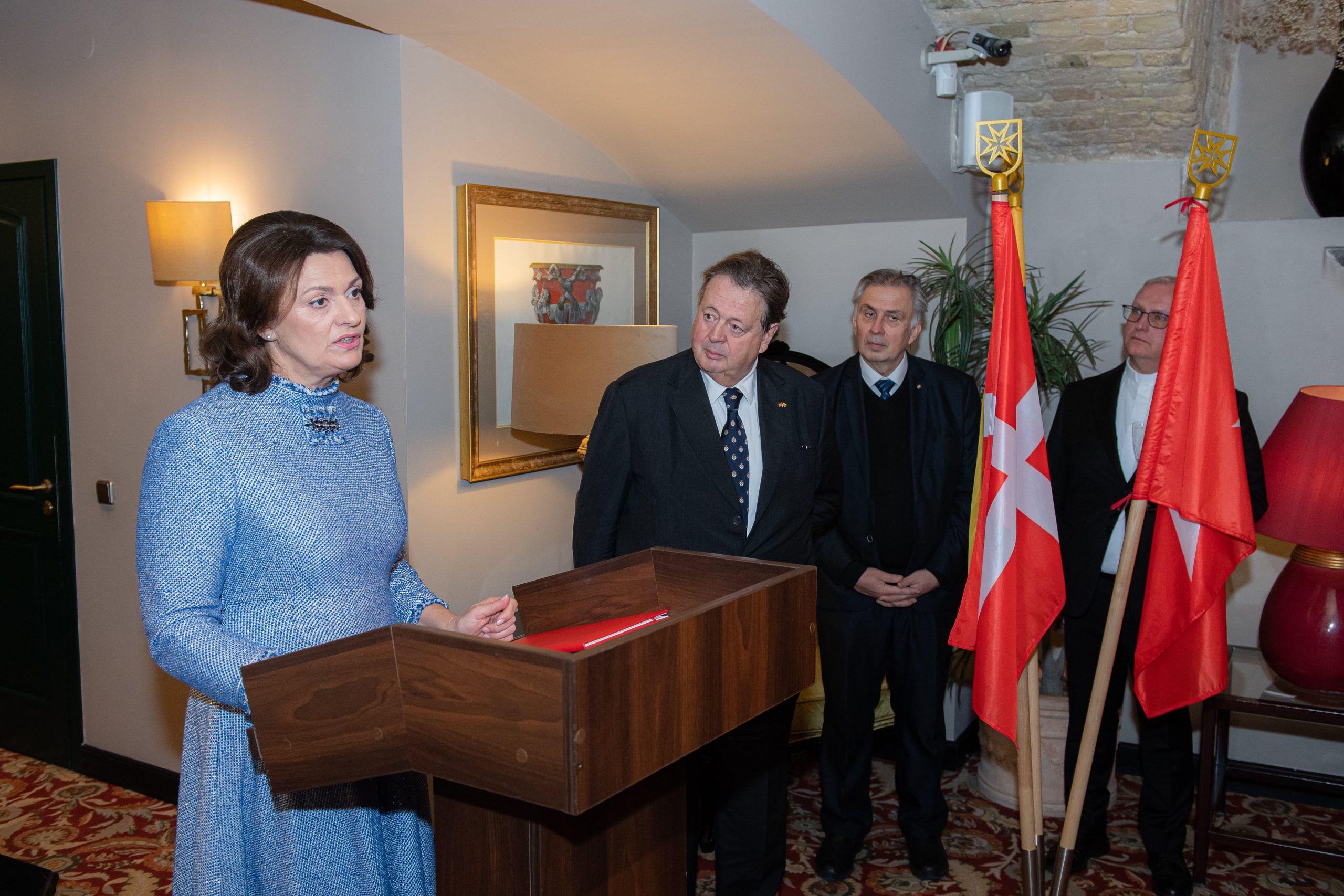 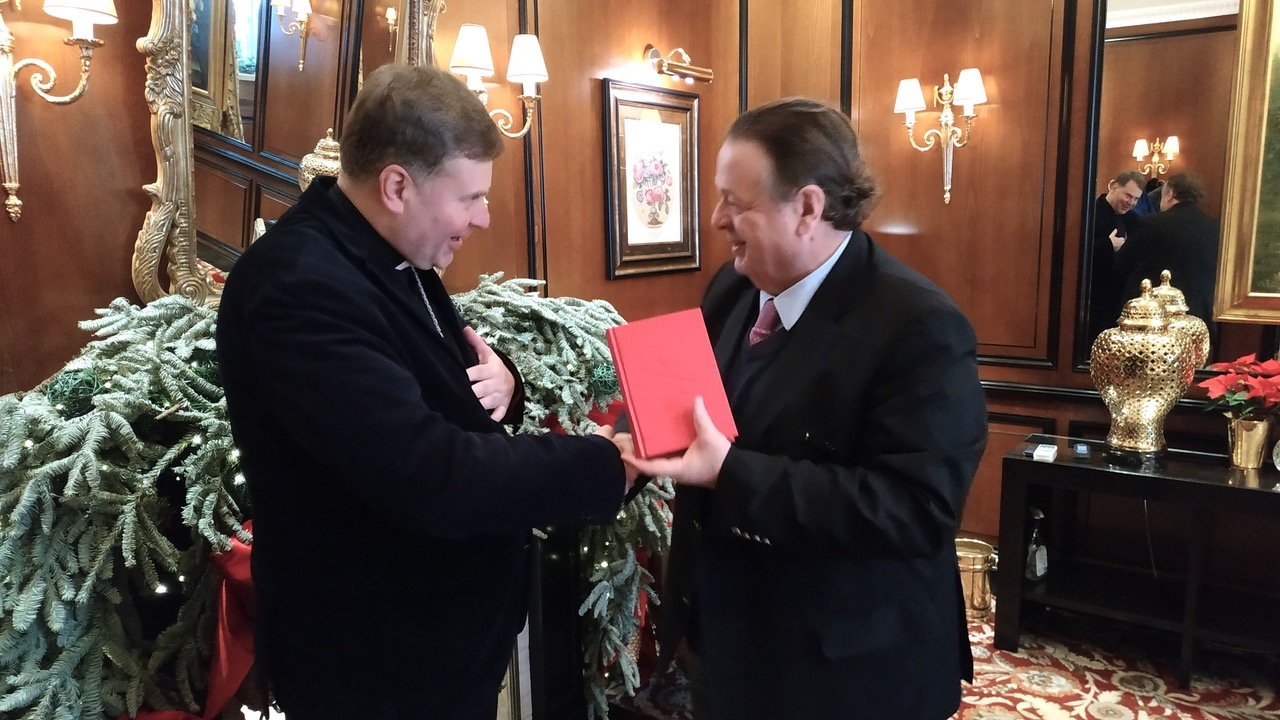 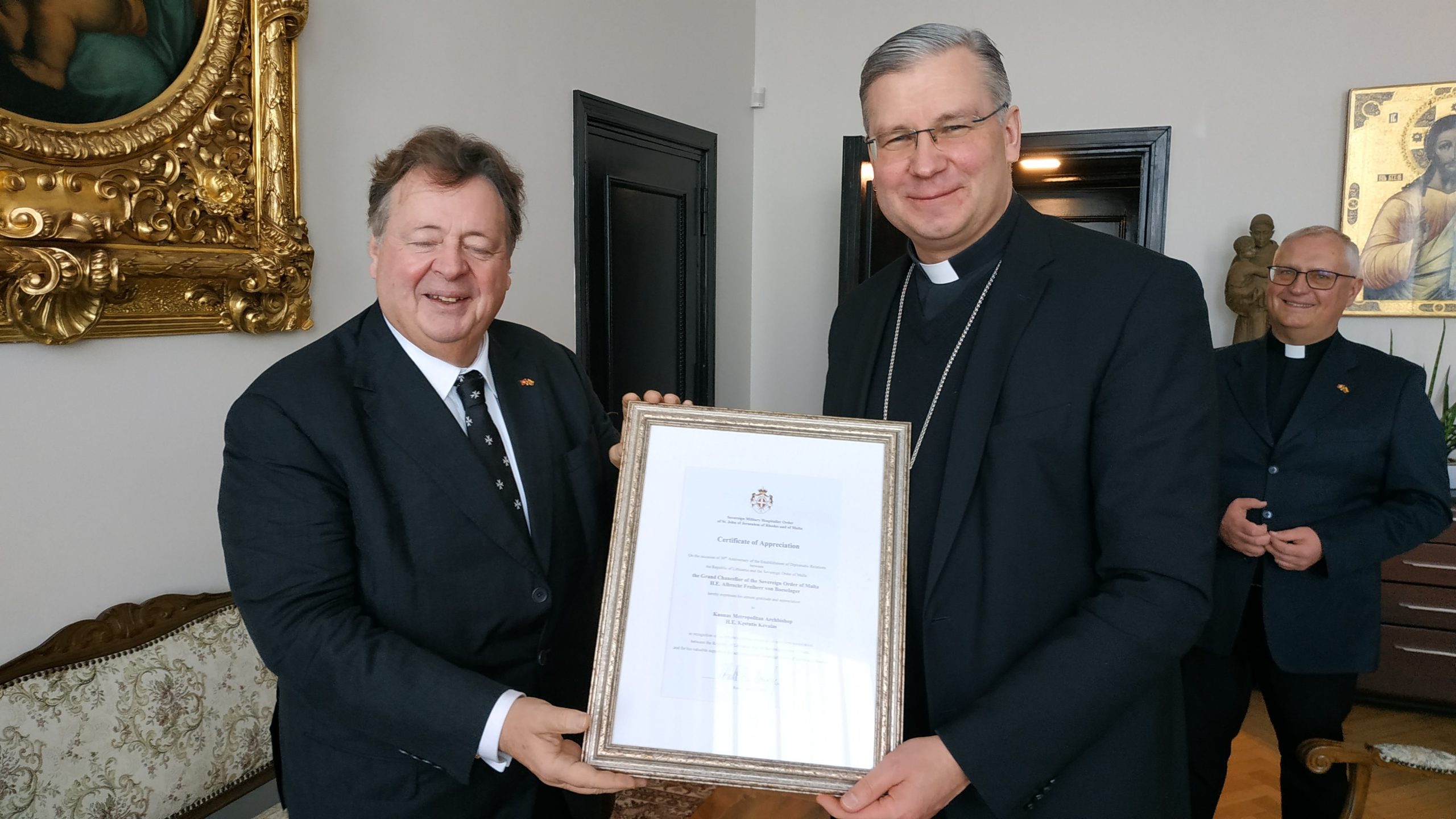