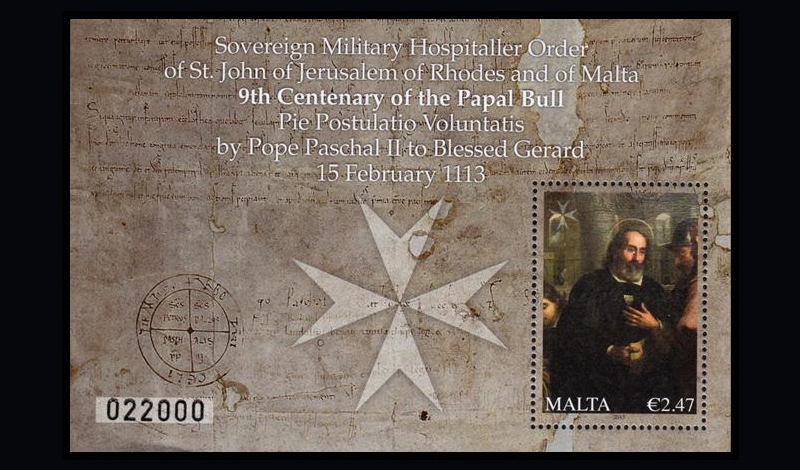 A special stamp commemorates the 900th anniversary of Pope Paschal II’s Bull. It was issued on 15 February last by the Maltese Republic’s postal service to celebrate this significant event in the Order’s history.

The stamp depicts a detail of a portrait by Antoine Favray, French artist and Knight of Malta. Painted in 1757, it is exhibited in the National Museum of Fine Arts in Valletta and depicts Blessed Gerard – founder and superior of the Hospital of St. John of Jerusalem – receiving a deed of donation from Godfrey de Bouillon, first ruler of the Kingdom of Jerusalem.

Miniature sheets have been produced with a face value of €2.47 and are available from all post offices in Malta and Gozo.