The Order of Malta mobilizes around the world to serve the poor and the sick and is especially known for its disaster relief efforts. We would normally think of places like Southeast Asia, Darfur and Haiti. Yet the Order has made a significant impact in the lives of the poor that were devastated by Hurricane Katrina in New Orleans Louisiana.

Since March 2006, the Order of Malta has responded, not only with thousands of rebuilding dollars to those who were hit the hardest, but with “Malta Hours” of service. Over 1000 volunteers from all across the United States have participated in the Order of Malta New Orleans Home Rebuilding Program. Thanks to a successful partnership with Rebuilding Together, Catholic Charities of New Orleans, and the New Orleans Marriott, volunteers have worked 37 one-week work sessions in Treme, Gentilly, and New Orleans East – and 45 families have moved back in their homes as a result of the great work done by our volunteers.

In the beginning huge groups of volunteers worked on homes with major damage, which required extensive and expensive repairs. Teams of 40 to 50 volunteers worked all week, and often times the house would still be far from completion. Since 2008, smaller groups of 15 to 20 volunteers have worked in houses that require less construction and more finishing touches. The hope is that at the end of our workweek the homeowner will be able to move back in.

In April 2011 I found out about these efforts and thought it would be great to serve the poor right in our backyard. During the week of volunteering I worked on two homes where my work ranged from painting, to using a jack hammer removing a concrete porch, to laying hard wood flooring. This experience of working to help those truly in need was incredibly rewarding.

In both cases the homeowners came by daily to thank us and needless to say they were extremely excited to be so close to moving back in to their own homes after such a long time. As a matter of fact, it was truly heartwarming to have locals thank us daily for being there.

By Roman J. Ciecwierz, KMOb
Vice-President, Canadian Association of the Order of Malta

For more information about the program, please visit:
http://www.orderofmalta-federal.org/main.asp?page=1430 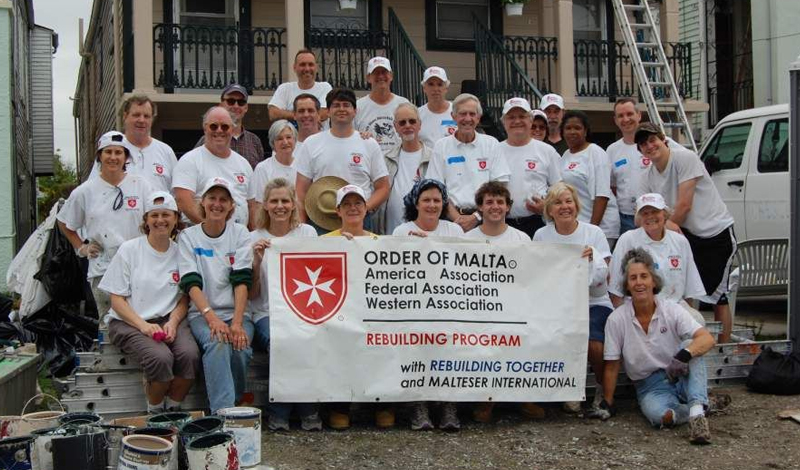 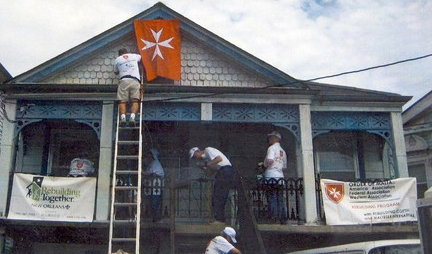