Over 2,400 Order of Malta volunteers for the Extraordinary Jubilee of Mercy 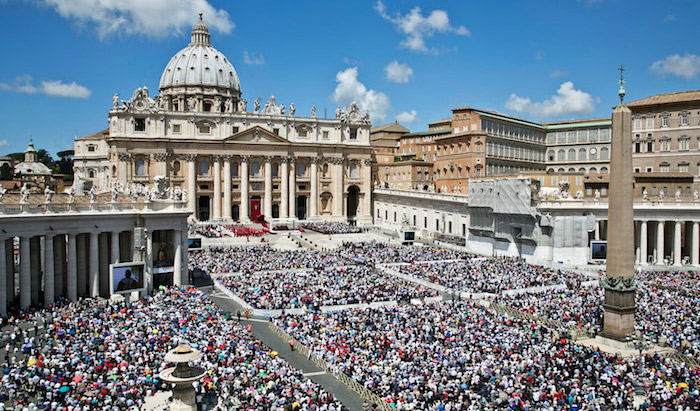 The Order of Malta will be involved in the Extraordinary Jubilee of Mercy proclaimed by Pope Francis and opening on 8 December next. The Order’s members and volunteers will assist pilgrims in St. Peter’s Square and in the four major basilicas (Saint Peter, Saint John Lateran, Saint Paul and Saint Mary Major), just as they did during the Great Jubilee of 2000 and previous ones. Twenty-five million pilgrims are expected to visit Rome during this Jubilee.

The Grand Hospitaller of the Sovereign Order of Malta, Dominique de La Rochefoucauld-Montbel, has sent a letter to all the Order’s entities worldwide with a request for 250 groups of volunteers, meaning that 45 people will provide their services in weekly shifts, from Saturday to Saturday. They will be responsible for managing the influx of pilgrims and for first aid care. As requested by the Holy See, all volunteers must be able to speak English as well as their native tongue.

Over 2,400 men and women of the Order of Malta will be offering their time and commitment over the twelve months of the Jubilee to assist pilgrims, the Order’s traditional mission since the Middle Ages.

The operational centre will be the Order of Malta’s First-Aid Post in St. Peter’s Square, which has been offering first-aid to pilgrims for over 35 years, and in particular during the General Audiences on Wednesday and the religious ceremonies held in front of Saint Peter’s Basilica.