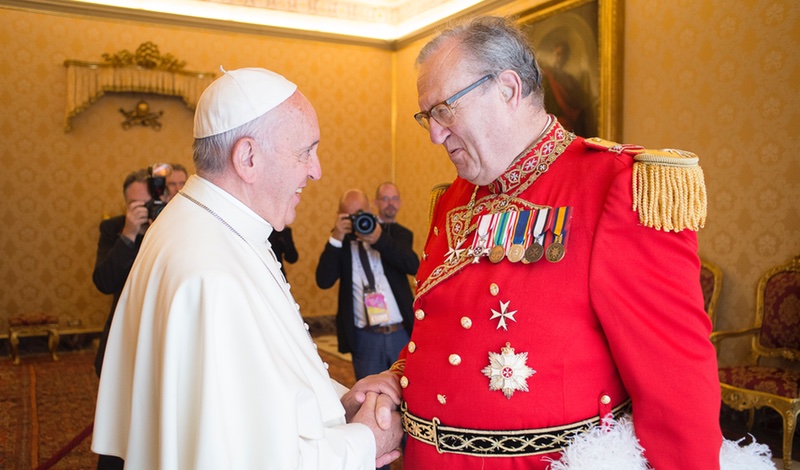 The Grand Master received a medal from the Pontiff who stated, “You do Good.”

Pope Francis received in audience the Grand Master of the Sovereign Order of Malta Fra’ Matthew Festing on June 23, 2016 for the feast day of St. John the Baptist, the Order of Malta’s patron saint, celebrated on 24 June.

The drama of the refugees and 65 million displaced persons was one of the key topics of the meeting. “You do good,” said Pope Francis while awarding the Grand Master a medal depicting Saint Martin giving half of his cloak to the poor, and copies of “Evangelii gaudium”, the “Laudato sii” and “Amoris laetitia”.  In exchange, Fra’ Matthew Festing gave Pope Francis a silver medal depicting the hospital of the Order in Jerusalem in the eleventh century, which symbolises the Order of Malta’s assistance to the sick and the pilgrims during this jubilee year, as well.

The Grand Master illustrated the Order’s most important projects in place in Africa, the Middle East and in Europe to assist those forced to flee from wars, violence and oppressive regimes.

With its network of some 100,000 volunteers, its associations, embassies, volunteer and rescue corps, the Order of Malta has stepped up its work with displaced persons in recent years. It has concentrated its efforts in the countries from which these people are fleeing – or are about to do so – as well as along the main migration routes and in the countries of arrival. A commitment that is spelt out in healthcare, psychological support and integration projects.

Present in 120 countries, the Order of Malta runs humanitarian programmes in countries involved in the most recent conflicts, such as Syria and Iraq where it is currently assisting some 80,000 people. Nor does it forget the silent wars which, out of the media limelight, are claiming victims in many other parts of the world, such as in South Sudan and in the Democratic Republic of the Congo.

The Order of Malta’s humanitarian commitment goes hand in hand with its diplomatic activity. In the recent World Humanitarian Summit of Istanbul (23-24 May) the Order helped to highlight the added value of faith-based organizations in war zones.

At the end of the audience – held every year between the Grand Master and the Pope – the delegation led by Fra’ Matthew Festing was received by the Secretary of State Cardinal Pietro Parolin. 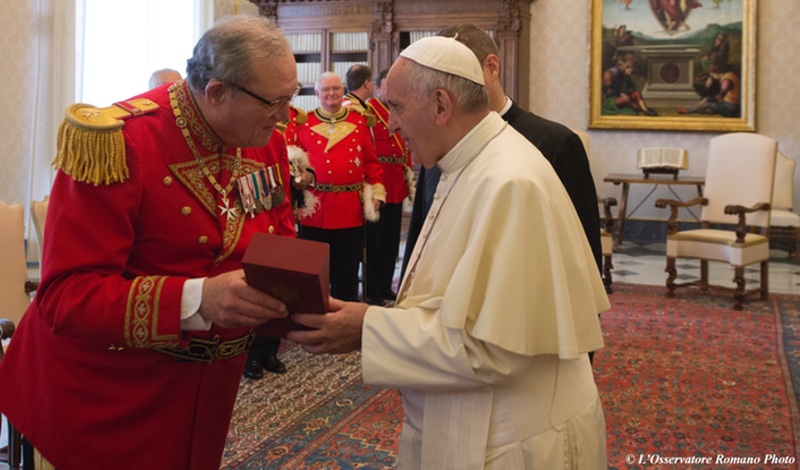 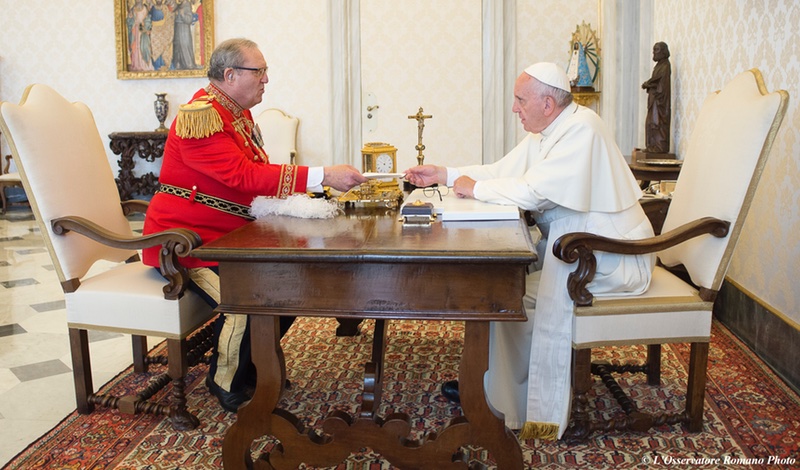 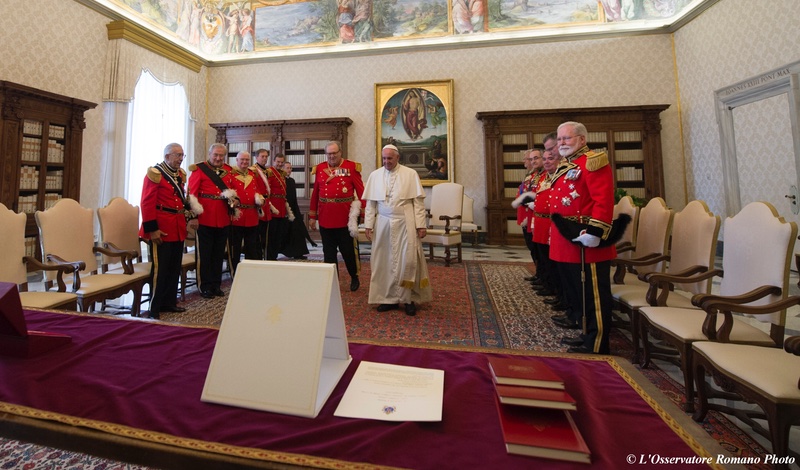