The Grand Master in San Marino Received by the Captains Regent, he met the civil and religious authorities of the ancient republic

To celebrate the 75th anniversary of the establishment of diplomatic relations with the world’s oldest republic,  Fra’ Matthew Festing was received in San Marino by the Most Excellent Captains Regent, Gabriele Gatti and Matteo Fiorini.

The Grand Master was greeted upon arrival in San Marino by the Secretary of State for Foreign and Political Affairs, Antonella Mularoni, before meeting the  Captains Regent in Piazza della Libertà  where he received military honours before entering the Palazzo Pubblico. After being presented to members of the San Marino government, the Grand Master had a long talk with the two heads of state.  The common commitment  to solidarity and humanitarian assistance, the excellent bilateral relations and the collaboration plans, including a joint issue of stamps next year, were the main topics discussed at the meeting. There was also an exchange of views on the international situation and on the common commitment in multilateral bodies.

During the solemn audience in the Sala del Consiglio filled with authorities, the Captains Regent stated that “we are particularly pleased and honoured to have once again on Monte Titano the highest authority of the Sovereign Order of Malta, united as we are by the common ideals of fraternal solidarity and  helping one’s neighbour, that His Most Eminent Highness performs with generosity and abnegation”. The heads of state stressed the long and fruitful ties existing between the Republic of San Marino and the Sovereign Military Order of Malta, with “their shared values, both rooted in Christianity and in the common aspiration to protect human rights”.

In reply, the Grand Master give emphasis to the value of these ancient bonds and the intention to intensify relations and cooperation in pursuing common objectives and in deepening an already firm friendship.  Fra’ Matthew Festing quoted the San Marinese motto of perpetual freedom, the recognition given by UNESCO, the hospitality offered by the republic to over 100,000 refugees during World War II. “Your country not only symbolizes a strong attachment to the values of freedom, but also to those of peace, as the colours of your flag demonstrate. Values that your people have firmly defended over the centuries through neutrality and fraternal solidarity”.

After the official meetings, Fra’ Matthew Festing visited the basilica of the republic’s founder saint.  Accompanied by the Grand Chancellor of the Order Jean-Pierre Mazery and the Ambassador to San Marino Pierre Blanchard, the Grand Master then went to the oratory dedicated to St. John the Baptist, patron of the knights of the Sovereign Order of Malta, before returning to Rome. 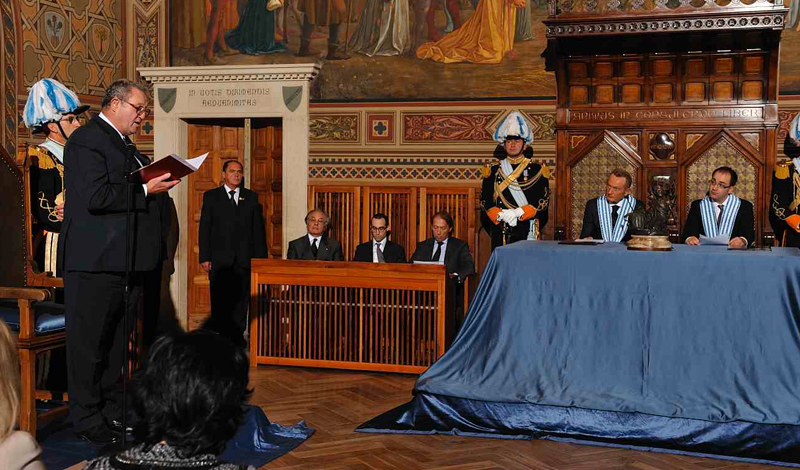 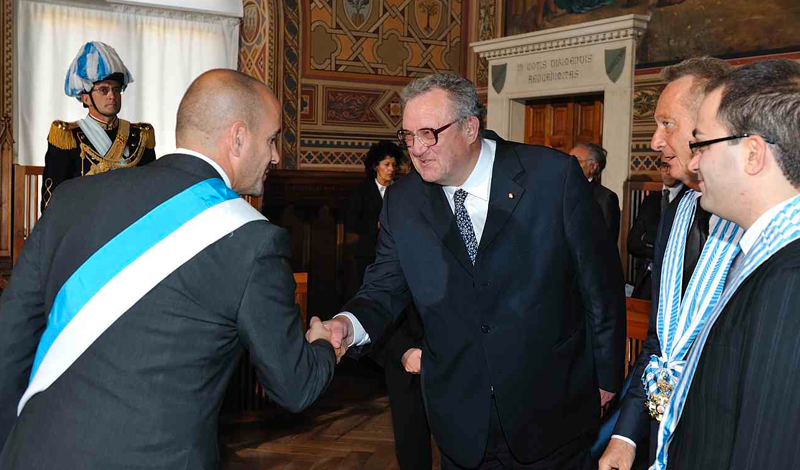 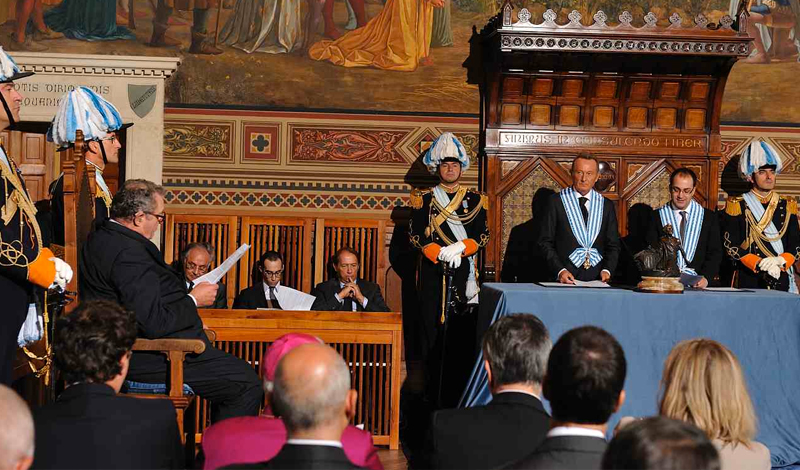 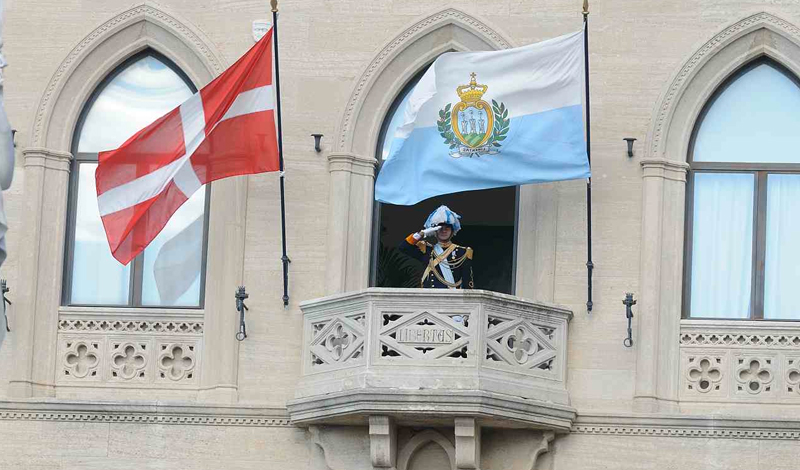