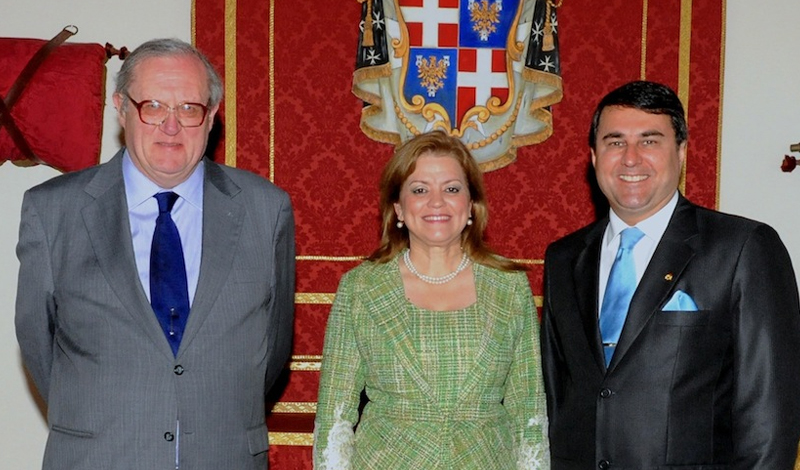 The Gran Master of the Order of Malta Fra’ Matthew Festing received the President of the Republic of Paraguay, Luis Federico Franco Gómez, accompanied by his wife Emilia Alfaro and by the Interior Minister Carmelo Caballero, in the Magistral Palace.

During the talks the Grand Master recalled the bonds of friendship and cooperation existing since 1951 between the Order of Malta and Paraguay, the year in which diplomatic relations were established. For some thirty years, the volunteers of the Servicio de Emergencia Malta en Paraguay have been cooperating with the health and social institutions of the South American country.

The Grand Master offered a luncheon in honour of President Franco Gómez, the First Lady and the Paraguay delegation, also attended by the Order of Malta’s heads of government and some thirty guests.