The Monastery of Saint Ursula in Valletta-Malta 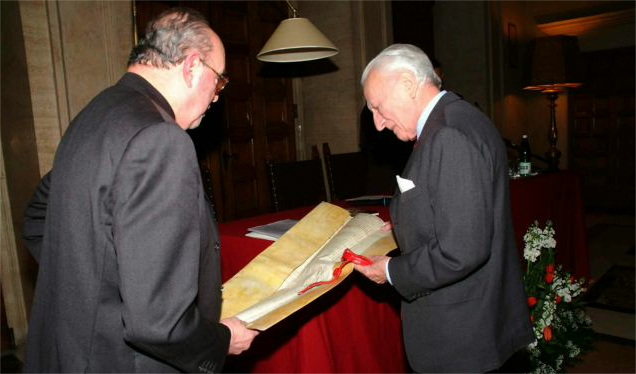 The launch of the Italian edition of the book The Hierosolymite Sisters, the Church and the Monastery of Saint Ursula in Valletta-Malta by Padre Giorgio Aquilina O.F.M., former Rector of the National Archives of the Republic of Malta took place in the presence of Grand Master Fra’ Andrew Bertie and numerous ambassadors accredited to the Order.

Under the patronage of the Order of Malta’s ambassador to the Republic of Malta, Silvano Pedrollo, the meeting comes within the framework of support for one of the oldest monasteries on the island and for the sisters of the Order of Malta, founded eight hundred years ago. In his address, the Archbishop of Malta Mons. Joseph Mercieca stressed the importance of the presence of the Hospitaller Order for the island of Malta from a social, cultural and economic viewpoint. A presence which had raised Malta to the same level as the leading European states of the time.

Citing the example of the Great Infirmary, the prelate recalled the professed knights’ zeal and dedication in caring for the sick and their readiness to perform even the humblest of tasks. A commitment that had made the hospital internationally famous. The archbishop then pointed out that the monastery of Saint Ursula was undoubtedly one of the finest gifts that the Order could have given to the island and to the archdiocese. A spiritual oasis, where the humility of the nuns and their austere way of life is highly regarded by the entire archdiocese and Maltese civil society.

The Archimandrite Fra’ Giovanni Scarabelli and Professor Guglielmo de’ Giovanni Centelles gave talks on the spirituality and cultural and historic context of the Sisters of St. John.