The Order of Malta and Italy sign health agreement 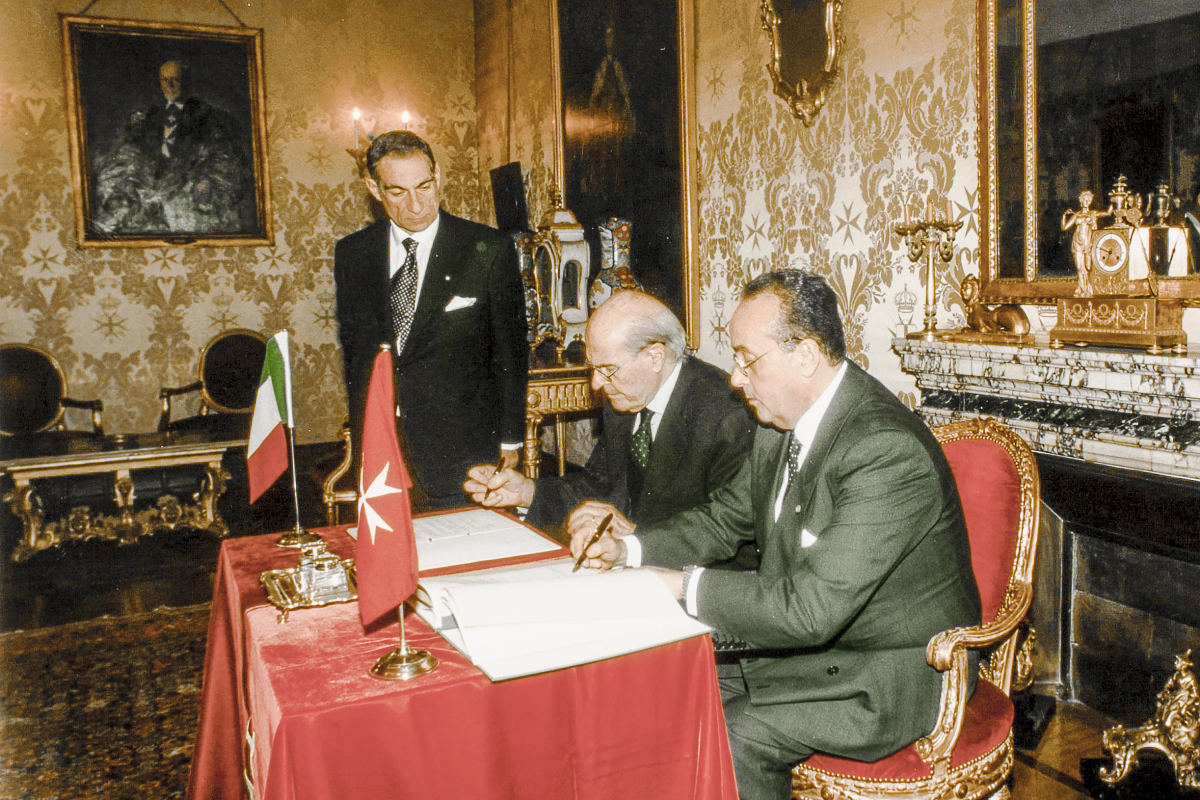 On 21 December, the Sovereign Military Order of Malta and the Italian Republic signed an international agreement on relations between the Italian National Health Service and the Order’s health structures, managed in Italy by the Order’s Italian Association, a public-law body, the hospital of St. John the Baptist in Rome, Magliana, and the numerous anti-diabetic centres and general surgeries operating in various Italian cities.

The agreement was signed in the extraterritorial seat of the Order in the Magistral Palace in Rome by the Minister of Health, Prof. Umberto Veronesi, for the Italian Republic and the Grand Chancellor, Amb. Conte Don Carlo Marullo di Condojanni, for the Order of Malta. The Italian party also included the Secretary General of the Foreign Ministry, Amb. Umberto Vattani, the Director General for Europe, Amb Maurizio Moreno, and the Ambassador of Italy to the Order, Count Raniero Avogadro. The Order’s party included the Grand Commander, Fra’ Ludwig Hoffmann von Rumerstein, the Order’s Ambassador in Italy, Giulio di Lorenzo Badia, and the President of the Italian Association of the Order of Malta, Prince Carlo Massimo.

Besides the specified health services, the agreement authorises the Order to make arrangements with universities for providing courses for health workers and refresher courses for nurses, technicians and rehabilitation specialists, as well as participating in studies, research and scientific and teaching activities in medical and social fields. It will also contribute, through arrangements with the relevant bodies, to achieve objectives in welfare and research fields under State and regional programming in Italy.

The agreement will come into force once the respective internal procedures for the ratification of international agreements have been implemented.