The Order of Malta’s volunteers greet Pope Francis on Lampedusa 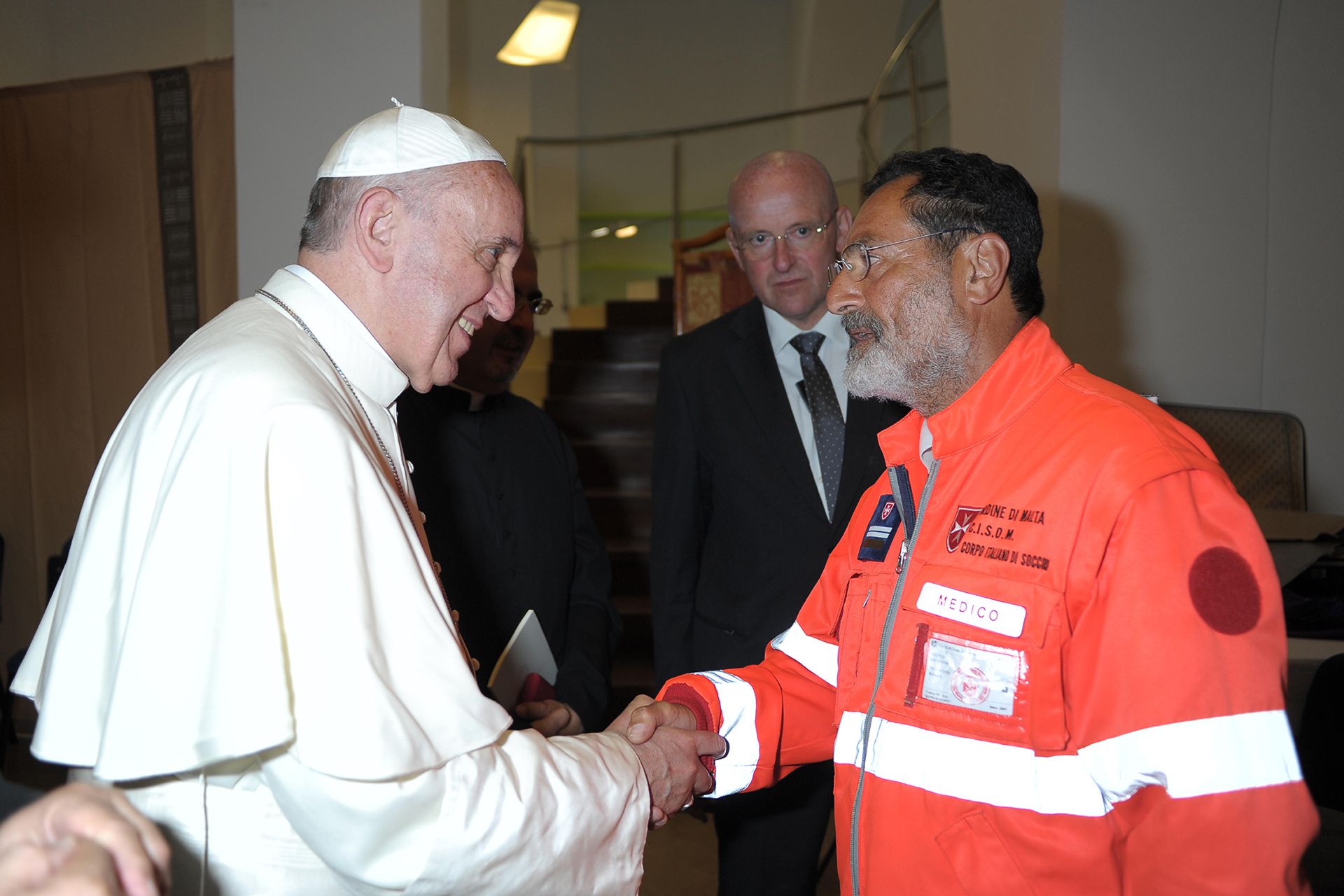 In his historic visit to the island of Lampedusa, symbol of immigrant plight and borderland between Europe  and Africa, Pope Francis was greeted by the volunteers of the Order of Malta’s Italian Relief Corps  (CISOM).

“We’re very happy,” said Mauro Casinghini, CISOM National Director, “that Pope Francis has chosen Lampedusa for his first apostolic trip. The Order of Malta’s volunteers were here to greet him on this island where suffering and hope go hand in hand”.

Since 2008, the volunteer doctors, nurses and ambulance technicians of the Order of Malta’s Italian Relief Corps have been offering their services on board of the vessels of the Italian Coastguards and Financial Police during the periods of major influx of migrants. The volunteers already give first-aid on the boats to those who have braved the sea in often desperate conditions.  The Order of Malta thus plays a vital role in tackling the emergencies caused by the continual arrivals of migrants from North Africa who pass through the Strait of Sicily in search of a better life in Europe.

This challenging work has saved the lives of numerous women and men, many very young, who arrive both physically and morally exhausted by the crossing.  Since 1988, the sea has claimed 19,000 victims whereas over 200,000 migrants have arrived on the island which Pope Francis has visited,  bringing to the attention of the world the drama of these people.