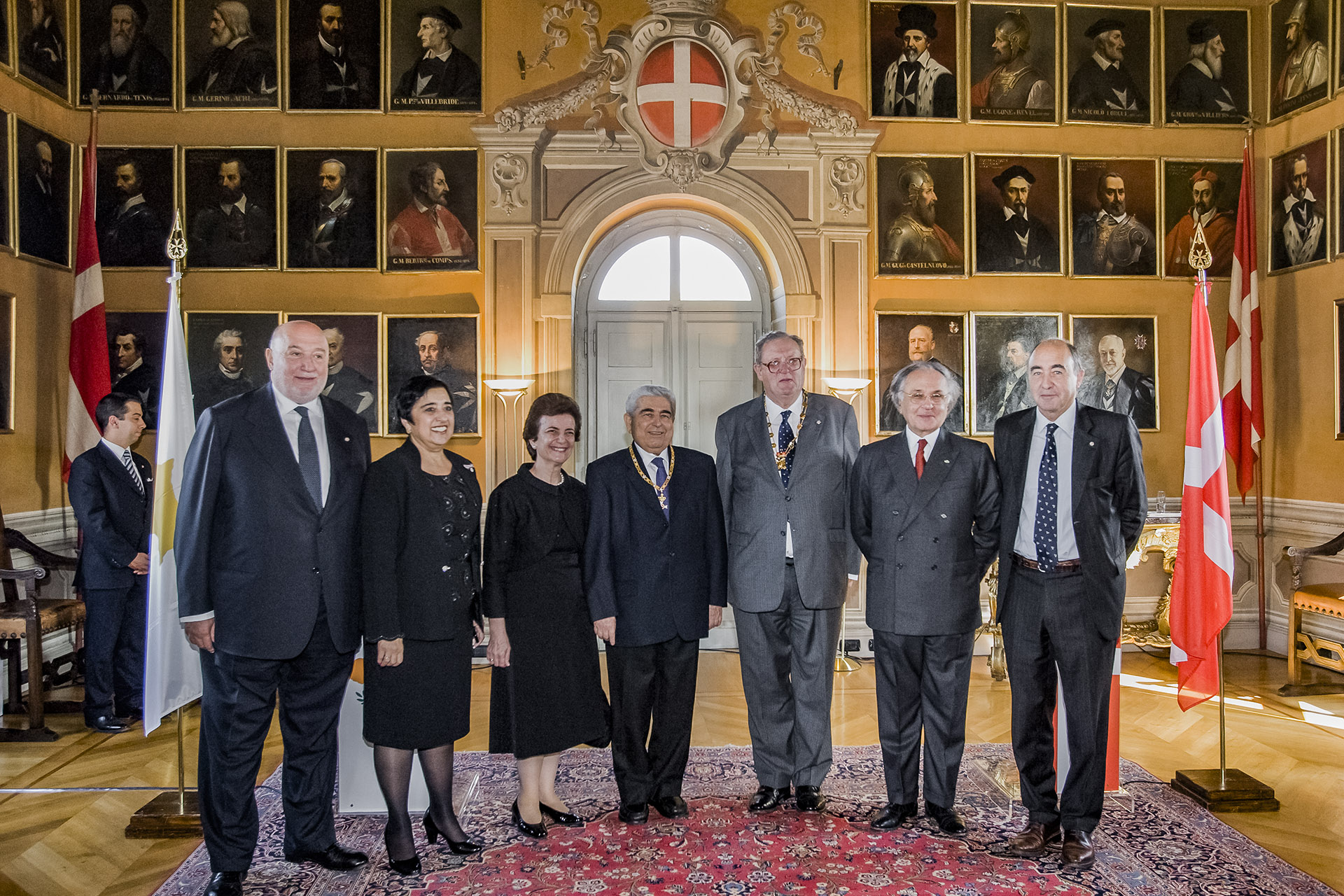 “Today we have unified history, our common history,” declared the President of the Republic of Cyprus, Demetris Christofias, speaking at the Magistral Villa of the Order of Malta in Rome. The President was received Friday by the Grand Master, Fra’ Matthew Festing, on the occasion of his State visit to the Sovereign Order, the first by a Head of State of Cyprus. President Christofias said that “the historic bonds between the Sovereign Order of Malta and Cyprus date back to the 13th century, yet official diplomatic relations were only established earlier this year. He noted that the timing for the establishment of official diplomatic relations between the two states could not have been better”.

“The political instability in the Middle East and Northern Africa, and its consequences, require our attention,” he said. “This multifaceted challenge, termed the Arab Spring, has led to waves of refugees, a strain on the resources of recipient countries, malnutrition – especially of society’s most vulnerable groups – acts of violence, destruction of religious and cultural monuments and heritage, and instability in neighbouring countries.” The President stated that the Sovereign Order of Malta, with its wide diplomatic network, and the Republic of Cyprus – strategically located at the crossroads between Europe, the Middle East and North Africa – using its many resources and extensive political relations and contacts in this troubled region – can complement each other.

In turning to the future of the bilateral relations, he said: “The further development of our relationships will lead to better results in terms of the protection of cultural and religious heritage, the maintenance of the multi-cultural and multi-religious character of the region and the promotion of peace and stability.”

In his reply, the Grand Master praised the priorities defined by the Republic of Cyprus in its current Presidency of the Council of the European Union, and especially “the priority concerning the strengthening of relations of the EU with the countries of the Mediterranean.” He noted that the Sovereign Order of Malta is already cooperating with the Republic in the organisation of the conference dealing with the Protection and Conservation of Cultural Heritage in the Mediterranean. It will be hosted in Cyprus in late November this year.

The President of the Republic was accompanied by Mrs Elsi Christofia, the Minister of Foreign Affairs Erato Kozakou-Marcoullis, the Ambassador of Cyprus to the Sovereign Order of Malta George Poullides, together with other officials.

A luncheon was offered in honour of the President of the Republic of Cyprus in the gardens of the Magistral Villa. It was attended by officials of the Republic of Italy and the Holy See, together with Ambassadors of European countries accredited to the Order, and the Order of Malta’s heads of government. 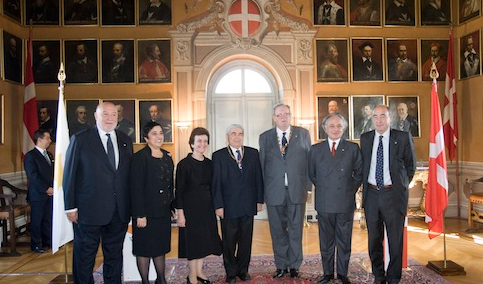 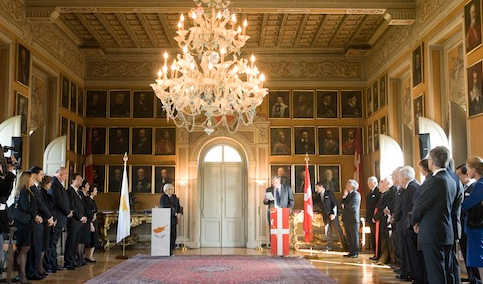 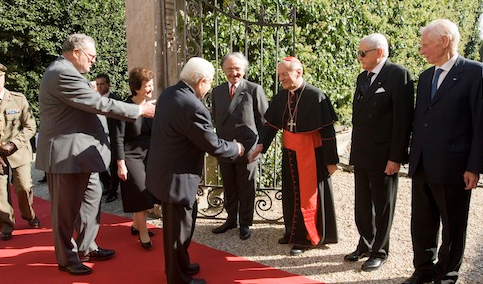 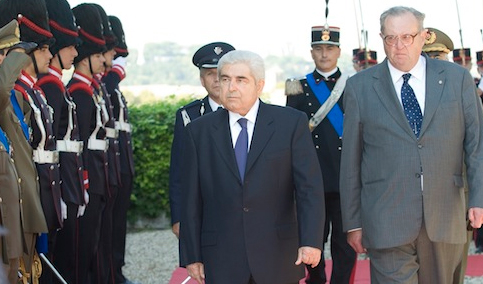 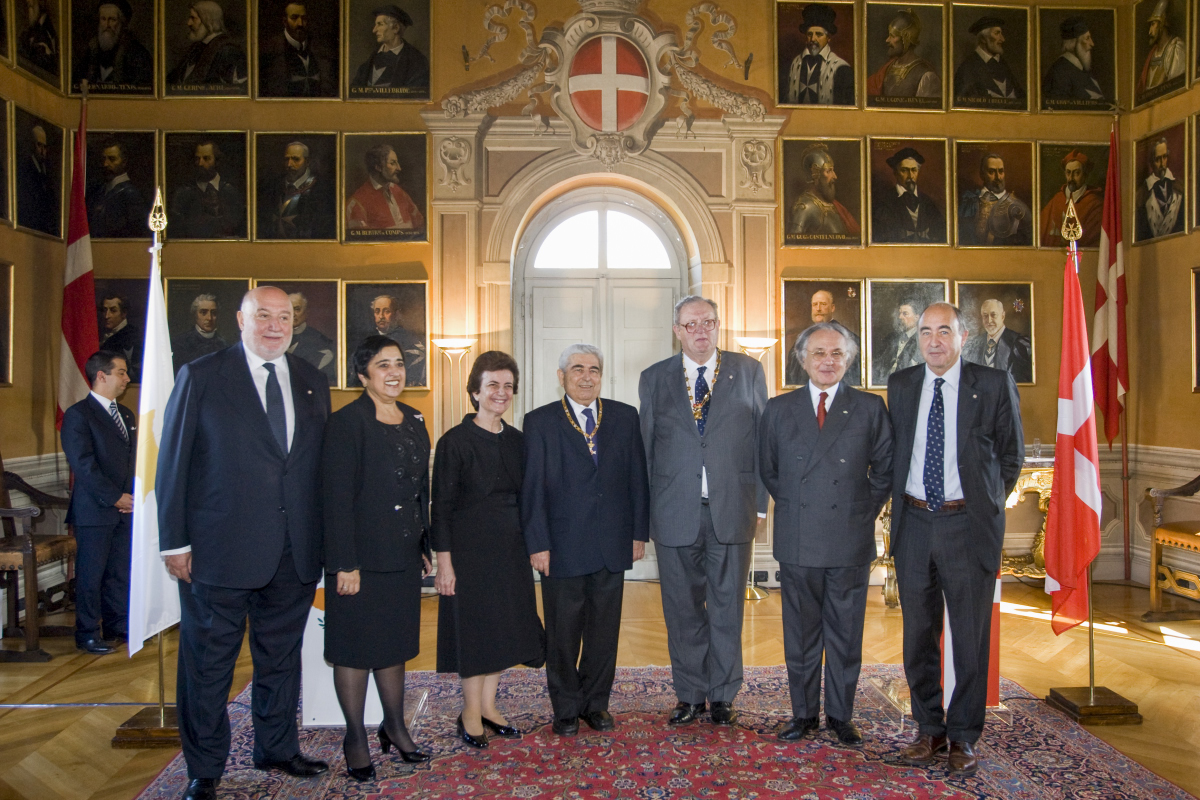