Thirty years of friendship and cooperation 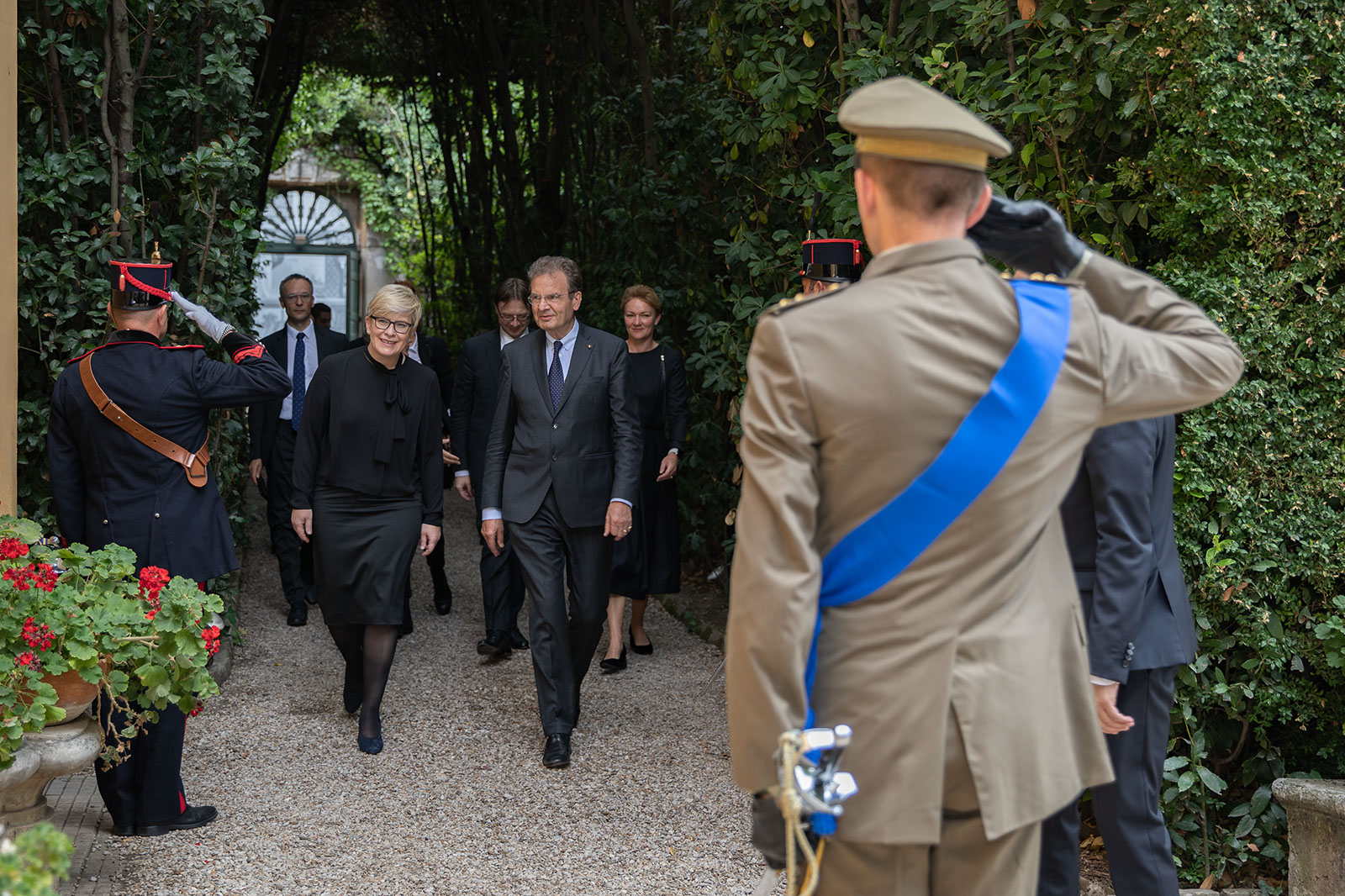 A long and cordial meeting to reaffirm the strong ties and the 30-year long friendship between Lithuania and the Order of Malta. Prime Minister Ingrida Šimonytė was received by Albrecht Boeselager, Grand Chancellor of the Order of Malta on 3 September in the Magistral Villa in Rome. The talks focused on the excellent bilateral relations, the important work carried out by the Order’s ‘Maltiečiai’ volunteers in the Baltic country and the international situation.

‘I would like to express my gratitude for what you are doing for my country. Many social problems cannot be solved by the State, which is why your 30-year commitment to building a more equal and citizen-friendly civil society is indispensable and much appreciated,’ the Prime Minister said. ‘The Order of Malta’s Cross has become a universally recognised sign in my country,’ Ingrida Šimonytė continued, ‘in Lithuania, the ‘Maltiečiai’ contribute to the reduction of social exclusion and, even during the coronavirus pandemic, they gave assistance to the most affected people.

The Grand Chancellor expressed the Order of Malta’s government’s satisfaction for the ‘constant and precious support provided by the Lithuanian authorities to our activities over these thirty years’ and reiterated ‘the willingness to strengthen cooperation, including in the field of civil protection’.

Thirty years have passed since January 1991, when Soviet tanks entered the capital Vilnius to oppose the declaration of the Baltic country, the first of 15 Soviet republics to choose the path of independence. In the same year, the Order of Malta’s volunteer corps, the Maltos Ordino Pagalbos Tarnyba, was created. Diplomatic relations were established in 1992. In the months and years that followed, the Order’s volunteers made great efforts, constantly supported by the Order’s Embassy in Lithuania. Today the Order of Malta is one of the country’s most appreciated social organisations, with a vast programme of assistance for the most vulnerable sections of the population, carried out by its volunteers in 40 cities.

During the meeting the issue of illegal immigration across the Lithuanian-Belarusian border was discussed as well as the Order of Malta’s activities in this field in many countries. 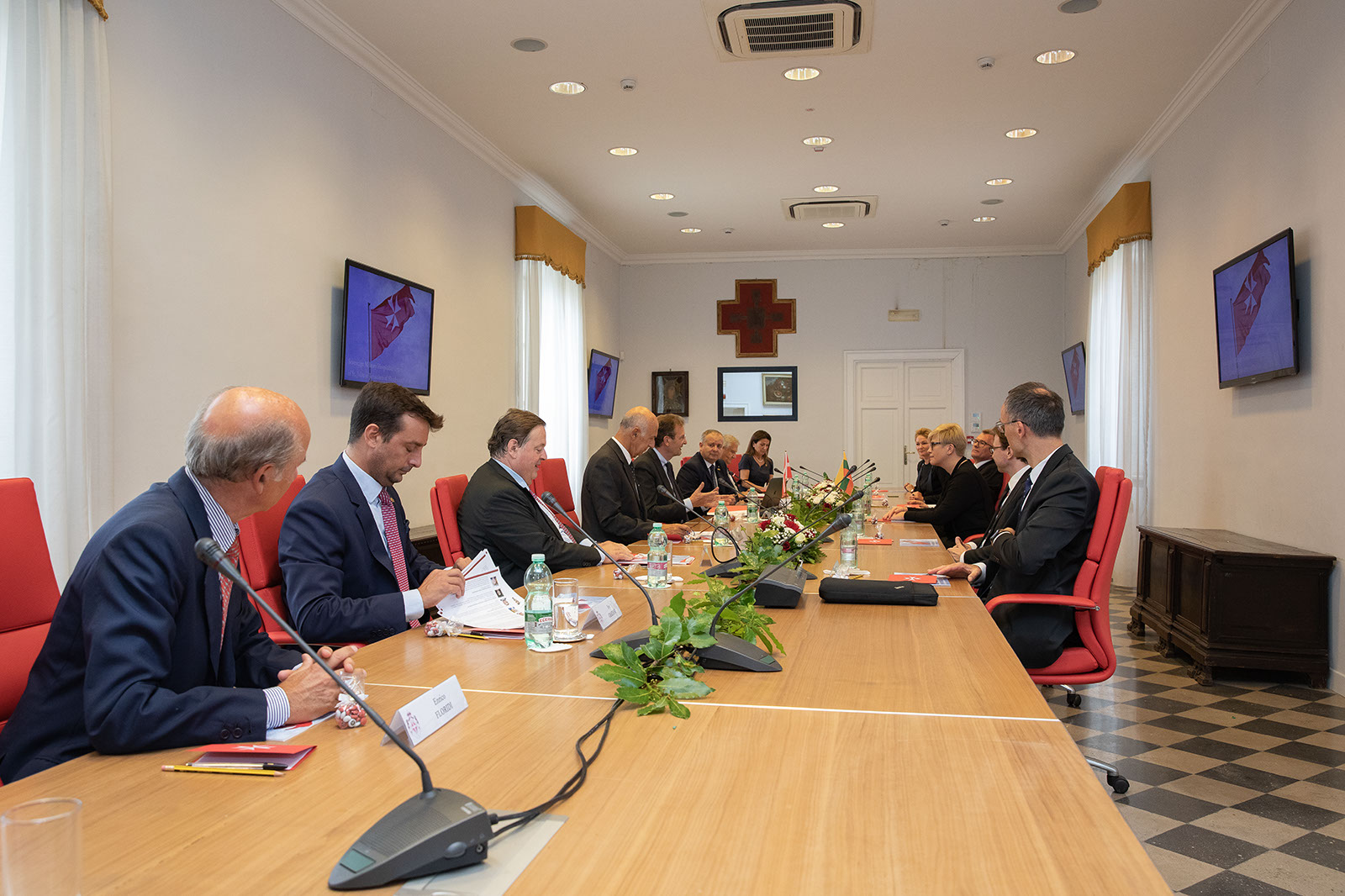 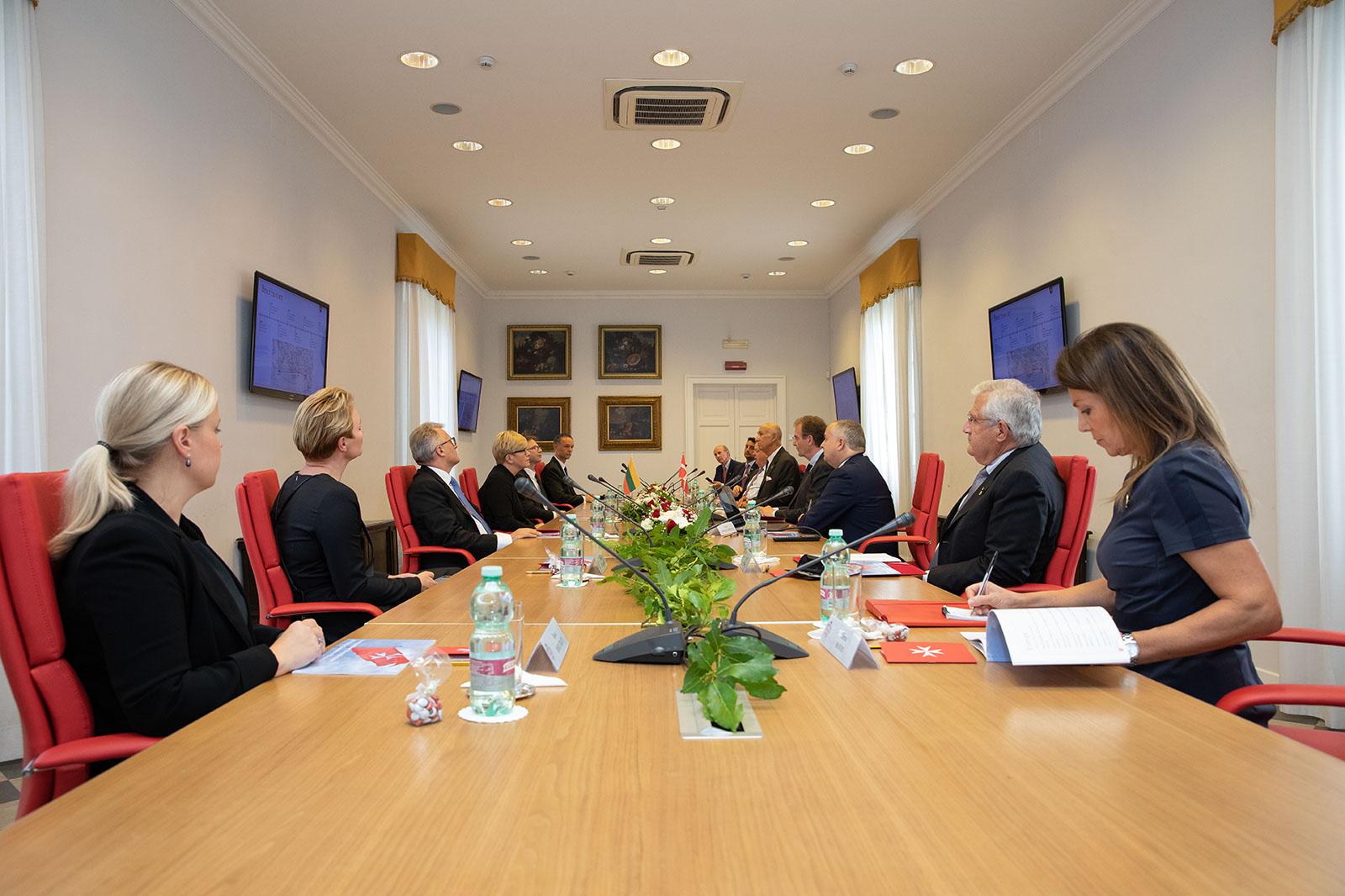 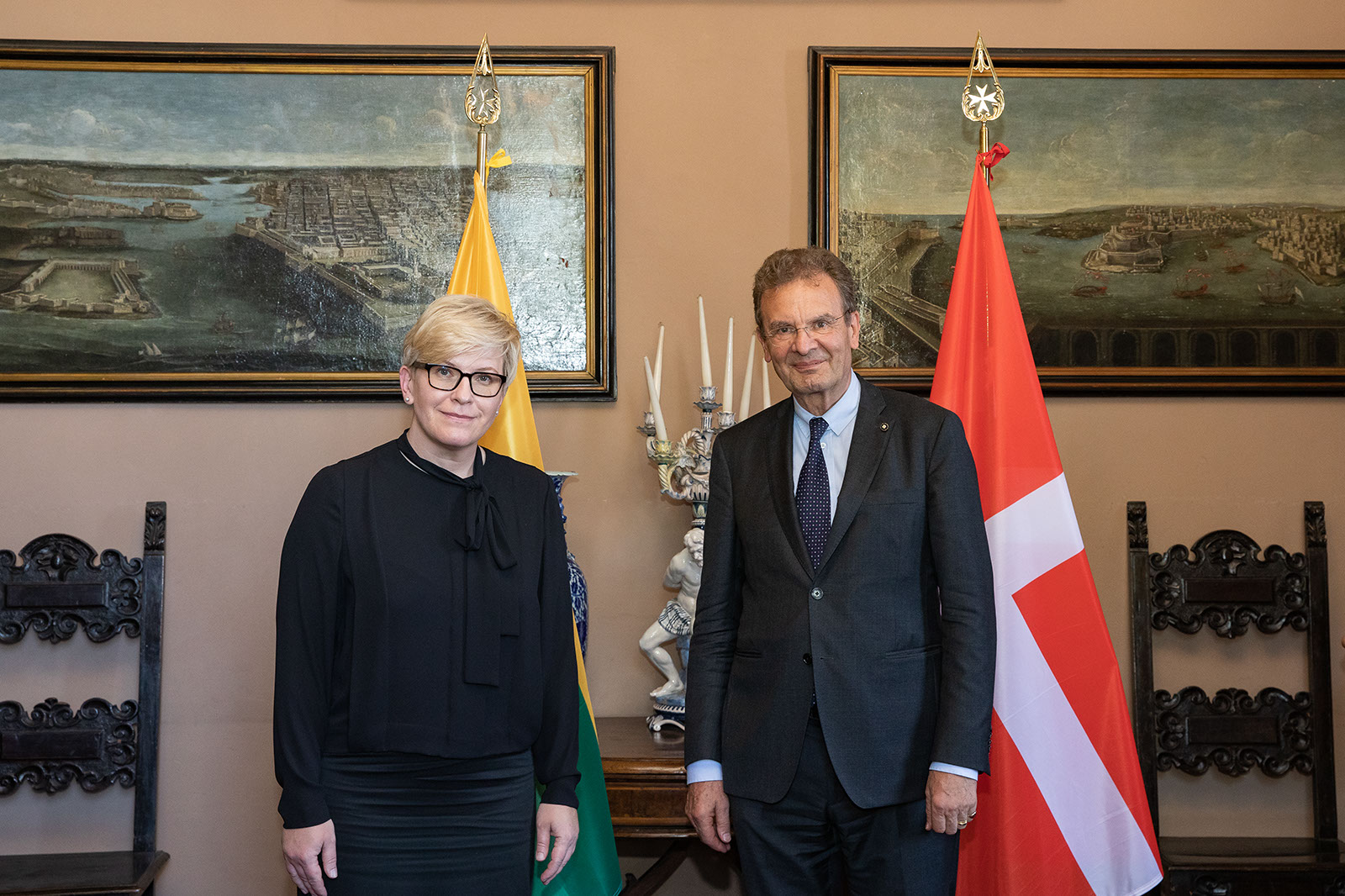