Typhoon Haiyan: three tons of medicines to be distributed by Order of Malta International Relief Agency 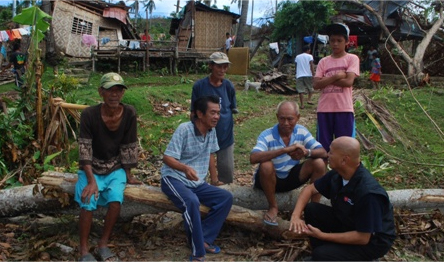 The Order of Malta’s worldwide relief agency, Malteser International, is organising the distribution of three tons of medicines in the wake of Typhoon Haiyan in the Philippines. In Leyte province most hospitals are closed, leaving the population in urgent need of medical attention and drugs. “There is an urgent need for antibiotics, basic cold and cough medication, doxycycline for leptospirosis, and diarrhea medicines,” says Odelia Gregorio Arroyo, Ambassador of the Sovereign Order of Malta in the Philippines. Malteser International has allocated 100,000 euros for the initial emergency relief measures.

“As communications improve, the reports are getting worse,” adds the Ambassador. “We have not yet received any news from the numerous coastal towns and villages affected by the storm surge. We are only getting a picture of the major cities.”

On the neighbouring island of Samar, Malteser International is providing 1,000 families with food and hygiene kits. Since the San Juanico Bridge has reopened, the islands can now be reached by land.

“The current situation on Leyte is comparable with the conditions in Sri Lanka and India after the 2004 tsunami,” Gregorio Arroyo reports.