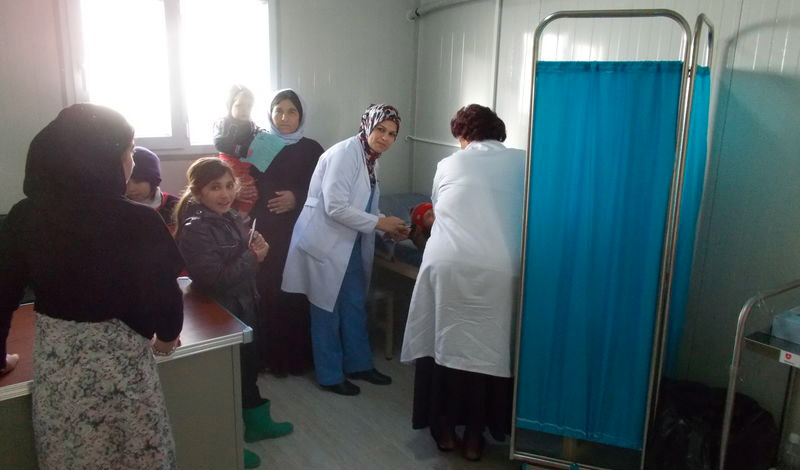 In the north of Iraq, care for those who have been displaced by the advance of the so-called ‘Islamic State’ terror organization is slowly improving. “International aid is gradually getting a better grip on things,” says Oliver Hochedez, Malteser International’s emergency relief coordinator, with regard to the situation in the Dohuk area of the Kurdistan autonomous region. “Most of the refugees are now housed in organized tent cities. Across the country, however, there are more people being displaced every day – particularly from the areas which are being heavily fought over.”

In “Kadia”, the most recently built refugee camp – which is capable of taking in 25,000 people – Malteser International will be opening a further medical center. Alongside the clinic at camp “Bersevi II”, it will be the second medical center in northern Kurdistan where Malteser International will provide doctors, nurses and carers, as well as medical supplies, to secure the population’s access to healthcare. “Faced with the trauma and sickness which these people have experienced every child and adult our medical team is able to help brings a real sense of achievement,” Hochedez says.

According to him, most of those who have fled who have no idea what the future holds for them. “Many people want to leave the country, many others want to go back home. They don’t know what has become of their houses and possessions after they were forced to flee.”

Since the summer of 2014, Malteser International has been working to provide medical care for the displaced persons in northern Iraq. Around 23,000 patients received medical assistance from us in the last year alone.