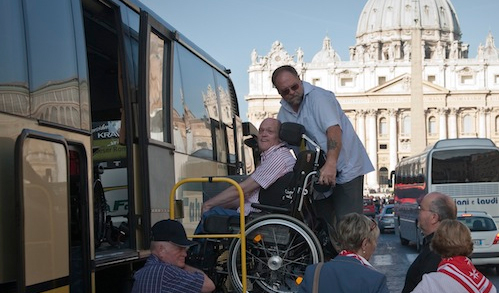 Over a thousand people, 300 of them with disabilities, have journeyed to Rome from across Germany as part of a pilgrimage organised by the Order of Malta. The participants came from all backgrounds and ages: with a guest of 96, and also a one-year-old; there was even a grandmother (88), mother (52) and daughter (17) of the same family present. The disabled guests were taken care of by teams of volunteers and medics of Malteser Hilfsdienst, and the pilgrimage has run very smoothly; after all, it is the tenth of its kind since 1981.

One of the highlights of the trip was a Papal address in St Peter’s Square, when Pope Benedict XVI took a moment to praise the volunteers, saying “thank you for the important work you are doing, especially for people with disabilities.” The pilgrims have partaken in many different activities, including an afternoon celebration of mass with Cardinal Paul Josef Cordes in St. Peter’s Basilica and an excursion to the beach.

Another of the week’s more memorable moments was an afternoon for the entire pilgrimage in the gardens of the Order of Malta’s Magistral Villa. There many of them met the Grand Master Fra’ Matthew Festing who welcomed them and went around greeting and talking to the guests after they had enjoyed a hearty lunch in the sun.

Co-ordinating such a large number of people in 29 coaches is no easy task, but an enthusiastic motorbike escort organised by the Italian police has made travelling through Rome much easier, and generated much excitement from the younger pilgrims. 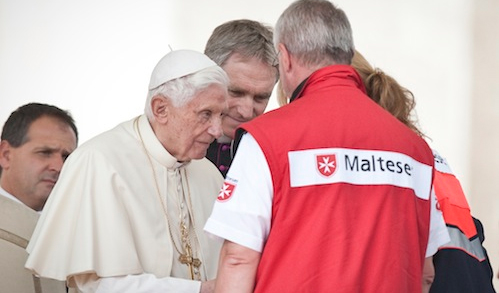 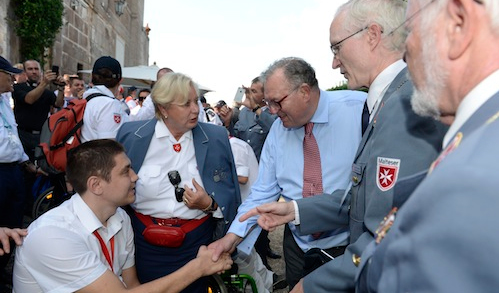 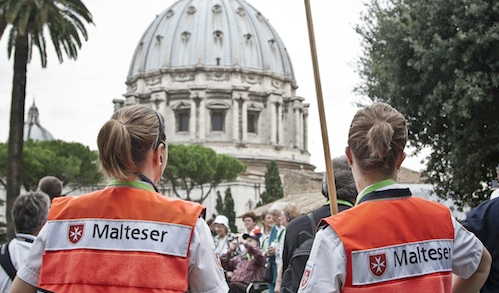 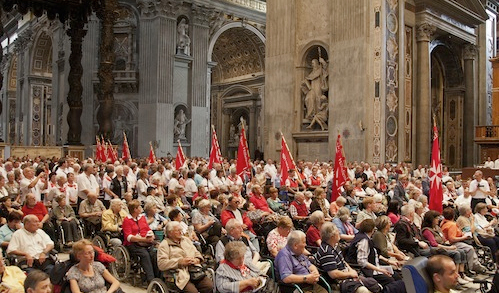 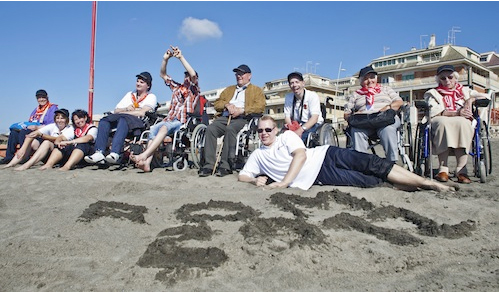