Address of His Excellency Antoine Zanga 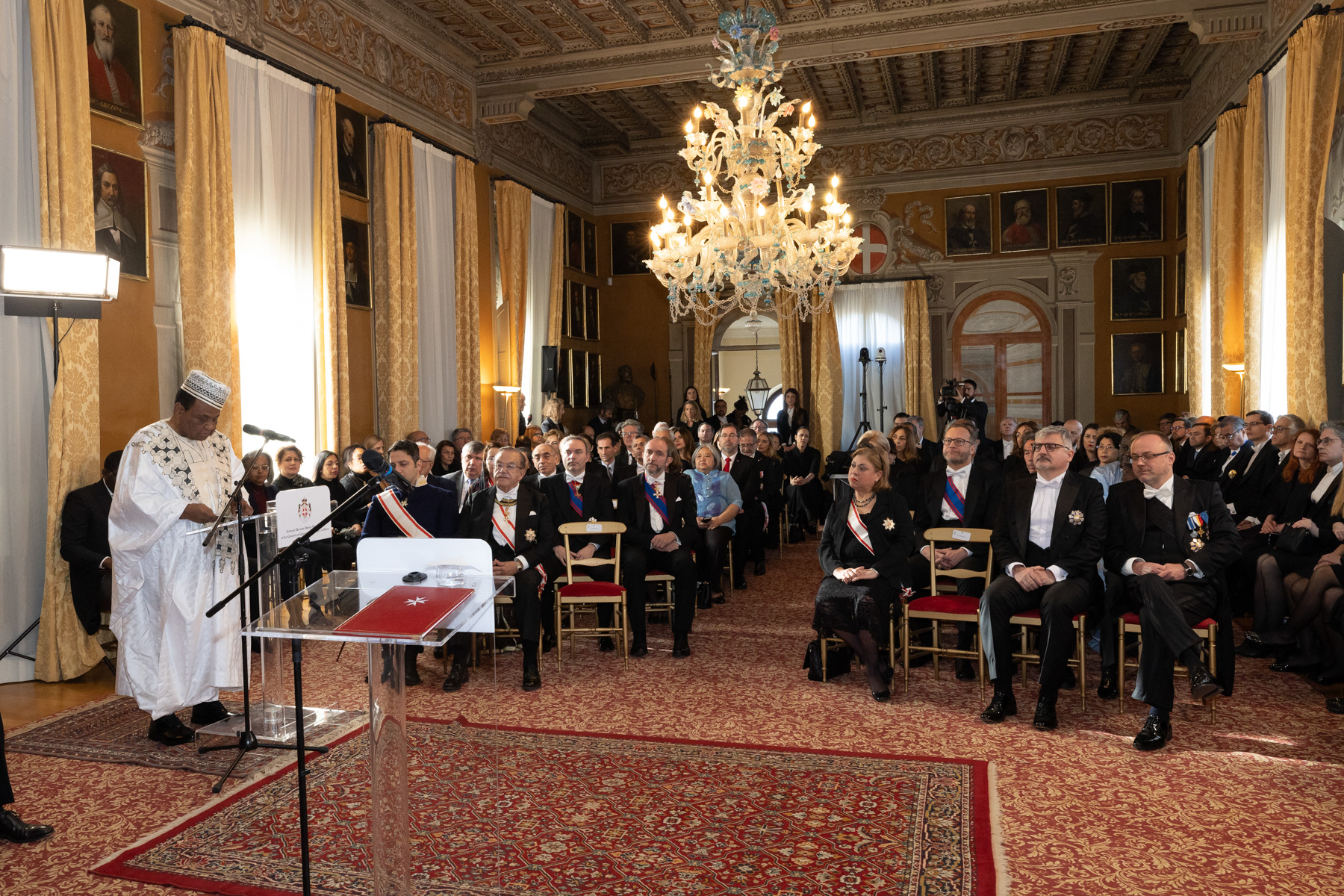 Dean of the Diplomatic Corps accredited to the Sovereign Military Hospitaller Order of St. John of Jerusalem of Rhodes and of Malta

At the beginning of the year 2023, in this historic and solemn space so aptly named Magistral Villa, I willingly accept the privilege of speaking on behalf of the entire Diplomatic Corps accredited to the Sovereign Military Hospitaller Order of St. John of Jerusalem of Rhodes and of Malta, to express our best wishes for peace, health and serenity to you, Your Excellency, to all the members of the Order, the staff, the volunteers and all those who contribute to the support of your venerable mission.

The year 2022 which has just ended has been marked with particularly significant events for the Order’s institutional life. Indeed, at the end of a long process, the Holy Father promulgated the new Constitutional Charter and Code that herald great prospects for the future of your millenary organization, both as a religious institute and a sovereign entity. This is an opportunity to congratulate the members of the provisional Sovereign Council appointed following this promulgation.

As in previous years, numerous challenges have led to the Order’s mobilization worldwide. Your teams have been deployed in the various areas of human suffering to bring relief to people in distress. With commitment, self-sacrifice, passion and courage you have supported the displaced, provided healthcare to the sick, aid to the poor and comfort to the homeless. You have responded to the needs of victims of natural disasters and supported the disabled and the elderly at home.

The conflict in Ukraine is a particular example of this deployment. In the aftermath of 24 February, the Order’s network brought immediate relief to the thousands of displaced persons and refugees, both within Ukraine and in neighbouring countries, with some 4,500 tonnes of relief supplies, 480,000 hot meals distributed, 1,175 first-aiders and generators provided, to list just a few interventions. Nor have other theatres of conflict or natural disasters been neglected. We therefore unreservedly commend the Order’s immense humanitarian work and its diplomatic commitment to peace wherever it has been violated.

Emotion, which dominates minds in times of war, must not prevail over reason and the world must now more than ever confront its contradictions and overcome its divisions. Thanks to its bilateral and multilateral ties, the Order brings its expertise in the field to the diplomatic table with a conciliatory approach. You are also uniting diplomacy and aid with special regional diplomatic representatives, such as those for East Africa and the Gulf countries, as well as those for specific issues such as migration and human trafficking on a global scale, the new forms of exclusion and the Roma population, among others.

In carrying out your noble missions, rest assured that the members of the Diplomatic Corps will always be beside you, ready to support your activities with our respective governments. A Diplomatic Corps that has also been enriched during the year with the ambassadors of Serbia, Côte d’Ivoire, Senegal, Philippines, Italy, Egypt, Dominican Republic, Peru, Poland, Chile, Thailand, Ukraine, Portugal, Austria, Ecuador and Northern Macedonia presenting their credentials. To all these members, we extend a warm welcome to our diplomatic family.

Sadly, the dark veil of death has again this year covered the stars with the return to his Father’s house of the Pope Emeritus. His Holiness Benedict XVI is one of the most outstanding theological figures of our time, as agreed by the various testimonies. In 2009, his first apostolic visit was to Cameroon and Angola, where the Africans discovered a Servant of God’s servants, gentle, smiling, discreet and humble, despite the immensity of his knowledge and his humane, moral and spiritual depth. We also acknowledge the passing of distinguished servants of the Order, such as Lieutenant of the Grand Master Fra’ Marco Luzzago, the Grand Prior of Rome and former member of the Sovereign Council, Fra’ John Edward Critien, and the former Grand Commander, the venerable Bailiff Fra’ Carlo d’Ippolito di Sant’Ippolito. Other members or former members of the Diplomatic Corps have also left us, such as the former Ambassador of South Africa, George Johannes and the Ambassador of Côte d’Ivoire, Louis Léon Bogui Boni. We join our prayers for the eternal rest of their souls.

Our greatest wish is that the year 2023 will be brighter. Allow me once again, on behalf of the entire diplomatic family gathered here and on my own behalf, to express the sincerest wishes of happiness, health, prosperity and full success in the conduct of your noble and exalting mission in the service of the Order.

Thank you, Your Excellency, for your courteous attention. 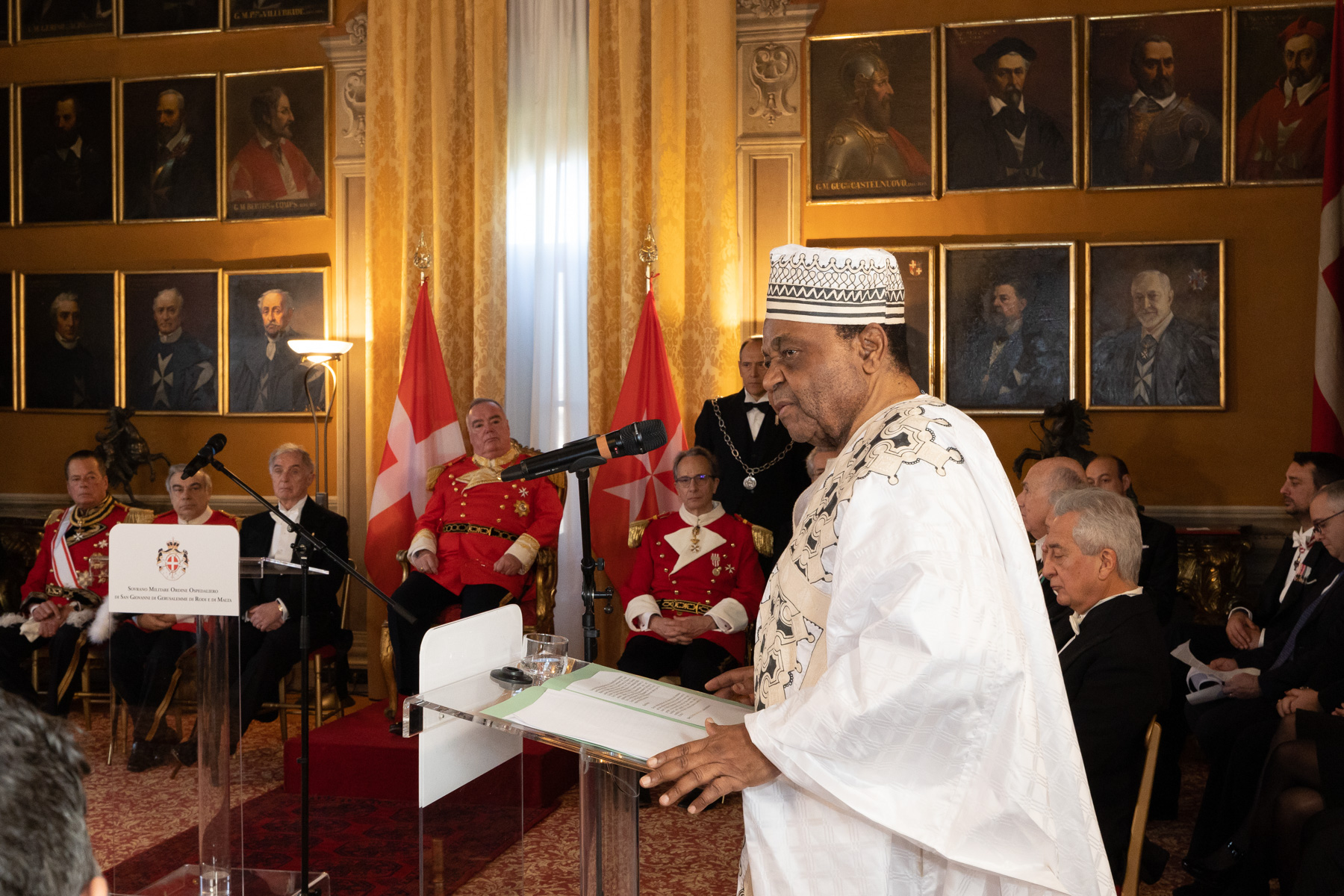 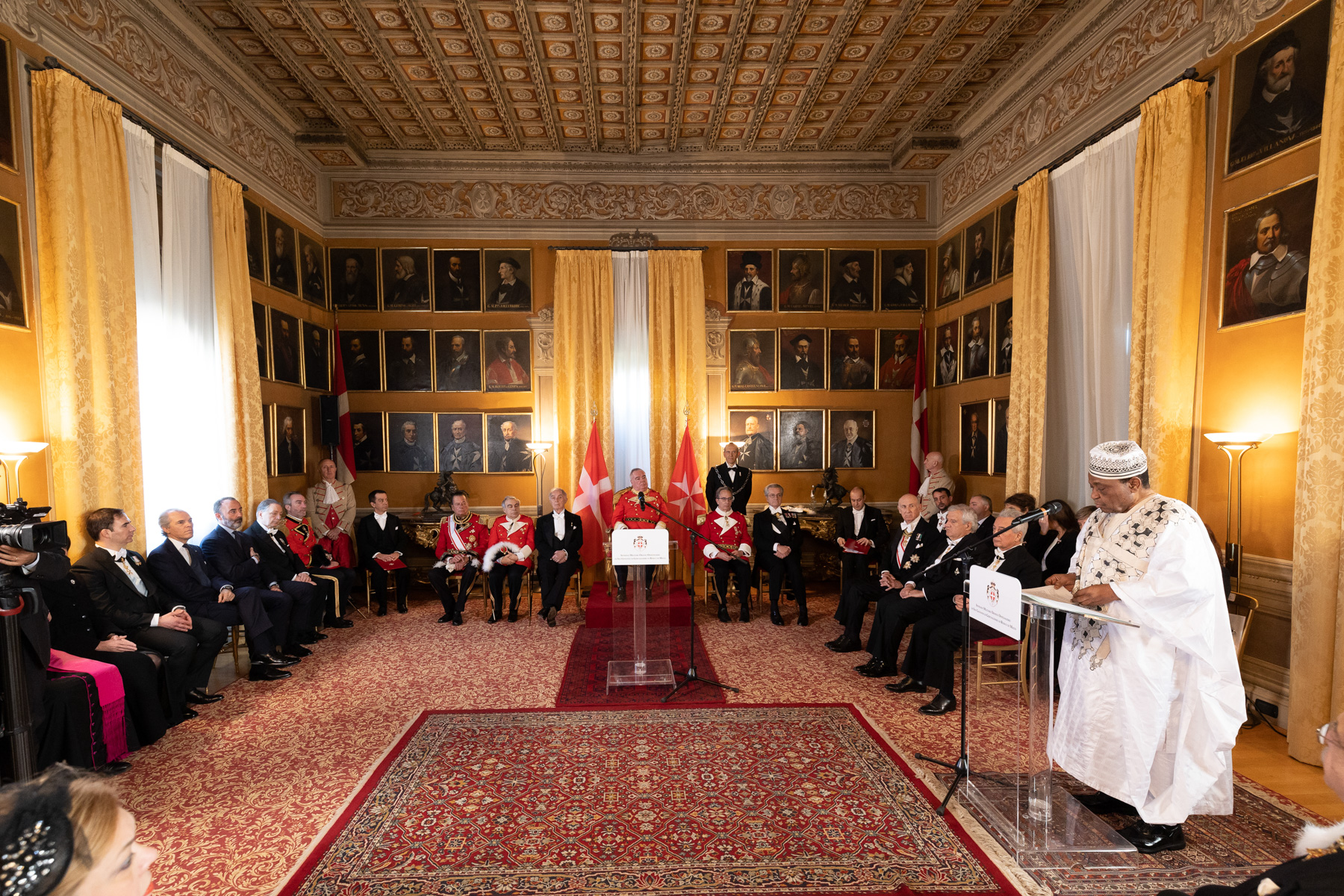 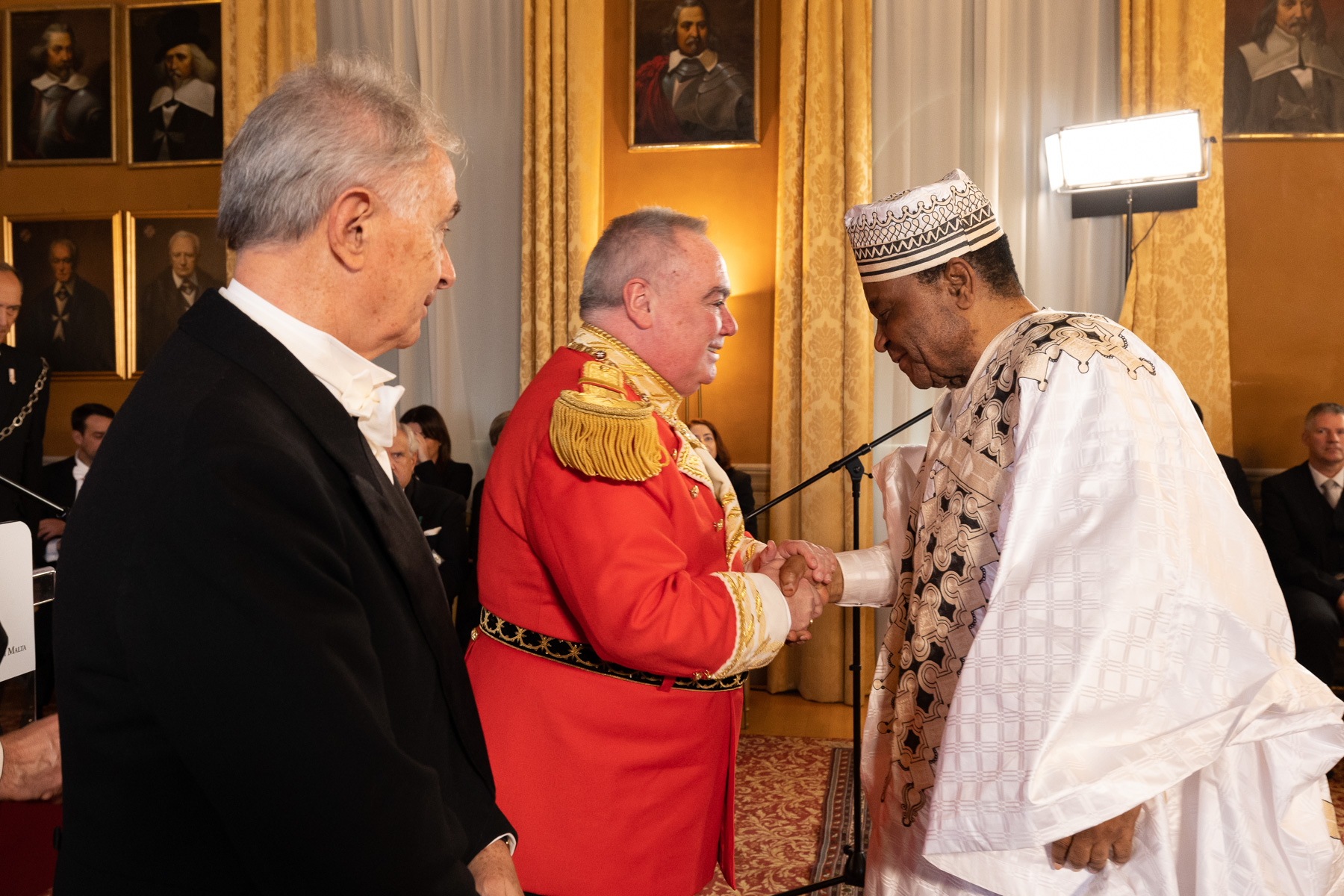