The Basilica of Santa Maria degli Angeli in Assisi welcomed, as every September, the pilgrimage of the Order of Malta’s Italian members. The first led by Fra’ John Dunlap, Lieutenant of the Grand Master.

More than 300 knights, dames and chaplains gathered on the morning of 10 September in front of the Papal Basilica which houses the Porziuncola, the chapel where St. Francis of Assisi gathered in prayer and for this reason considered centre of Franciscan spirituality. The Basilica is also a particularly important place for the spirituality of the Order of Malta because it houses – since the end of World War II – a reproduction of the Icon of the Blessed Virgin of Mount Philermos.

The Holy Mass was celebrated by Mgr. Andrea Ripa, Chief Chaplain of the Grand Priory of Rome.

Father Massimo Travascio, Custos of the Porziuncola, welcomed the Lieutenant of the Grand Master and the pilgrims on behalf of the Franciscan community.

At the beginning of the pilgrimage a message of good wishes by Cardinal Silvano Tomasi, Pope Francis’ special delegate to the Order of Malta, was read.

As per tradition, at the end of the Mass the Order’s members gathered in prayer under the icon of Our Lady of Philermos and then passed through the Porziuncola, the small church so beloved by St. Francis. 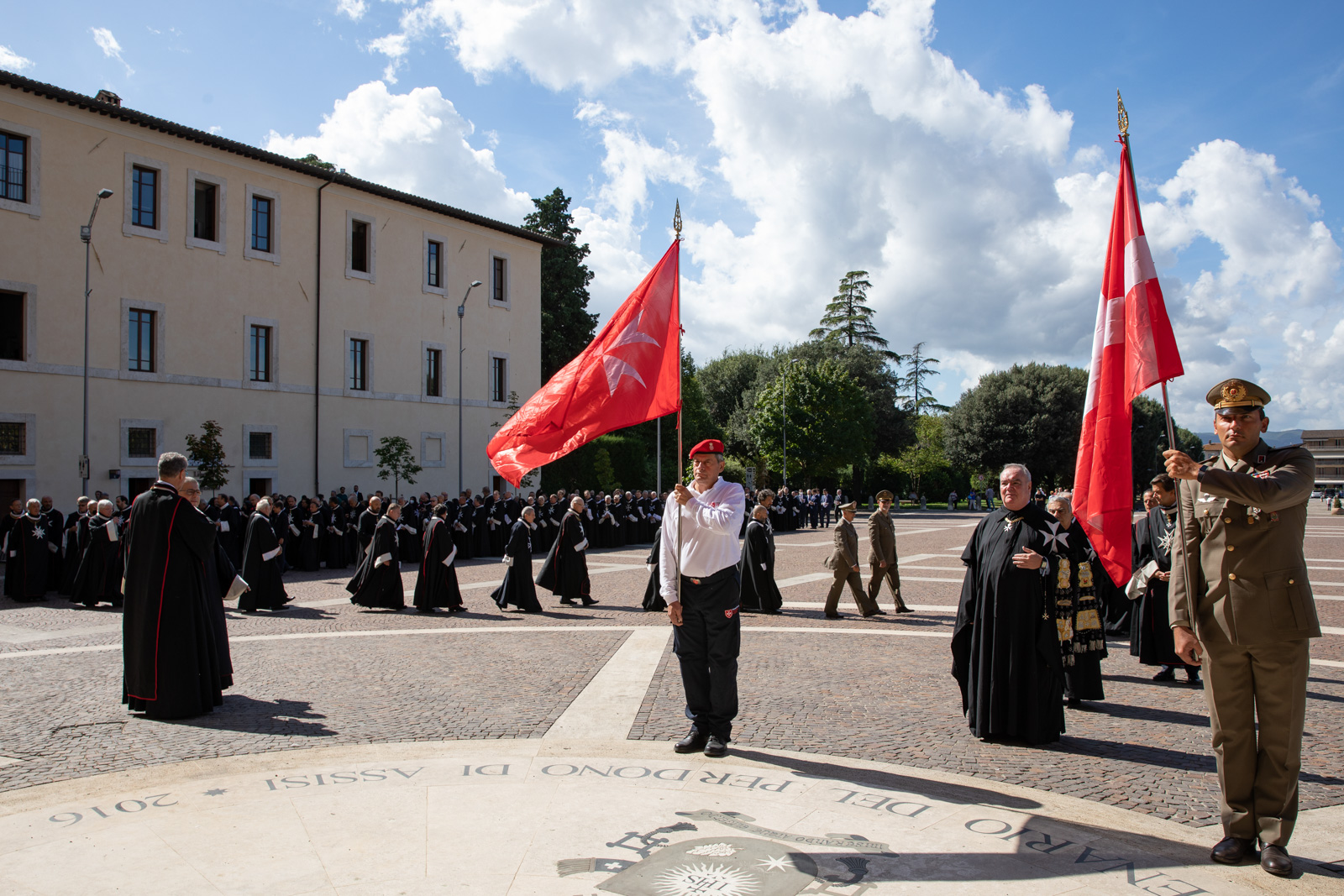 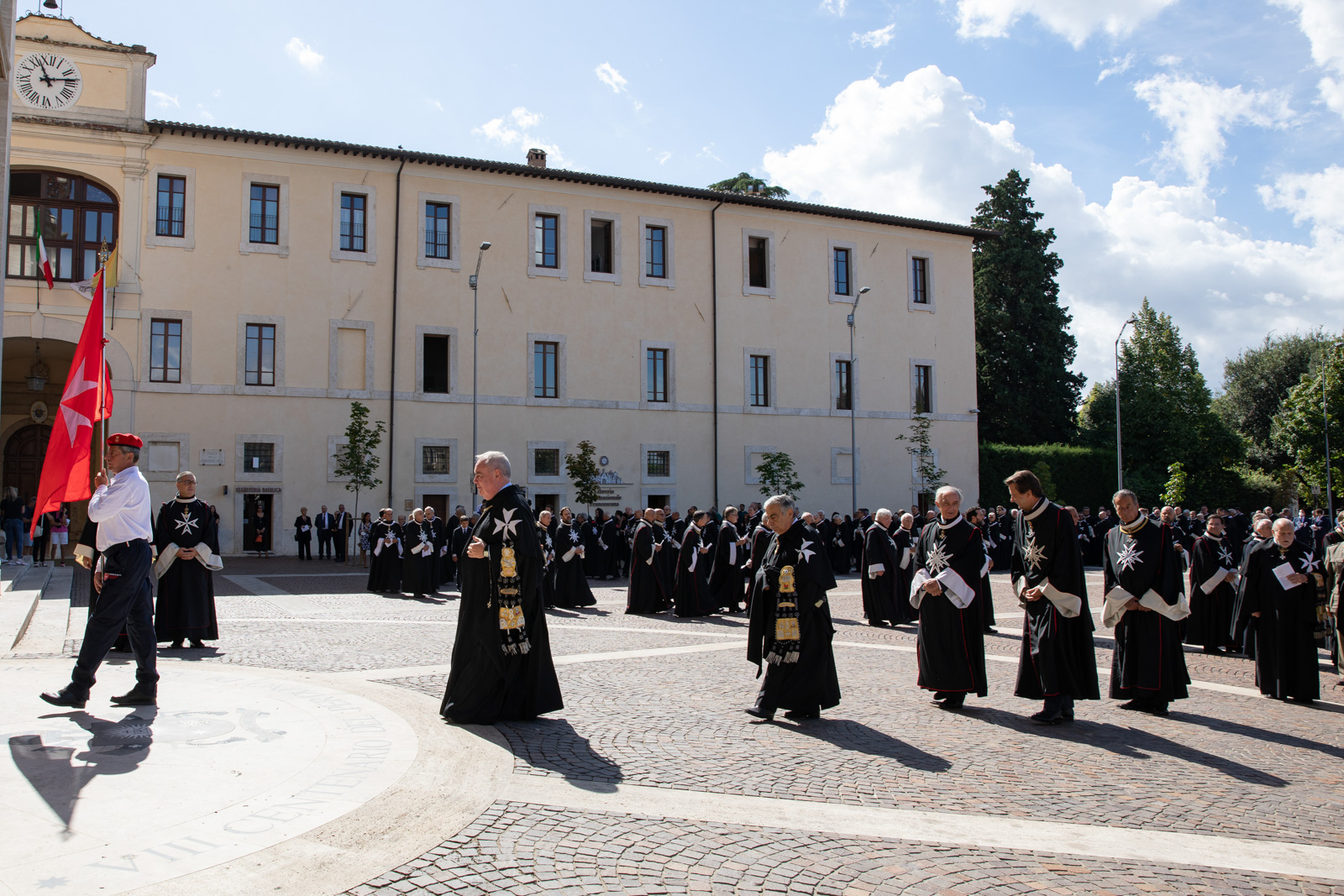 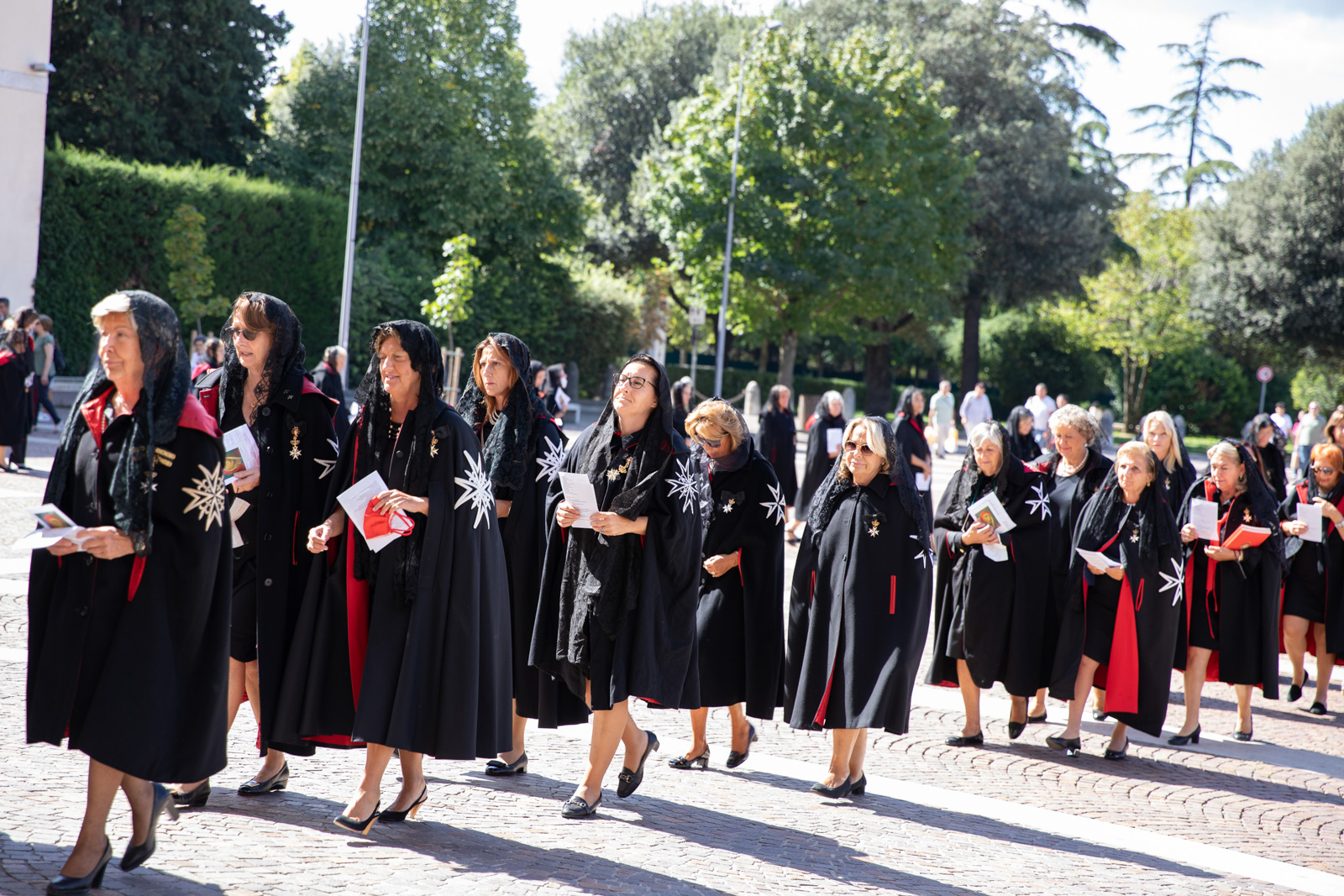 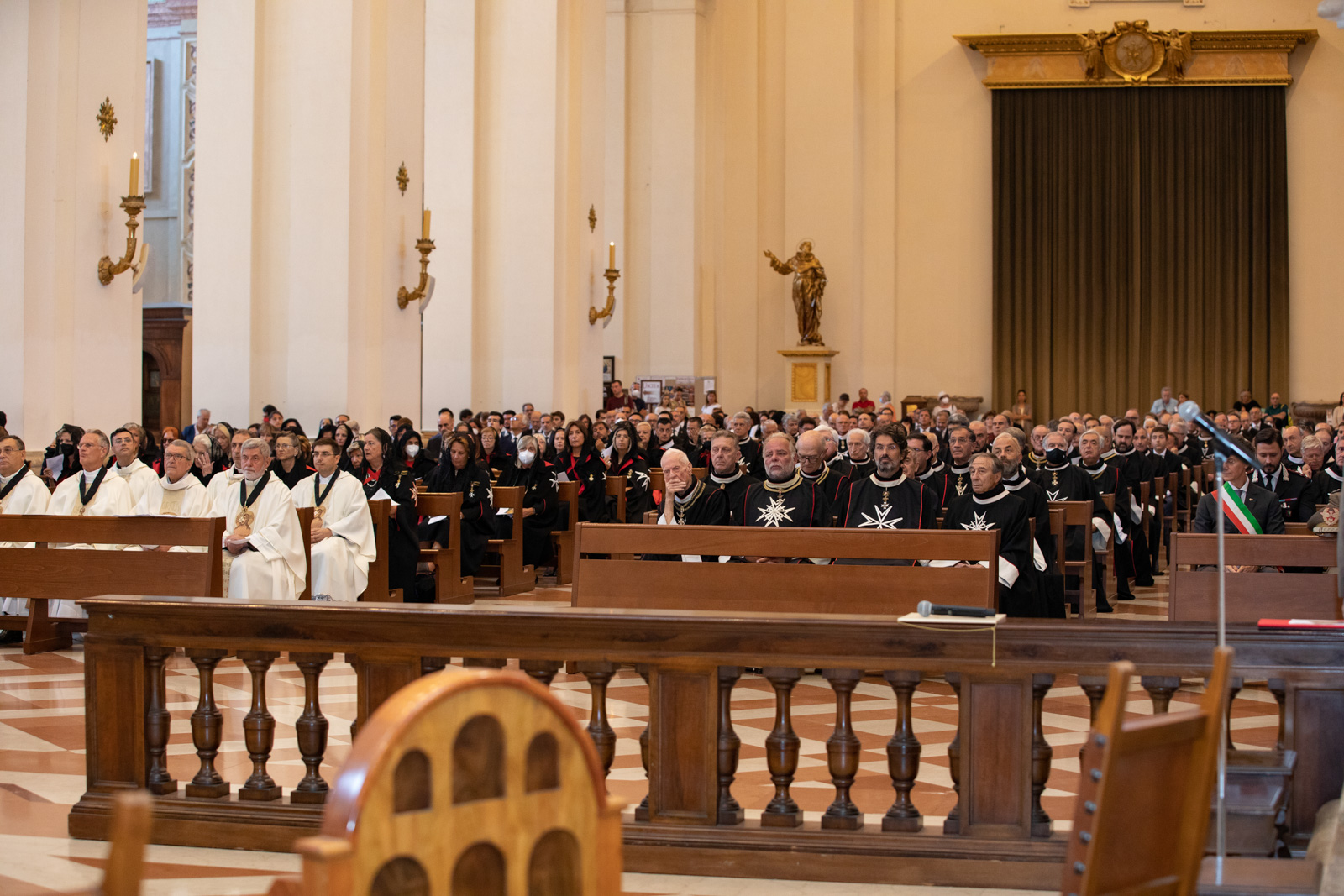 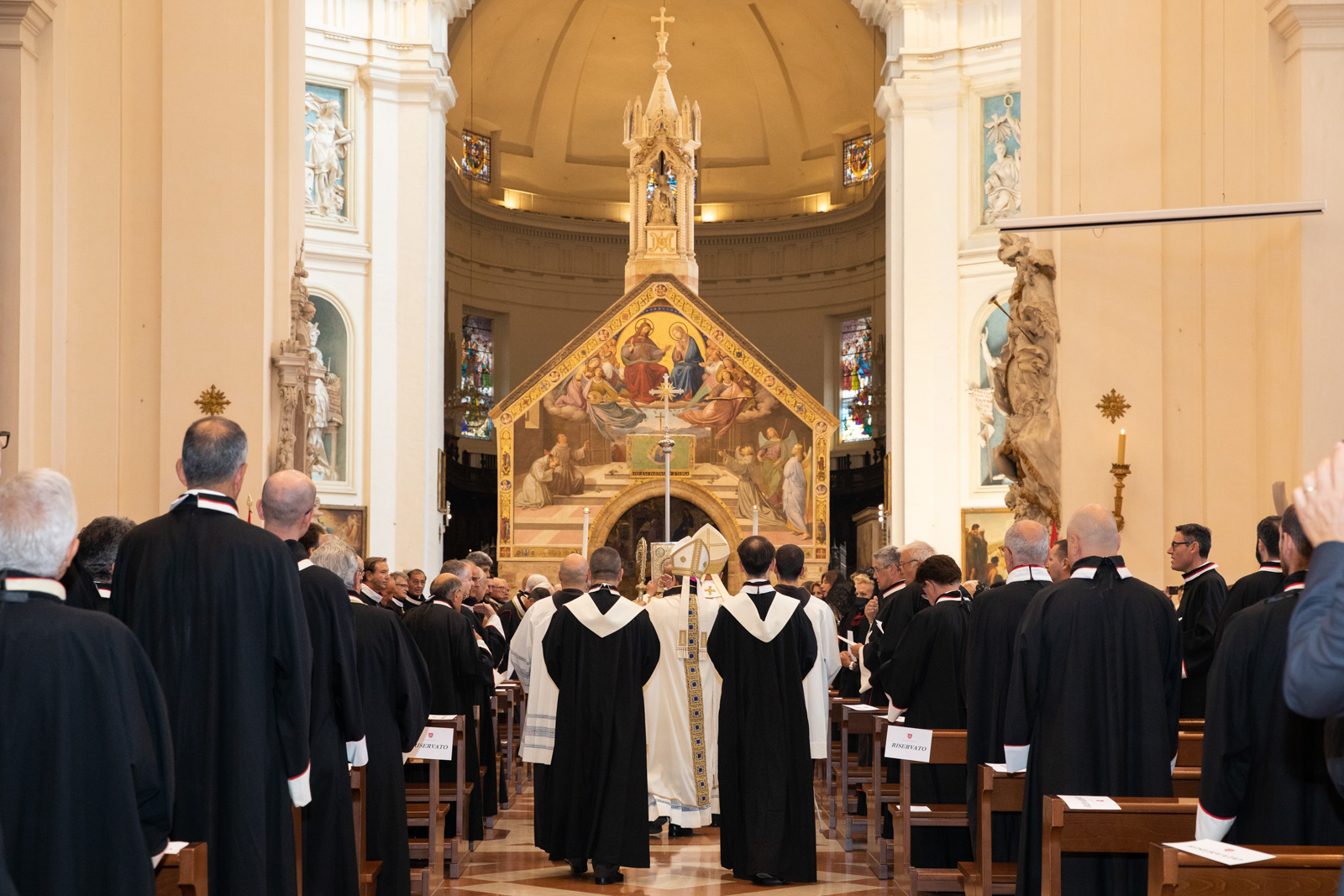 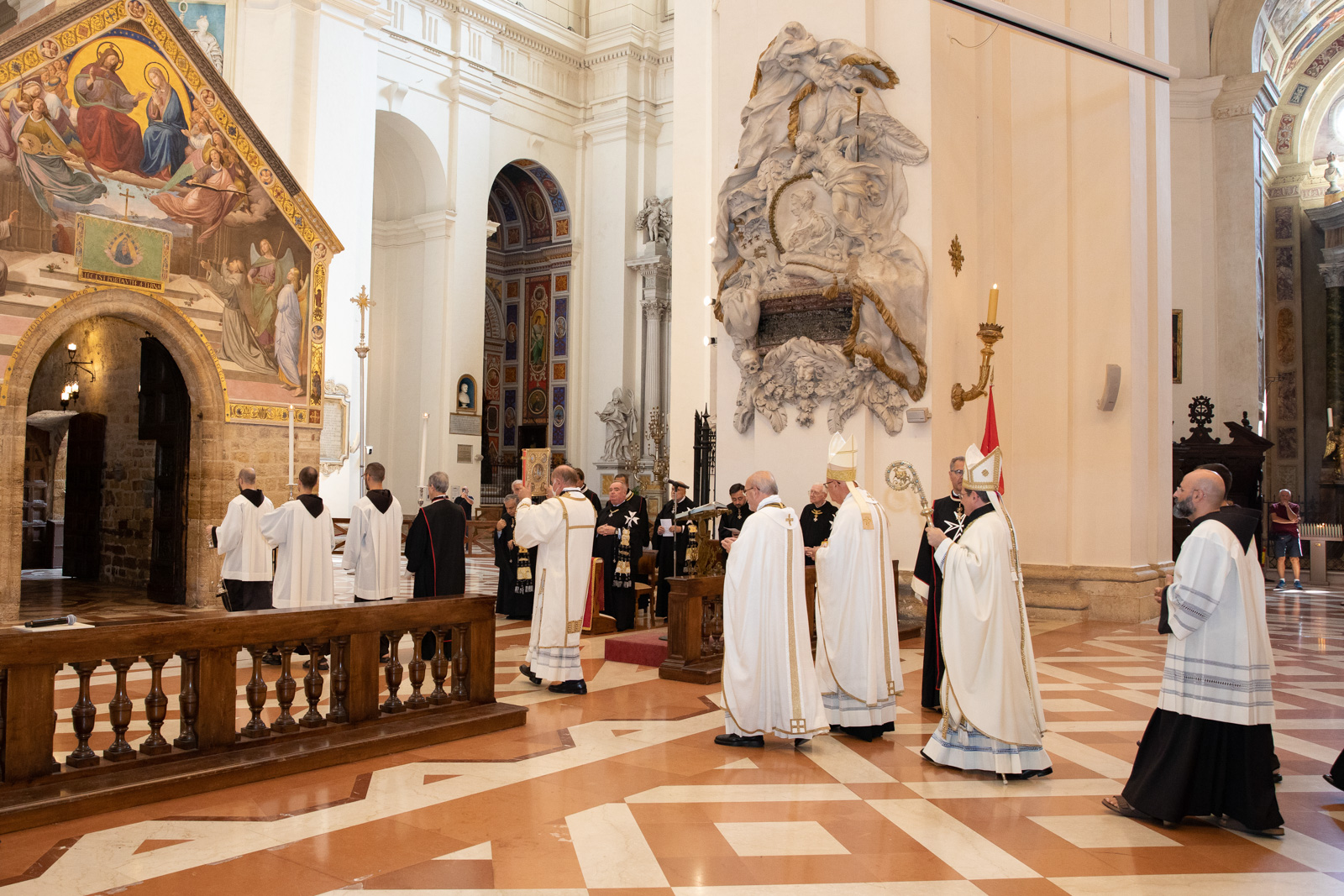 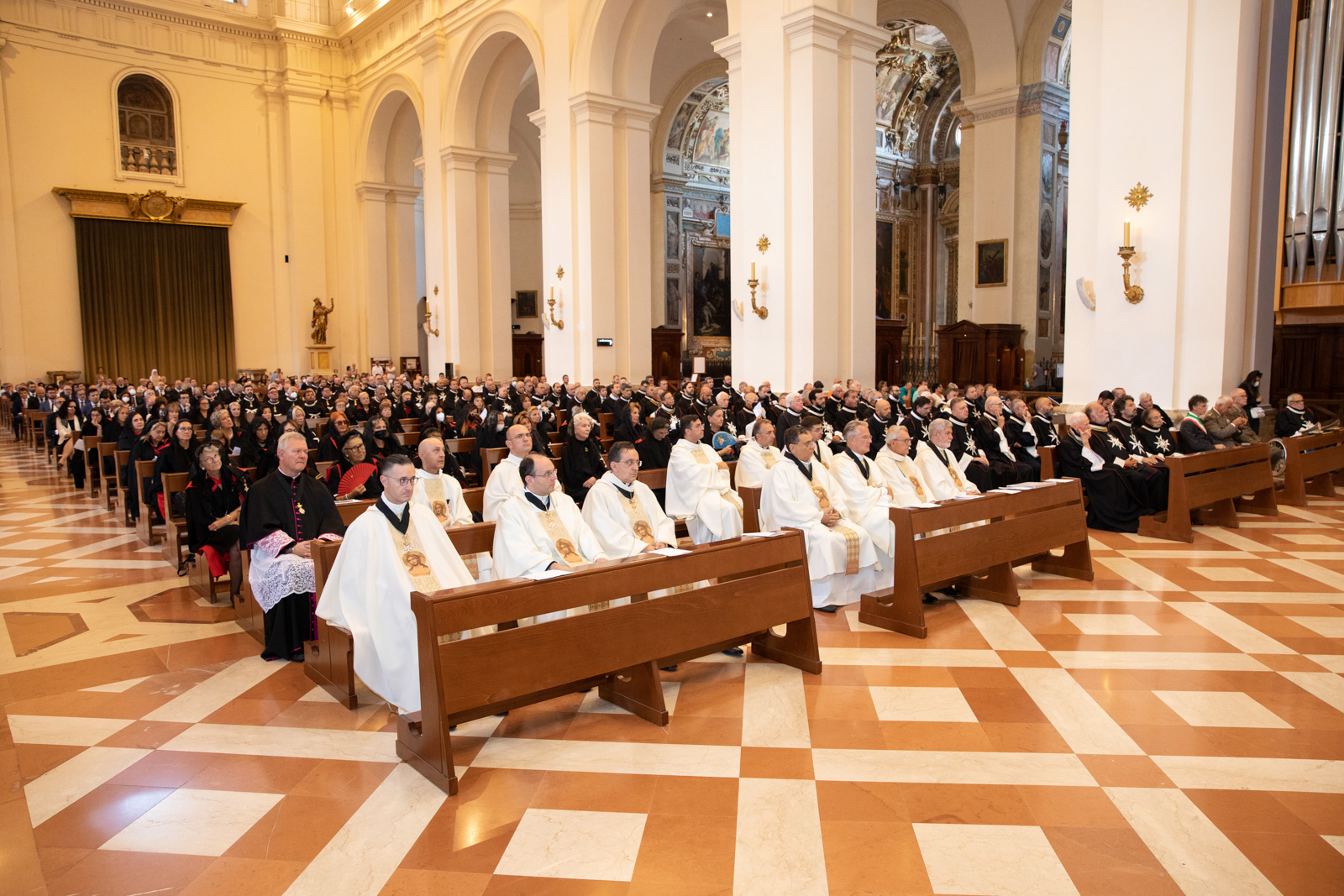 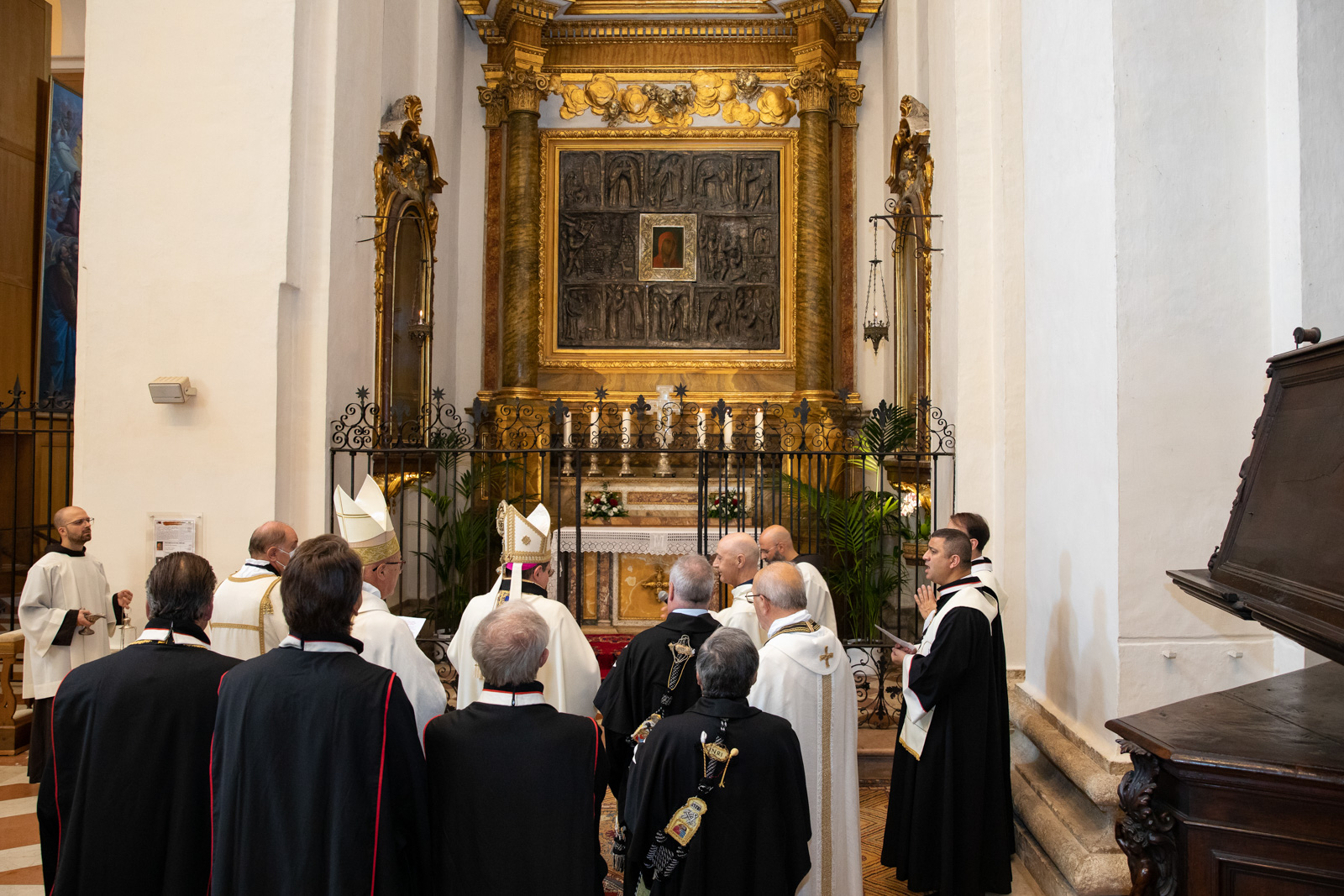