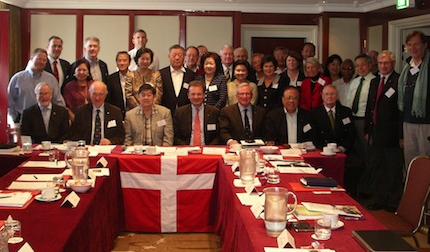 The Order of Malta’s third Asia Pacific Regional Conference, held in Sydney from 12th to 14th October, was attended by delegates from Australia, Singapore, Philippines, Thailand, Hong Kong, Korea, Portugal, Timor-Leste, France, Germany and the Grand Magistry. Representatives from the Order’s specialised agencies CIOMAL, which cares for those affected by leprosy, and Malteser International, the worldwide relief agency of the Order also attended.

Conference delegates reported on the charitable projects at present being undertaken by the Order of Malta in the Asia Pacific Region and how it will organise to support the needy in future.

The Order’s Grand Hospitaller, Albrecht von Boeselager, said of the conference, “The initiative started by the Australian Association to expand into the Asia Pacific region is undoubtedly one of the most important in the recent history of the Order. It is most encouraging to experience how its programmes in the region are growing and how much this encourages all the participants to ever increase their efforts to carry out the Order’s hospitaller mission.”