Cardinal Peter Erdo Bailiff of the Order of Malta 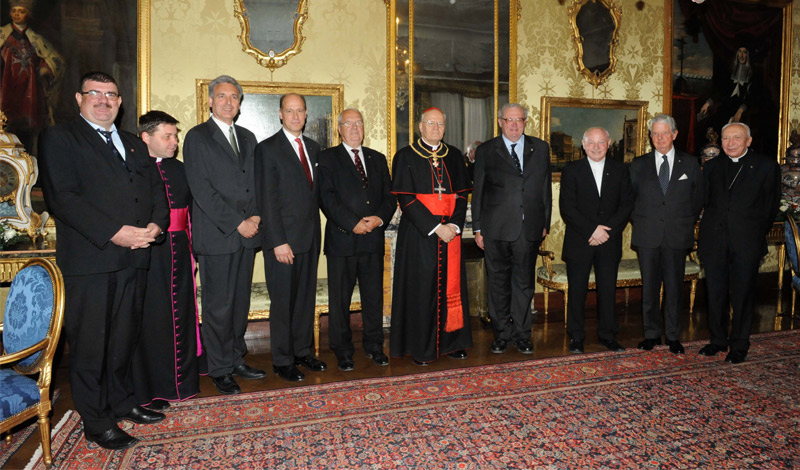 On 29 May, the Grand Master of the Order of Malta, Fra’ Matthew Festing, conferred the insignia of Bailiff Grand Cross of Honour and Devotion on Cardinal Peter Erdo, Archbishop of Esztergom-Budapest, Primate of Hungary, during a meeting in the Magistral Palace, Rome.

“I receive today this distinction as archbishop primate of a country which has strong links with the Order of Malta’s history, because of the people who have served in it and because of the work it has performed,” the cardinal said. “Among the illustrious Hungarian personalities members of the Order of Malta, I remember the blessed Vilmos Apor, bishop and martyr,” killed during World War II. “I want here to acknowledge the Order of Malta’s merits in my country, especially the charitable activities of the Hungarian Association and the initiatives of Mons. Imre Kozma. During the last 25 years, through its assistance service in Hungary, the Order of Malta has given proof of its commitment to the poor, the homeless, the disabled, the unemployed and those living in hardship in the bordering countries, especially in Ukraine,” the cardinal added.