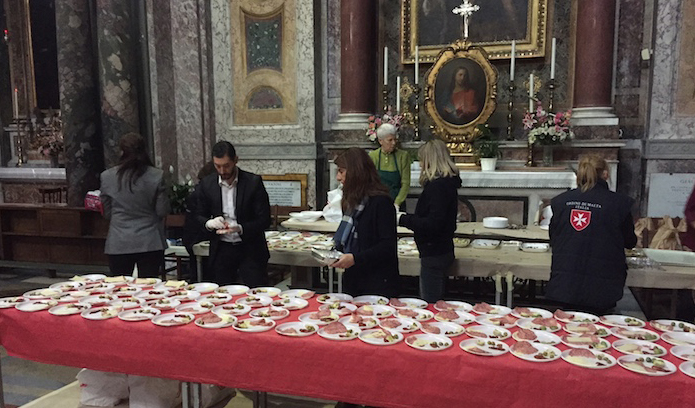 “It’s a great experience, an opportunity for sharing”. It’s now four years that Simonetta Giulietti Pellegrini has been helping to organise the Christmas lunch for the homeless hosted by the Sovereign Order of Malta’s Rome Delegation each year in the Church of San Rocco, a few steps from the Ara Pacis in Rome. Over 400 guests are expected and there’s a lot of cooking to do.

“What makes the event so special is obviously also the venue, which for the occasion is transformed into a soup kitchen with beautifully laid tables,” recounts Simonetta, who together with the other Order of Malta’s volunteers has helped prepare the dishes served during the meal.

Like previous years, the lunch is divided into three shifts to accommodate all the guests. Lasagna, roast meat, potatoes and green vegetables followed by fresh fruit and the traditional Christmas sweets.

“It all works perfectly, we’re very organised by now,” Simonetta tells us, referring to the volunteers’ efforts. There are around 70 people involved in the organisation of the lunch, the same who hand out hot meals weekly to the homeless in the Termini and Tiburtina railway stations in Rome.

“We are already familiar with many of the lunch guests since we regularly encounter them. There’s a growing number of people who have lost their houses and are forced to live on the streets, including parents with small children,” says Simonetta.

For over ten years, the Order of Malta’s Rome Delegation has been offering Christmas lunches to the homeless, thanks also to the contributions of city bakeries.

Similar initiatives are organised by Order of Malta members and volunteers in a number of cities around the world. 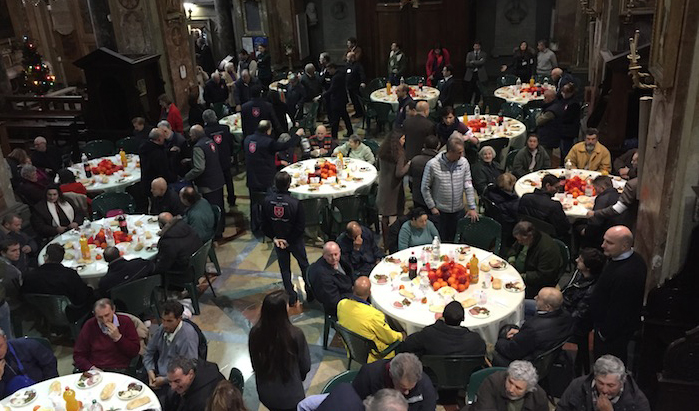 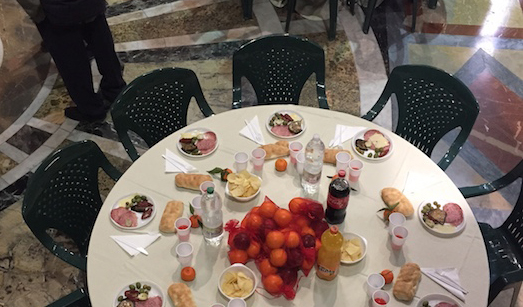