Coats for the homeless project 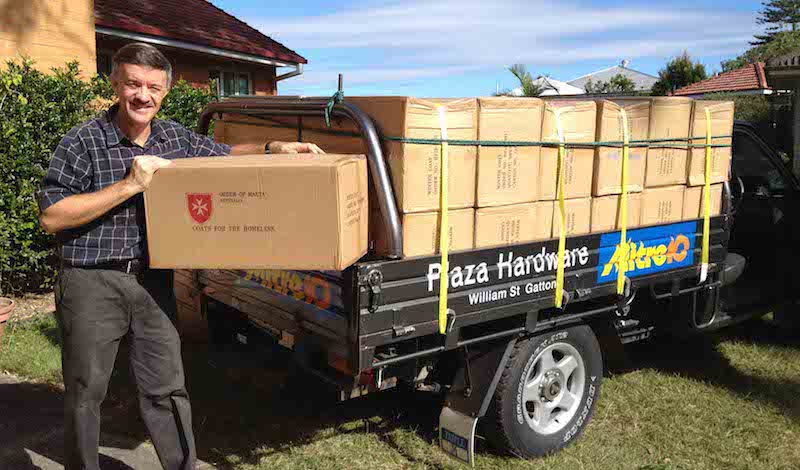 While Australia experienced record-breaking low temperatures this winter, the Order of Malta’s ‘Coats for the Homeless’ project has distributed its custom made coats to the nations homeless population who are unable to find shelter. Every day in Australia 100,000 people experience homelessness and almost 20,000 people sleep rough on the streets of towns and cities.

‘The response to appeal has been fantastic” said Order of Malta Fundraising Manager in Australia, Michelle Rees. “Not only have we received a number of generous donations from members of the Order, corporate sponsors and the Catholic community, but we have been overwhelmed by the number of letters we have received in support of the project.”

While greater awareness of the ‘Coats for the Homeless’ project has increased donations, it has also increased the demand for the Coats. In addition to letters of support, “we have also been contacted by individuals and organisations wanting coats for people sleeping rough in their communities”. Consequently fundraising efforts will continue year round so that the Order of Malta is in a position to distribute further coats next winter.

“We cannot thank enough the people who have supported this appeal” adds Michelle. “Every coat we distribute provides much needed protection to those exposed to the cold and wet ”.