“Easter Lunch” in the gardens of the Magistral Villa After almost three years of interruption due to the pandemic, the “Easter Lunch”, the traditional appointment of the volunteers of the Order of Malta’s Rome Delegation with the neediest, was held again on 23 April. To guarantee pandemic prevention measures, this year the lunch was served outdoors, in the setting of the gardens of the Magistral Villa on the Aventine Hill in Rome. Fra’ Marco Luzzago, Lieutenant of the Grand Master, was also present to share this day with the volunteers and those they assist.

Appointment at 9 am for the approximately 40 volunteers of the ABC Group of the Rome Delegation – coordinated by Benedetto Barberini. In the Church of Santa Maria in Aventino, the Holy Mass was celebrated by Monsignor Vittorio Formenti, chaplain of the Rome Delegation. Tables and chairs were then set out and meals prepared while minibuses shuttled between the metro station and the villa to accompany those unable to walk.

Guests were able to enter the Magistral Villa through the monumental door, with its famous “keyhole”, amid the admiration and envy of the many tourists queuing to admire the Dome of St. Peter.

The spring day turned the event into a real party. The relationship that has now been established between the volunteers and those they assist – many of whom homeless – has encouraged smiles and light speeches, as well the possibility to face some of the problems plaguing the daily life of many. Listening is the main ingredient of every opportunity for meeting.

“In the eyes of these volunteers of ours I see the spirit that animates the Order of Malta’s action to help those less fortunate,” said Fra’ Marco Luzzago. “It is a privilege for me to be able to spend this beautiful day with them.”

Two shifts were arranged to ensure distancing and the meal was served to about 80 assisted, a lower number than in previous appointments, due to the pandemic. After the meal, gift packages containing food supplies and personal hygiene products were distributed.

Founded in 1994, the ABC Group is the largest group of volunteers in the Order of Malta’s Rome delegation. ABC stands for assistance, beneficence and charity. In addition to special meals for the Easter and Christmas holidays, the group serves

meals for the homeless weekly at the Termini and Tiburtina railway stations. After the pandemic, the Thursday service remained at the Tiburtina station (for about 350 assisted) while the one in Termini turned into an itinerant service, with food parcels being delivered in the various points where the homeless are located in the city of Rome. 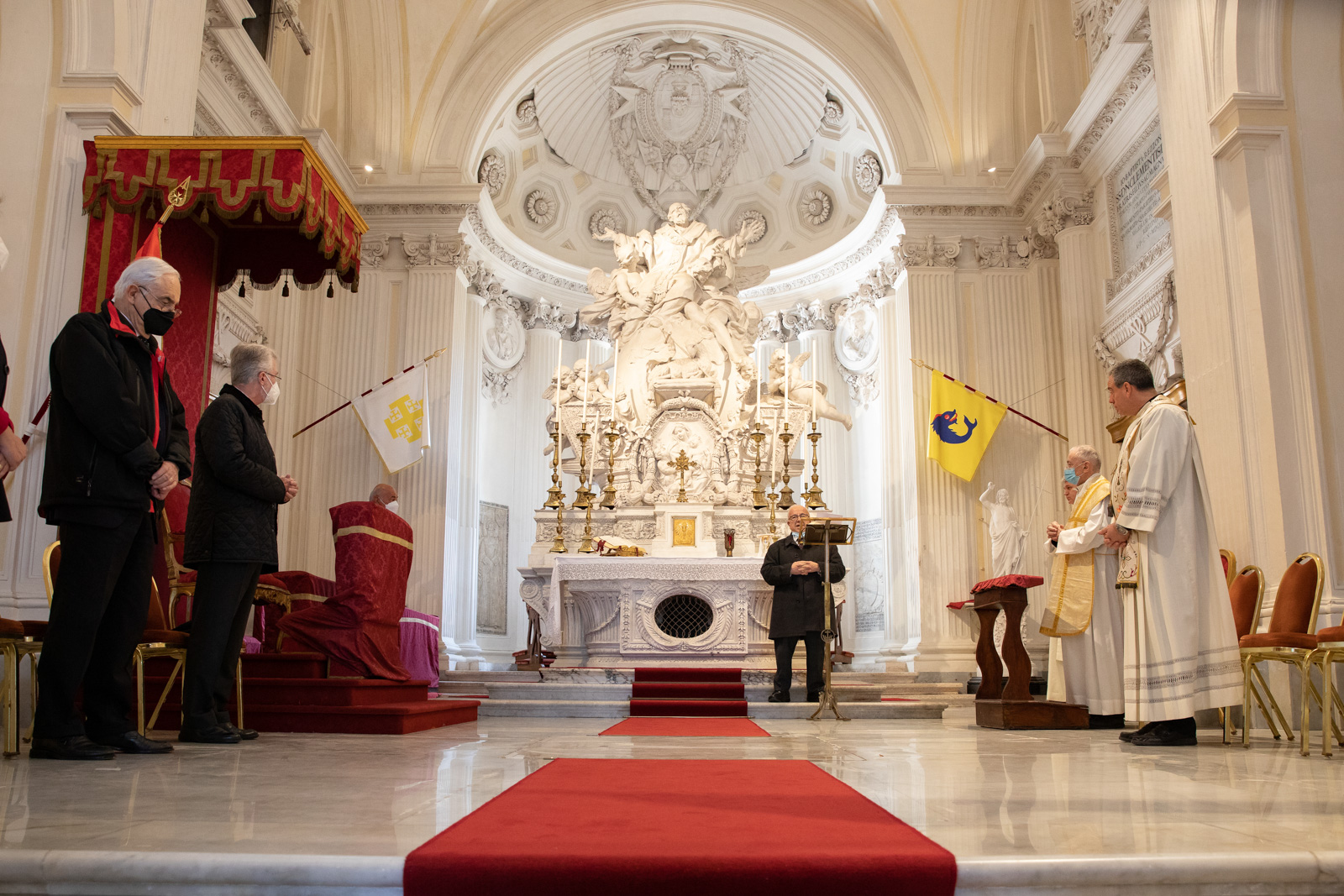 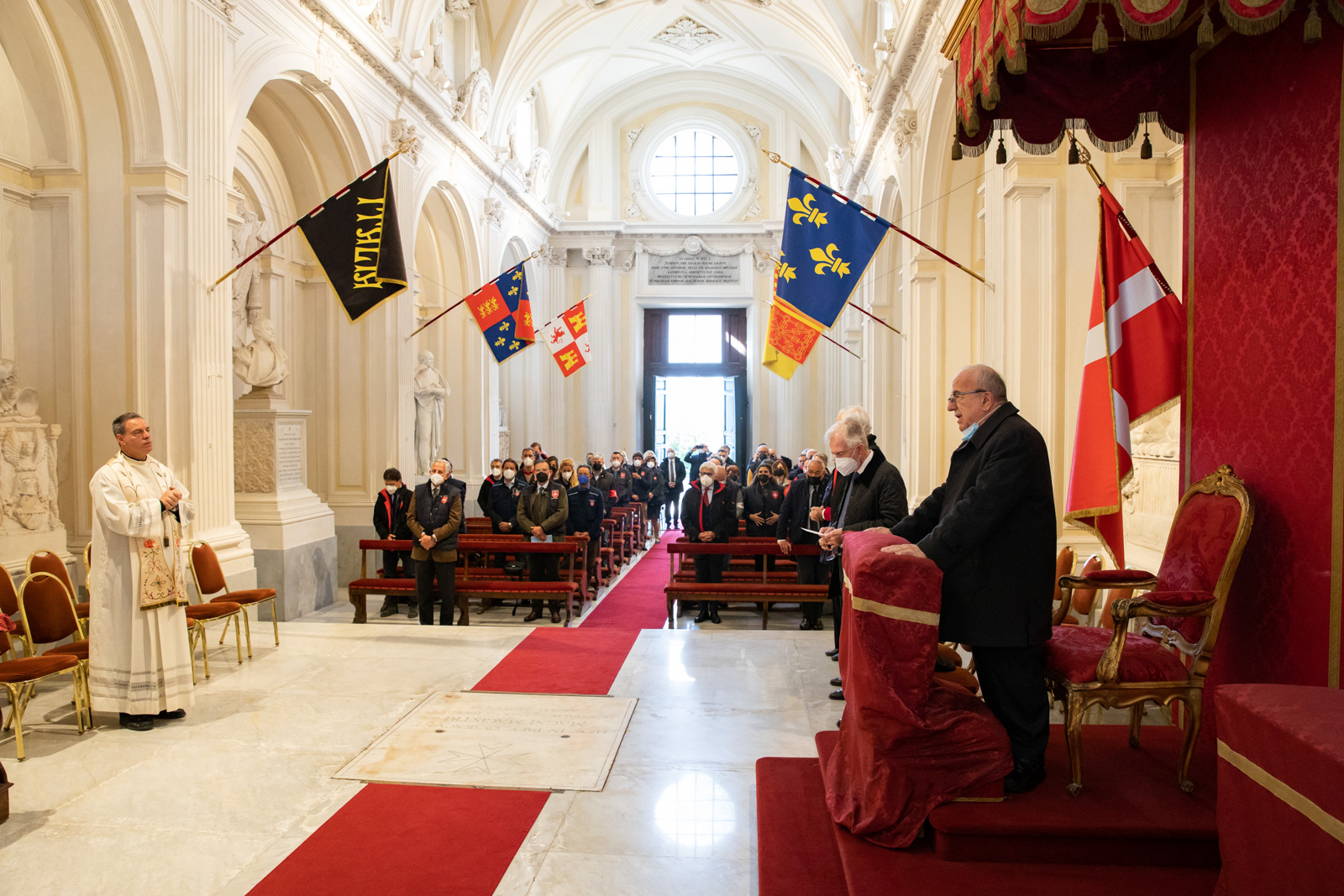 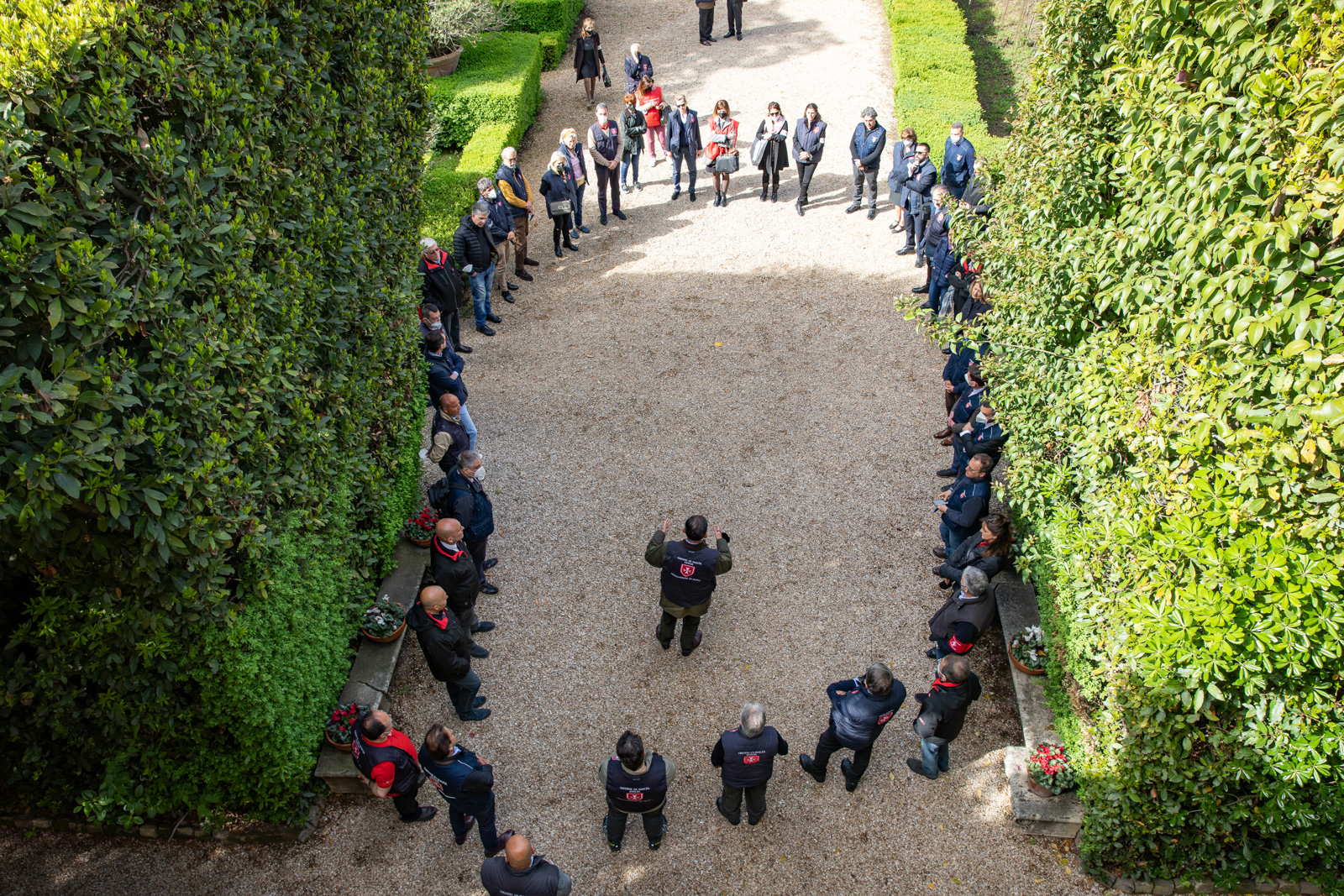 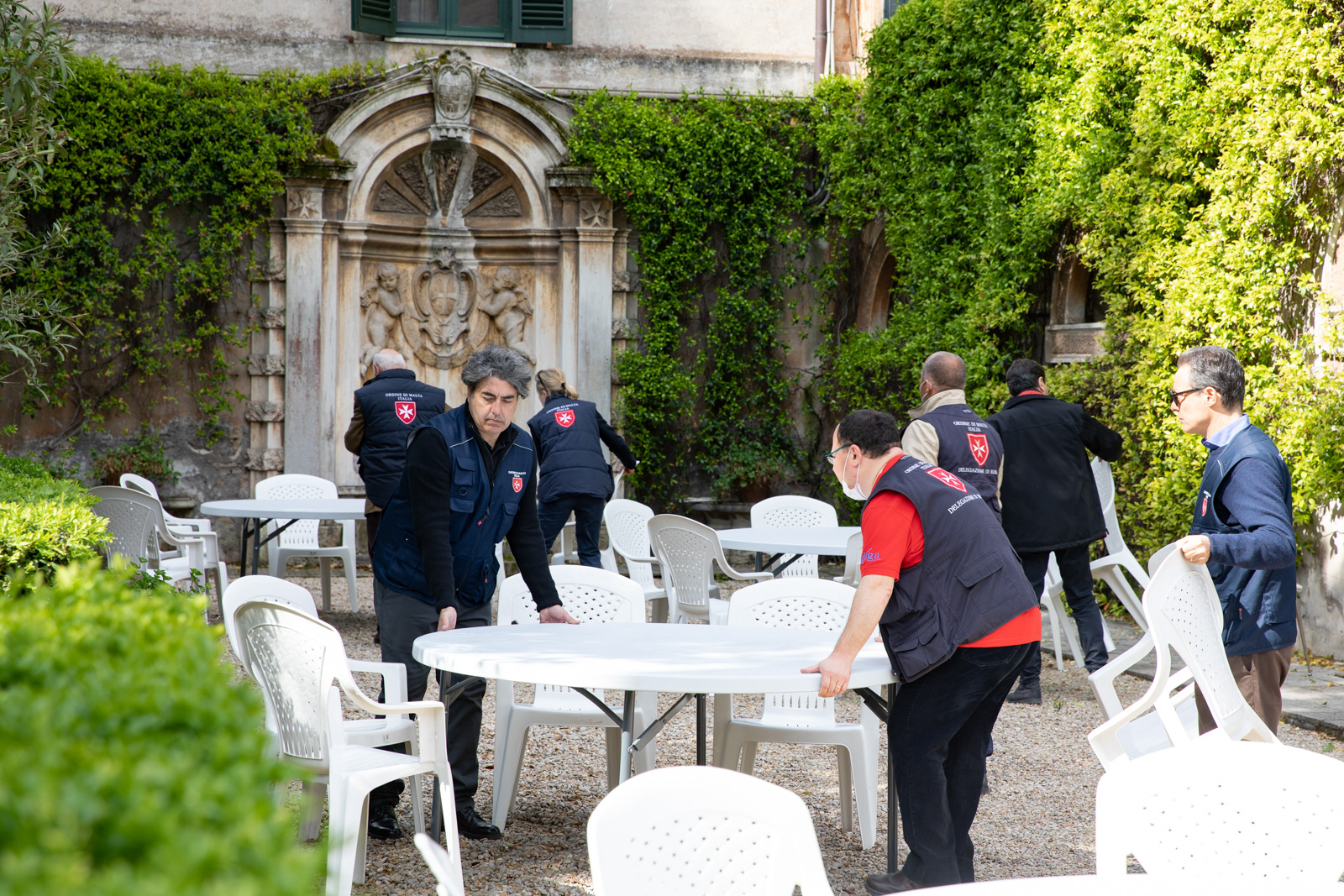 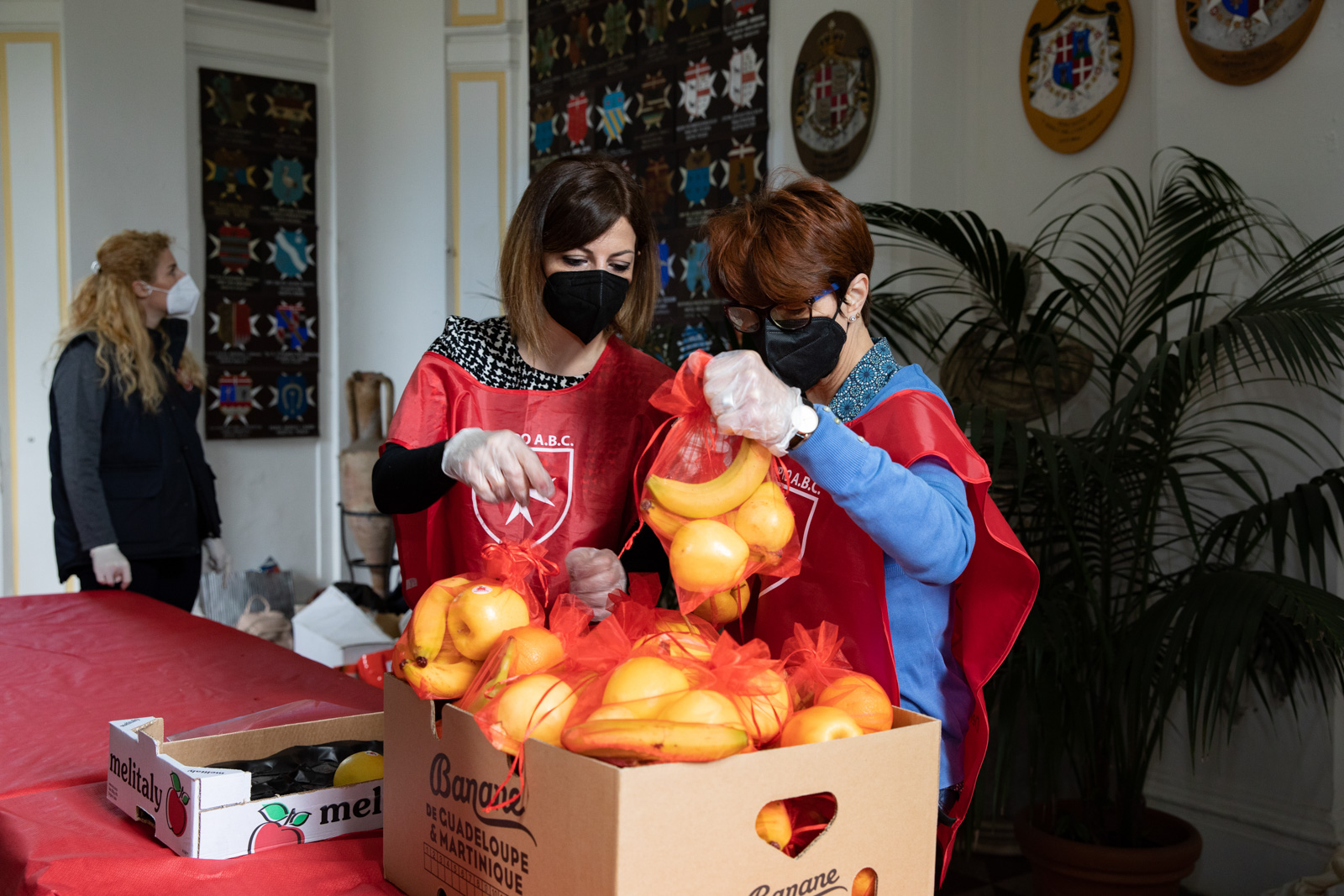 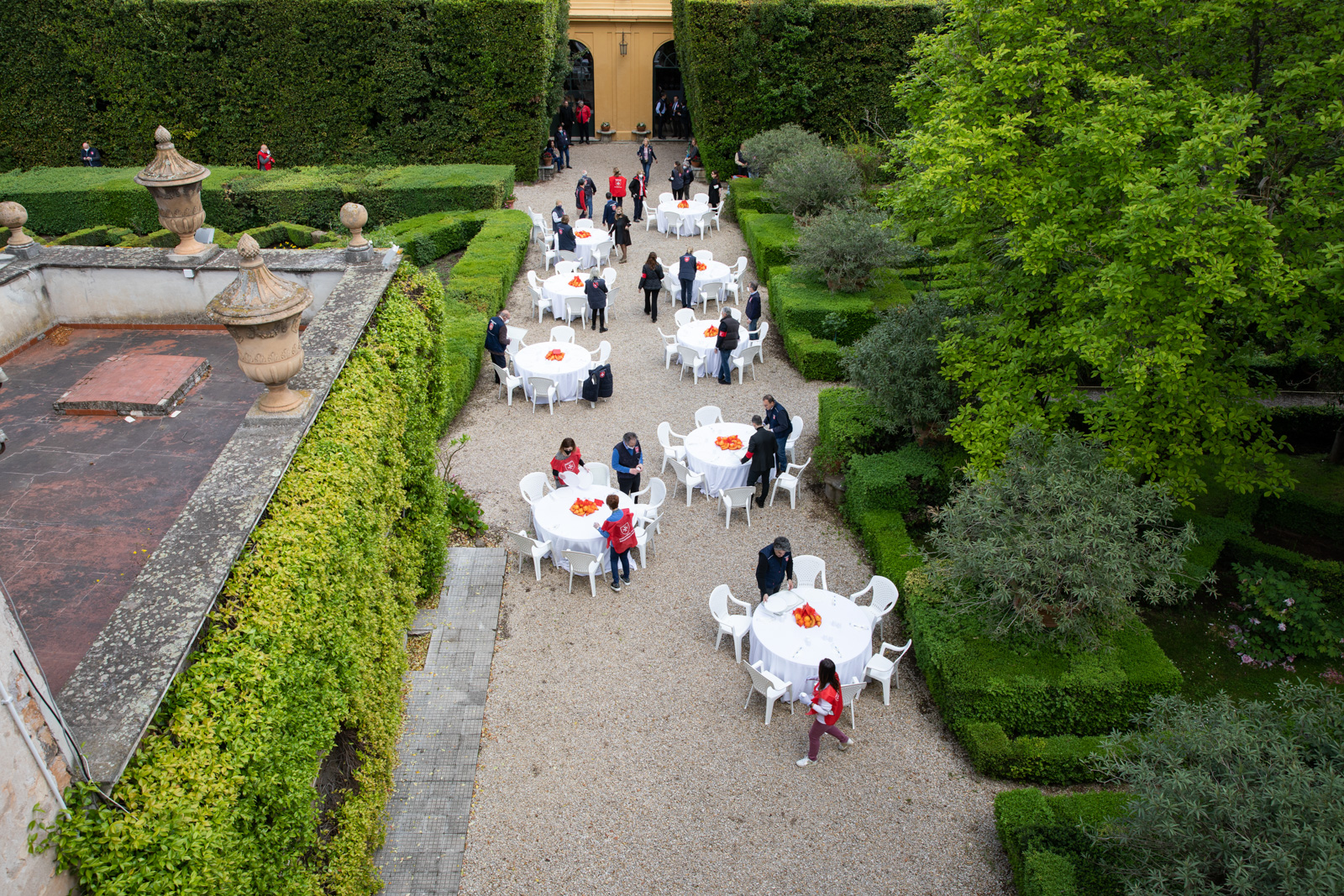 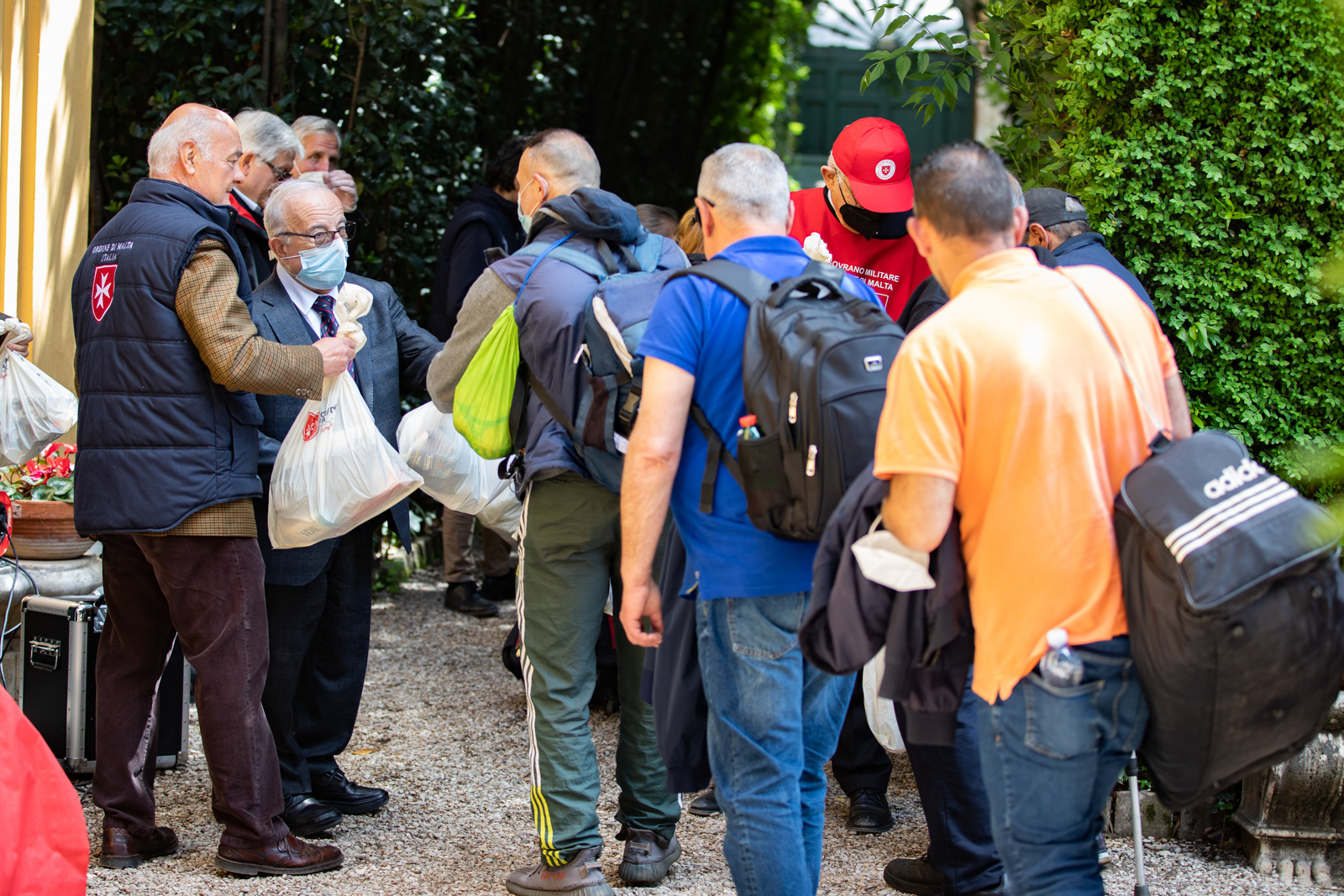