Floods in Bulgaria: the Order’s Embassy in Sofia organizes volunteers and emergency aid 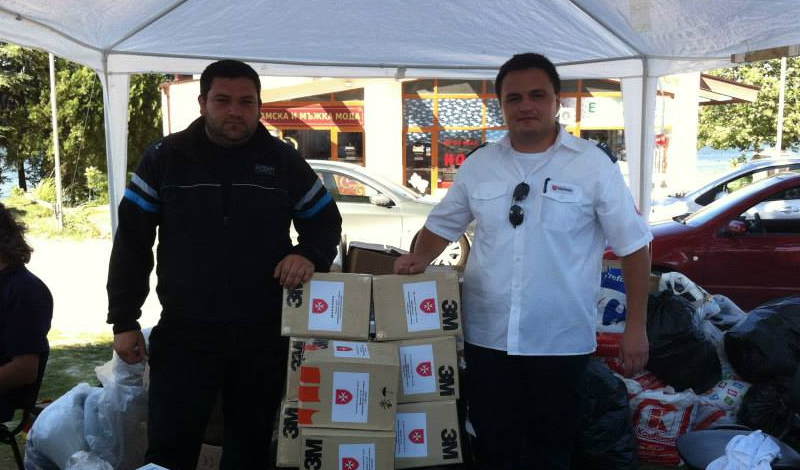 In Bulgaria the torrential rain and flash flooding in July and August and again during last week have caused the death of fifteen people and forced thousands to leave their devastated homes. Besides the hundreds of houses, many other community buildings, such as orphanages, schools and homes for the elderly, were also destroyed.

Camillo Zuccoli, the Sovereign Order of Malta’s ambassador to Bulgaria, has been in contact with the mayors of Asparuhovo and Mizia, two of the most affected areas, to set up groups of volunteers – coordinated locally by First Counsellor Bogdan Patashev – to help those most in need.

The Order of Malta’s volunteers have organized the distribution of first-aid supplies, medicines, clothing, mattresses and personal hygiene and disinfection products. The embassy has handed over similar donations – along with specialised equipment for operating theatres, reanimation and neonatal departments, with television monitoring devices, defibrillators, ultrasound scanners, endoscopes, gastroscopes, plus two ambulances – to the towns of Blagoevgrad, Malko Tarnovo, Sandanski and Satovcha.

Equipment for schools in Belene
During the celebrations on 5th September last for the 50th anniversary of Belene’s establishment as a city, the Sovereign Order of Malta’s embassy was able to grant Mayor Momchil Spassov’s request for IT equipment for two elementary schools. Ambassador Zuccoli delivered thirty-six computers – donated by the representative of the Republic of China (Taiwan) in Greece and Bulgaria, Amb. Paul Chang – to the same number of pupils.