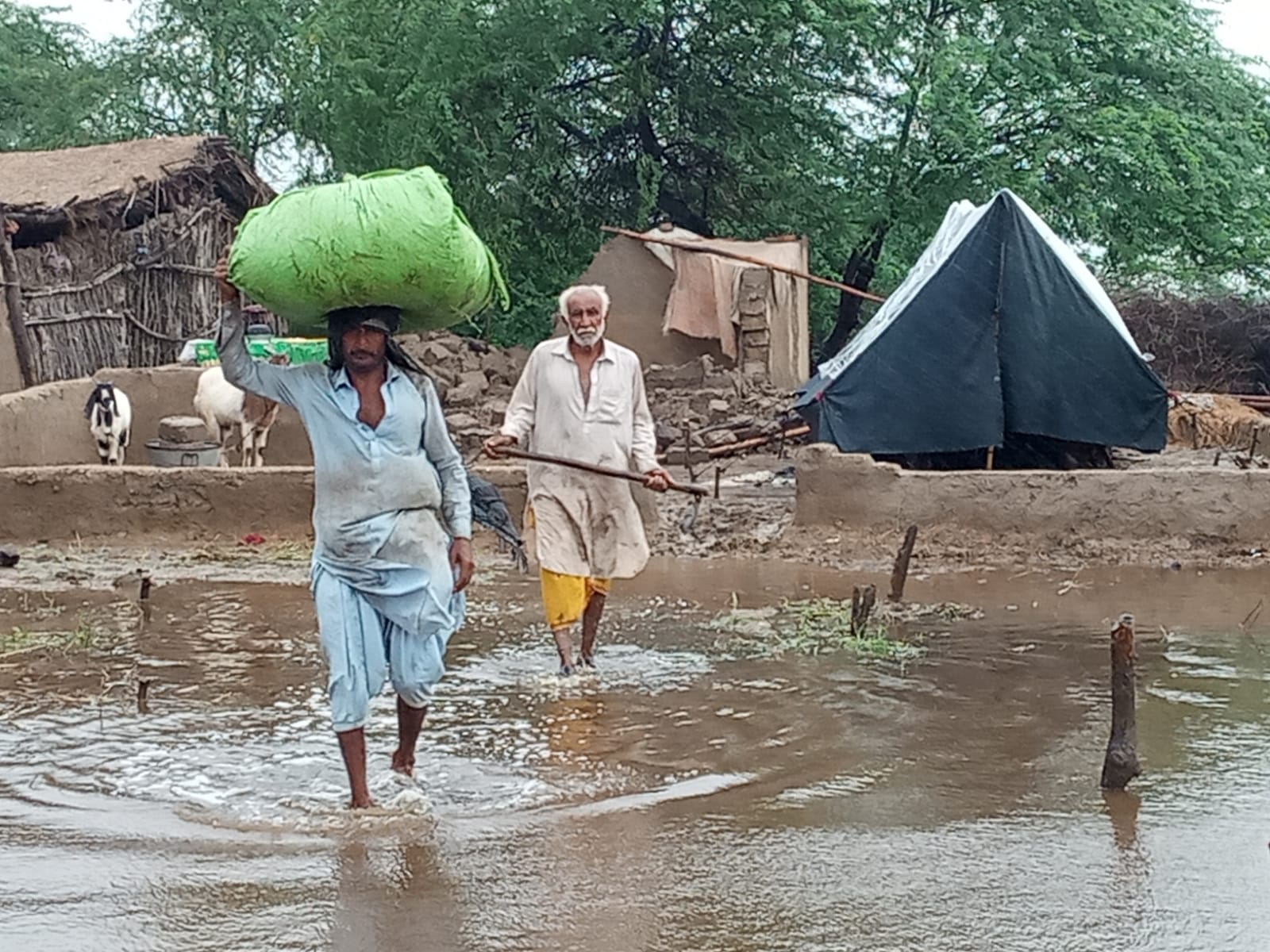 After epochal level of rain and flooding in the past months, 33 million people in Pakistan are affected by the monsoon. The climate catastrophe has killed more than 1,000 people, with many more injured.

Malteser International teams are in action, providing funds for first emergency relief measures. “The situation in the flooded areas, like in Sindh province, is devastating. Heavy rains have started in June and now diseases such as cholera threaten to break out. Together with our partner, we are going to send mobile medical teams to the most affected regions to prevent the spread of epidemics. We are also going to distribute tents, medicines and cash to 6,000 particularly vulnerable families in the districts of Sanghar and Mirpur Khas,” says Cordula Wasser, Head of the Asia Department of Malteser International.

In the past weeks, volunteers trained by Malteser International have assisted in rescue operations and in the evacuation of families in the severely affected province of Sindh (the region of Karachi, in southeastern Pakistan). In training sessions, the volunteers were trained to warn the population of disasters at an early stage and to accompany people to higher grounds during floods. In addition, the teams were equipped with tents, tarpaulins and hygiene kits for emergencies.

According to the Pakistani government, this year’s monsoon rains are the heaviest in 30 years. One million houses have already been destroyed or damaged. One in seven inhabitants of the South Asian country has been affected by the floods. The country’s government has appealed for international assistance.

Antonio Guterres, UN Secretary general, has appealed for international assistance: “This colossal crisis requires urgent, collective action to help the Government and people of Pakistan in their hour of need.” 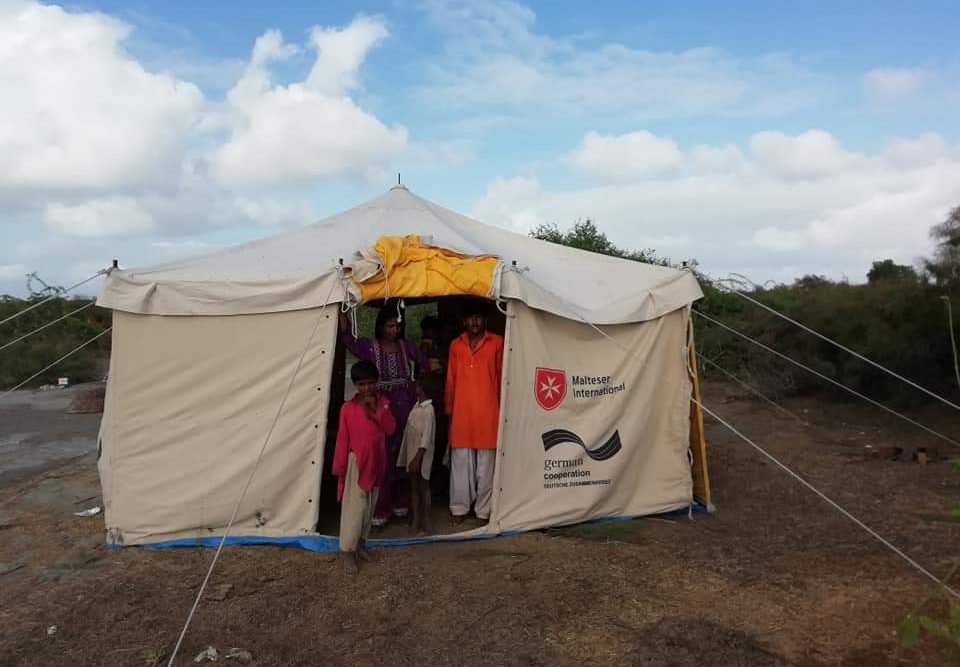 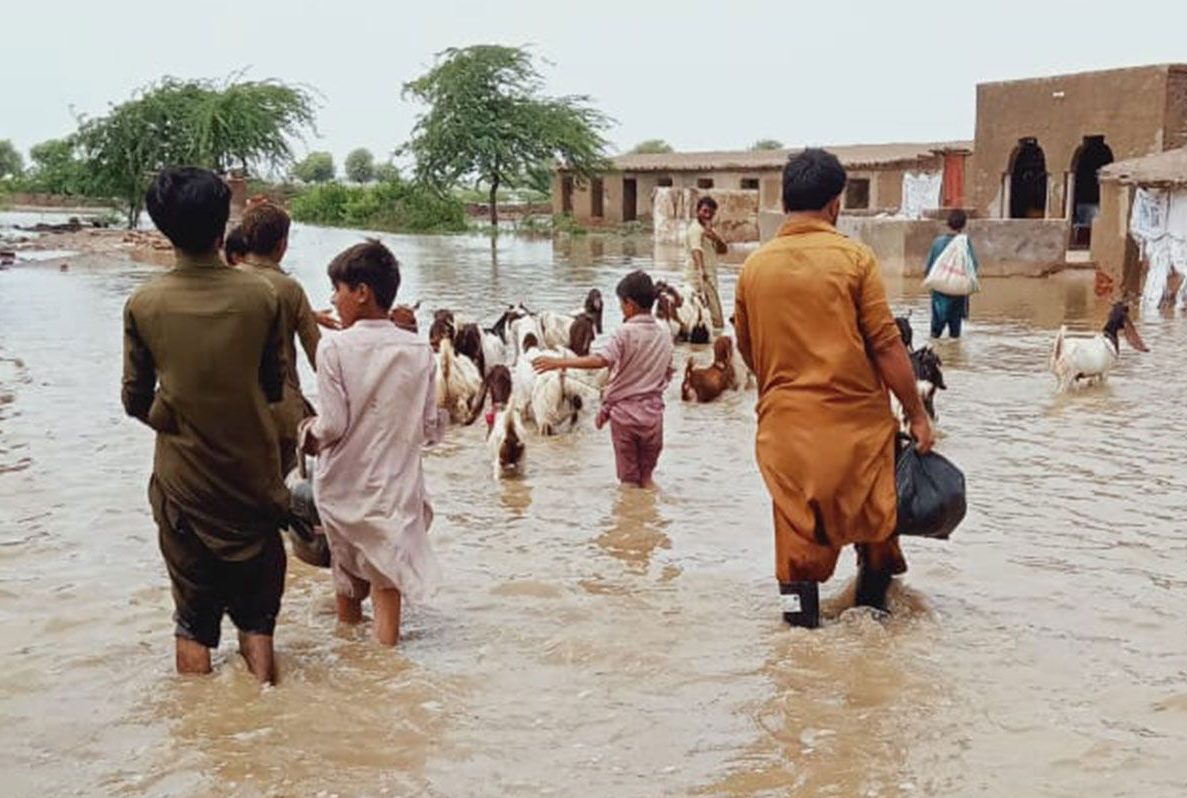