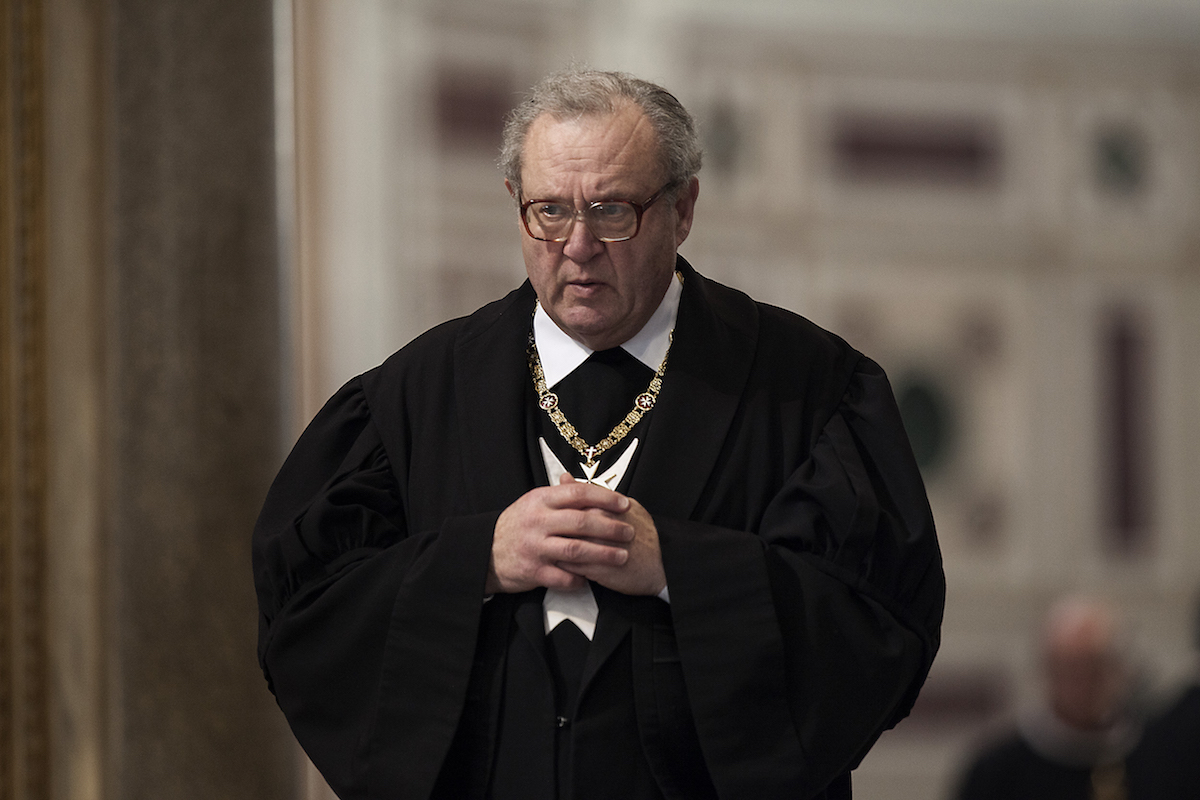 With profound regret the Grand Magistry announces the death of Fra’ Matthew Festing, 79th Grand Master of the Sovereign Order of Malta, who has died today in Malta at 71. Elected in March 2008, he served as Grand Master until January 2017.

Fra’ Matthew Festing was in Malta, where on 4 November he attended the solemn profession of religious vows of Fra’ Francis Vassallo in St John’s Co-Cathedral in Valletta. A few hours later he felt ill and was taken to hospital where his condition appeared immediately serious.

The Lieutenant of the Grand Master, Fra’ Marco Luzzago in offering prayers for Fra’ Matthew, invites all members and volunteers of the Order of Malta to pray for his soul.

Robert Matthew Festing was born in Northumberland, England, in 1949, he was educated at Ampleforth and St. John’s College Cambridge, where he read history. Matthew Festing served in the Grenadier Guards and held the rank of colonel in the Territorial Army. An art expert, for most of his professional life he worked at an international art auction house. He was appointed OBE (Order of the British Empire) by Queen Elizabeth II and served as one of her Deputy Lieutenants in the county of Northumberland.

Fra’ Matthew Festing became a member of the Sovereign Order of Malta in 1977 and took solemn religious vows in 1991. Between 1993 and 2008 he was Grand Prior of England, the first holder of that role for 450 years. In this capacity, he led humanitarian aid missions to Kosovo, Serbia and Croatia. He was a descendant of Sir Adrian Fortescue, a knight of Malta, who was martyred in 1539.

Elected Prince and 79th Grand Master on 11 March 2008, he resigned the position on 28 January 2017.
During his 10 years at the helm of the Order, he travelled to the five continents to strengthen diplomatic relations with countries and to see the Order’s works around the world at first hand. He has taken part in dozens of Order of Malta pilgrimages to Lourdes and others Marian shrines, taking personal care of disabled pilgrims.

The date of the funeral has not yet been established.