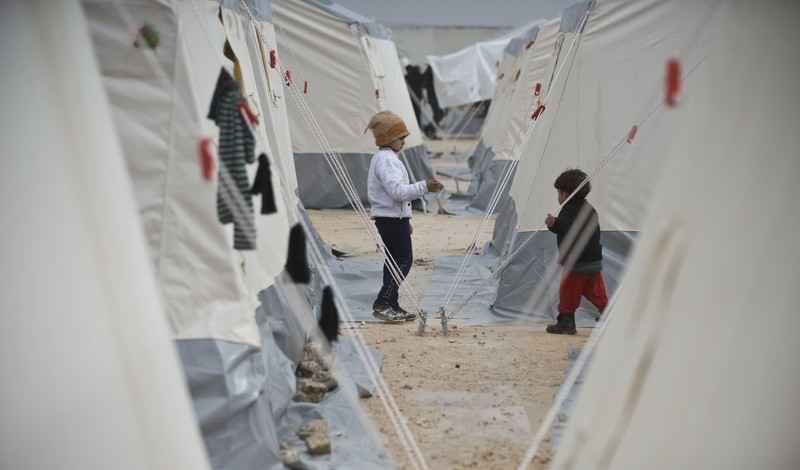 Humanitarian situation set to worsen despite commitments at donor conference

Tens of thousands of people are fleeing towards the Turkish border from Aleppo, as the Syrian government forces advance. The Order of Malta’s worldwide relief agency, Malteser International, is planning the distribution of tents and other aid for the newly arriving displaced people, and is already distributing blankets as a first measure. Government troops have recently taken control of the principal highway from Turkey to Aleppo, raising fears that the humanitarian aid that had had previously been transported to the embattled city over the border crossing at Oncupinar will cease. “This development affects us directly,” said Sid Peruvemba, Vice Secretary General of Malteser International: “Our Syrian partner operates medical facilities in the city and region of Aleppo. The staff risk their lives every day to help people in need.”

Despite promises of an increase in funding for the assistance of people affected by the Syrian Conflict made at a conference of donor nations in London on 4 February, there is little prospect of an improvement of conditions for people in the country. “The suspension of peace talks in Geneva means that the chance of a political solution to the conflict remains extremely small. All efforts need to be focused on making sure aid organizations have unhindered access to people in need. Conditions in the cites under siege are unbearable, and the intensification of the bombing with the involvement of the Russian air force has led to an increasing number of dead and wounded people in recent days and weeks” concluded Peruvemba.